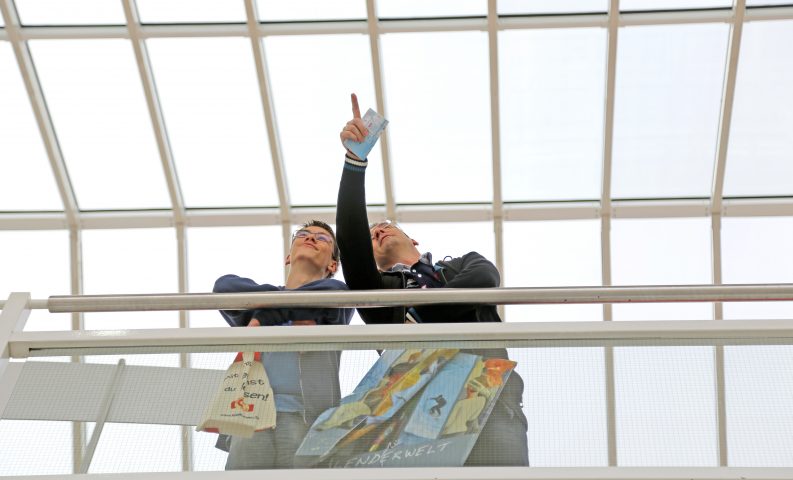 A fast-growing presence from the Italian industry at Frankfurt Book Fair means more events and space, along with an emphasis on Lazio and the Piedmont. 107 Publishers at the Italian Collective Stand

Floor space covered by the Italian Collective Exhibition at Frankfurt Book Fair this year in Hall 5.0—C36 and C37—will be more than twice that of last year, according to Fair organizers.

A total 107 Italian publishers will be represented, and the nation’s secretary for economic development, Ivan Scalfarotto, is expected to be present at the stand’s opening on Wednesday (October 19).

Regional publishing houses such as Minimum Fax and Codice Edizione are to be highlighted, as are the touristic interests of the Lazio and Piedmont regions.

Fair officials quote a report in La Repubblica from the summer indicating that this year already has seen some 6,000 licensing deals made on Italian titles, a 11.7-percent increase over 2015’s action. The books of the pseudonymous Elena Ferrante are thought to be main drivers in that jump in business.

Book Fair’s director Juergen Boos is quoted in a prepared statement, saying, “We’ve been watching the atmosphere of optimism in the Italian book market for a while now, and Frankfurt Book Fair is the right place to cultivate this dynamic.

“We’re very pleased that the Italian Agency for Foreign Trade (ICE) and the Italian Publishers Association (AIE), in cooperation with various Italian cultural institutes in Germany, are using Frankfurt Book Fair to present their authors and their country to international trade professionals and interested readers.”

Authors at the Fair

Cologne’s Italian Cultural Institute in Cologne has a trio of authors coming to the Fair: The winner of the renowned Premio Strega 2015, Nicola Lagioia, is expected in Frankfurt, as are Vicenzo Latronico and Fleur Jaeggy.

Michele Foschini, publishing manager at BAO Publishing, will speak in a panel discussion on the topic of the marketing of bestsellers, as well.

And Massimo Turchetta, RCS publisher, will be involved in Thursday’s (October 20) CEO talk at the Business Club, Hall 4.0.

More information from Frankfurt in its news release tells us that this year, the 200th anniversary of Goethe’s Italian Journey, the Italian Cultural Institute in Berlin sent out the Italian blogger Andrea D’Addio and the German blogger Laura Droße to follow in the footsteps of the master.

“The two bloggers set out in a Fiat 500, covering the most important stations of Goethe’s Italian journey and publishing their travel reports along the way,” the report tells us. “Droße and D’Addio travelled in a special Fiat 500 with an eye-catching design that showed Johann Wolfgang von Goethe in the famous sitting pose along with the motto “Goethe loves Italy.”

Another Fiat 500 just like it will be is to be on display in Hall 5.

Next week, the Fair is expected to see as many as 275,000 visitors, with more than 4,000 events battling for the attention of Fair goers. The show’s 7,100 exhibitors are from more than 100 countries, and the 10,000 journalists engaged in the event include some 2,000 bloggers. Frankfurt Book Fair also organizes as many as 20 international book fairs and trade events in other parts of the world each year, as well.