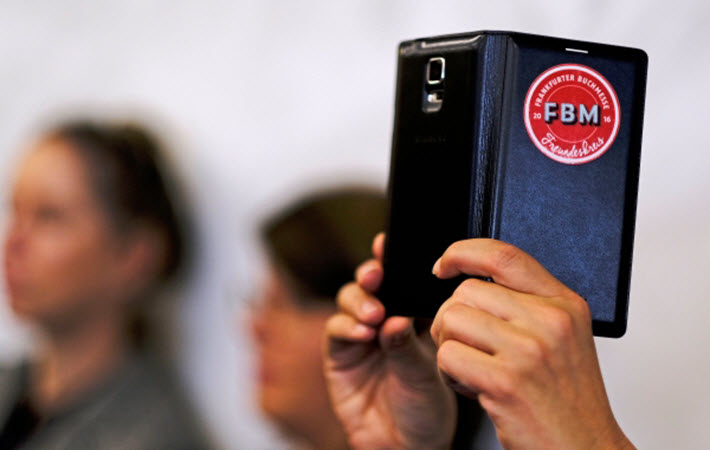 ‘We Won the War Against the Mafia’ Gianrico Carofiglio is doing something different with his new novel.

“I don’t like the idea of sending messages with my novels,” he says in a quiet conversation with Publishing Perspectives about his new book. “But if there’s a message in this one, it’s that we can win. And that we have won many times.”

Carofiglio is a crime writer’s crime writer. As his agent Rosaria Carpinelli offers The Cold Summer this week in the LitAG, the author stands among Italy’s most respected novelists not only for his popular defense-attorney character Guido Guerrieri but also because of his first-hand expertise in grappling with the psychology of the criminal mind. His books have sold some 5 million copies in Italy and he soon will have been translated into 27 languages.

And this time—while the former anti-Mafia prosecutor stresses in a chat from his study in Rome that his new book is fiction—he has drawn on a real time, a real place, and a real and hair-raising set of events in which he played a role.

He’ll speak about his 300-page new work published by Einaudi, at 2:30 p.m. today (October 20) on the Publishing Perspectives Stage (Hall 6.0, E 11). Along for the conversation will be François von Hurter of Bitter Lemon Press, his frequent London publisher. When he talks about winning, Carofiglio is saying that he wants his readers to give up the romanticized notion that organized crime is inevitable in Italian life and culture.

“‘Cold Summer,'” he says, “was the name of our first big operation” against a virulent, upstart Mafia a generation ago in Puglia—the beautiful and rather wild southeastern heel of Italy’s boot on the map. “The summer of 1992 in Puglia was really very cold,” he says. “And one of the police officers I was working with said, ‘Well, let’s call the operation Cold Summer.’ Now, 24 years later, it’s the name of this new book.”

A native of Bari, Carofiglio found himself working close to that port city and near the ancient city of Matera that summer. The Cold Summer features a relatively new character in Carofiglio’s work, a Carabinieri officer named Pietro Fenoglio. And in May of 1992, while there have been massacres in Capaci and Palermo, in Bari, a “young” Mafia, as Carofiglio terms it, is rising fast, and is very dangerous.

In a bold move, Carofiglio has divided the book into three sections, the centerpiece of which is an entire section written as highly realistic court records. They’re not the authentic records of the cases that were in play in 1992, but are devised to appear to be authentic.

“This is a kind of bet,” he says, a gamble “that you can create literature from 120 pages of records. The readers who have read it in the publishing house,” he says, “say this part of the book is almost mesmerizing. It’s an experiment, trying to do literature with this judiciary language.”

He agrees quickly when it’s suggested that some of the greatest literary breakthroughs have been found, over the centuries, in experimentation.

What Carofiglio wants his readers to keep in mind is that in the same way The Cold Summer isn’t just an experiment, it’s also not just a story. Nothing in his previous work has been this close to real life, he says. But he confesses that he has found the experience compelling. “I couldn’t really do this in the past because I was too close to the story.”

Now that he’s succeeded, Carofiglio says, he’s found something he wasn’t expecting. “This new character, Fenoglio,” he says, “is how you should be if you are a good prosecutor or a good officer. It’s a sense of limitations, the ability to put yourself in other people’s shoes—that’s probably the main attribute of this good prosecutor.”

Ironically, he says, “This is an attitude against being judgmental. A good officer, a good prosecutor, or a good judge shouldn’t judge in the ethical sense. This ethical issue is very important. You have to be able to fight crime without feeling ethically better than other people. You should feel that this is just a job to be done and you must be aware of your limitations.”

And, of course, as soon as issues of ethics and limitations and justice have come up between us, the conversation between novelist and journalist turns to the American election cycle.

“We are very worried about this,” Carofiglio says. “What do you think will happen?”

Clearly, the need for a good outcome is obvious.