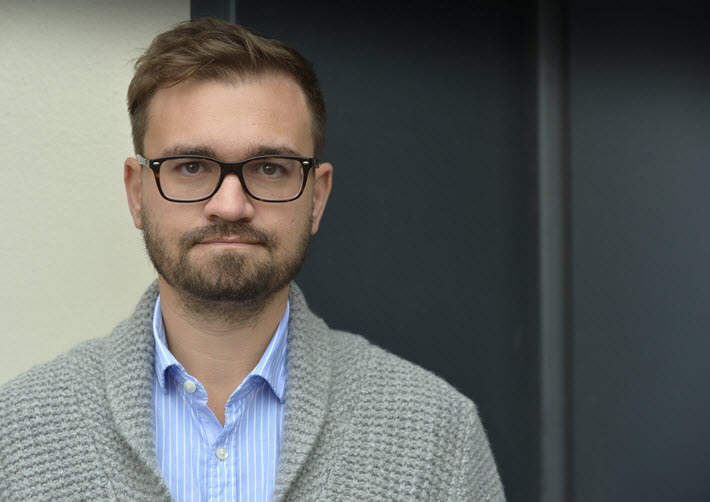 ‘A Storytelling and Publication Platform’

Last Thursday (October 20) on the Publishing Perspectives Stage at Frankfurt Book Fair, we heard from a Cologne-based company with the name oolipo in a session titled “How Native Mobile Technology Enhances Storytelling.”

Familiar to those who followed last season’s FutureBook Awards in the new BookTech division directed by Molly Flatt, oolipo is part of a small squadron of startups found in several parts of the world that treat storytelling with mobile delivery and serialized content.

We wanted to get some background on this German startup, and so we put some questions to the company’s chief product officer, Ryan David Mullins.

Oolipo, Mullins tells us, “is like Tinder for mobile stories.”

Publishing Perspectives: With many storytellers using social media and mobile devices to tell stories, how does oolipo set itself apart as a storytelling platform?

Ryan David Mullins: We wanted to create a platform that overcomes the boredom of ebooks without settling for creating a one-off app for a story. We wondered whether we could build a storytelling and publication platform that provides tools for creators [using] native technology on their phones [to] create new mobile story experiences.

Our stories are all series, ranging anywhere from five to 10 episodes.

Most stories just appear on a phone. For example, I can watch a video on YouTube or read an ebook on WattPad. And, I can do so on a number of different devices: tablet, phone, Apple TV, browser. But, the experience doesn’t really change. There’s brilliant technology underlying the medium of the phone and it’s not really being unlocked for storytellers.

1. That’s the first point of differentiation: oolipo is a mobile-first platform.

2. Second, we want our story creators to use different kinds of media. We’re a video generation. It’s not like text is dead or something, but we don’t believe it’s the core of content today as it maybe once was.

3. The third point is using the community. We feature something called “threads.” Users see a symbol that alerts them to extra content that takes them down a different path to, say, a character backstory, a map, character bio, maybe interview with the author.

4. Instagram and Snapchat story features are a bit misleading, I think, in their use of the word “story.” While I love and use both products, maybe excessively, I think there’s a place for a proper storytelling app with a plot, multiple characters, tension, and, most importantly, a compelling and interesting story world.

PP: One of the struggles of creating content for mobile can be the expense.  How does oolipo navigate cost issues within the platform?

“We think many different industries will be able to leverage existing story worlds or create completely new series for their channels. Brands, for example.”Ryan David Mullins

RDM: Now, in oolipo’s early stages, we’ve invested in some stories that will serve as examples of what the platform is capable of. And, yes, those stories required financial investment. But once our publication tools are in place and we transition into a platform, the goal is to get content costs to a minimum.

We’ll probably keep doing some “oolipo originals,” so there will still be some content costs there. But the point of a platform is for stories to be created atop the infrastructure you provide the community.

PP: Will users be able to tailor the experience of story worlds they subscribe to?

RDM: Yes, we’ve designed our story structure so that users should be able to contribute to the development of the story, or provide extra content, backstories, etc. Not every story will have this feature. Ultimately, it’s up to the creator of the story.

PP: How do you see oolipo interacting with the publishing, film, and audio world?

RDM: We’ve been in discussion with a number of people. Can’t talk too much about it now, but…we think many different industries will be able to leverage existing story worlds or create completely new series for their channels. Brands, for example. Advertisers realize they need storytelling to craft more personal, brand stories.

PP: Could you talk a bit about the work that oolipo has been doing with Canadian digital author Kate Pullinger? She’s one of the speakers at next week’s Books in Browsers conference in San Francisco.

RDM: We really admire Kate’s work. Especially on projects like Inanimate Alice. We were eager to get her involved. So, we invited her to participate in a story workshop in London.

In addition to authoring her story, she also served as a consultant to oolipo as we thought seriously about story structure, pacing, character development, as well as the requirements and needs for our publication tools.

At that time oolipo was in its infancy. Kate has written a cool story called Jellybone…about a young woman in London who starts receiving strange, cryptic messages on her phone. She doesn’t know from whom or why, nor does she have much context to decipher their meaning. It melds crime, noir, London, and young adult in a compelling way. I think people are really going to dig it. You can read the first two episodes at oolipo.

Books in Browsers, November 3 and 4 in San Francisco, is produced by Frankfurt Book Fair and UCDavis. Kate Pullinger speaks with Tom Abba about their new “Ambient Literature” project, based in the UK. You can read more about it in Hannah Johnson’s writeup. And some tickets are still available for Books in Browsers, register here.