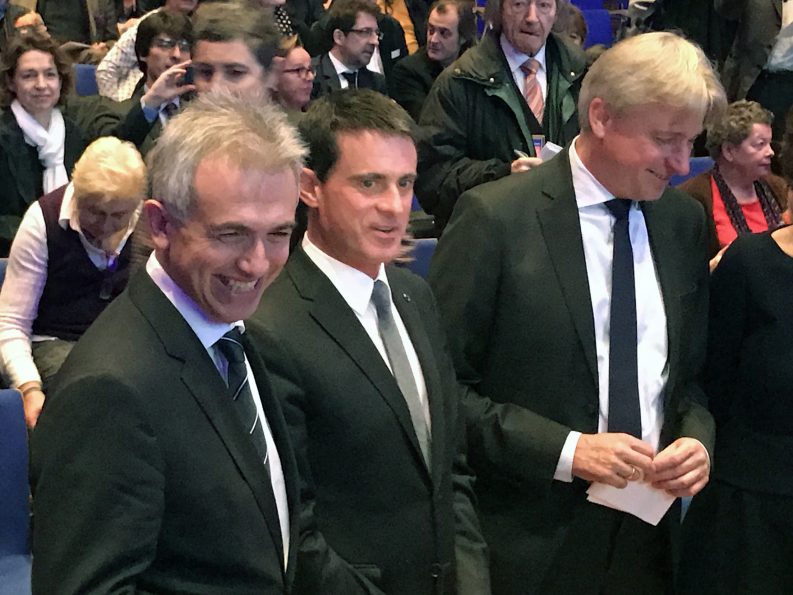 French Prime Minister Manuel Valls made a passionate case for copyright, culture, and cooperation in a speech to mark the launch of Francfort en français, a year-long cycle of events to celebrate France’s status as Guest of Honor at next year’s fair.

He likened the friendship between France and Germany to a “wonderful book,” insisting that the best pages were yet to be written.

He also stressed the vital importance of copyright to the creative economy. Without copyright, Valls said, writers don’t get paid and so culture declines. We must be vigilant, he insisted, and win the fight for copyright to ensure that writers and artists can live from their work.

As the son of a painter and the husband of a musician—and with an Italian mother and a Spanish-speaking father—Valls is well placed to make the case for the importance of culture and international cooperation. Dictatorships and ideologies always fight culture first, he said, but as long as we have men and women writing books, we have a road to progress along. Frankfurt itself, as a capital of Europe, shows that nations that once fought each other can now work together in support of a common project.

Valls was keen to share a diverse and inclusive vision for “Frankfurt in French,” noting the presence of Franco-German institutes in Africa, the growing significance of France’s new digital start-ups, and the importance of partnerships with Switzerland and Belgium.

The language of Europe, Valls said, is translation.

A busy year of cultural activity will see more than 300 events take place over the course of 2017 under the ‘Frankfurt in French’ umbrella, organized by the Institut Français in Germany.

More than 240 French authors will visit the country, with 70 at the fair itself. There will be debates, street performances, and concerts. Teams of French and German authors will play football against each other. A tour of bicycling writers will tie in with the start of next year’s Tour de France in Dusseldorf.