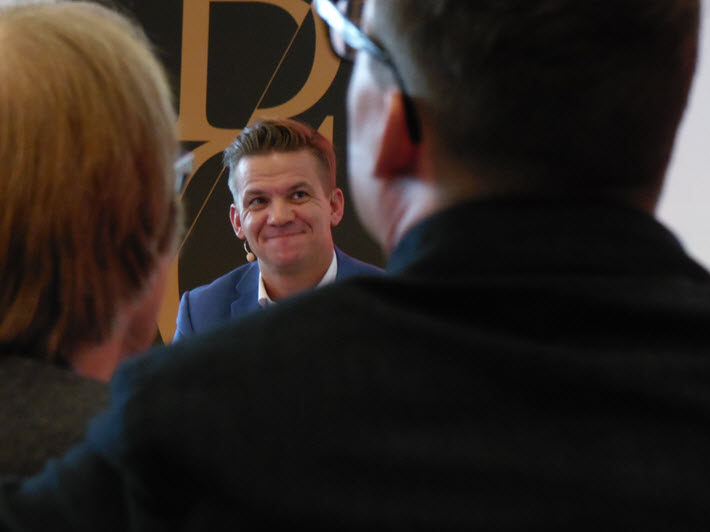 Frankfurt Book Fair is off to a seriously toned start this week, as trade industry players focus on work and meetings on their stands. What Nicole Saint-Jean of Québec describes in her guest commentary for us (see Thursday’s Publishing Perspectives Show Daily) is important and troubling: an estimated $30 million in revenue is being lost annually as a result of Canada’s 2012 Copyright Modernization Act.

And that’s just one region in which copyright is under attack. Note that on Friday, the International Copyright Breakfast here at Frankfurt will be briefed on the fight against changes to Australia’s copyright laws.

This background of concern may be one reason for the fine, determined energy filling the aisles and stands of small and big publishers at this Frankfurt.

The dull roar in the LitAg is productive. The escalators are packed. Our meeting diaries are jammed.

Some of us doing live presentations on the Fair’s various stages have noticed that many who might have been in our first-day audiences stayed on their stands: to work. We’ve heard the formerly jailed Turkish journalist Can Dündar appeal to the industry for his associates: ”Stand by us.”

And we’ve watched the impish smile of Bonnier’s boom, CEO Jacob Dalborg, as he tells us, “We have to remember, it’s the readers who decide” what works and what doesn’t in today’s content-saturated markets.  “If we forget that, we end up hurting ourselves.”

In short, there’s a healthily serious undertone to this year’s Frankfurt. Much needs to be done before the drinks receptions. We like that.