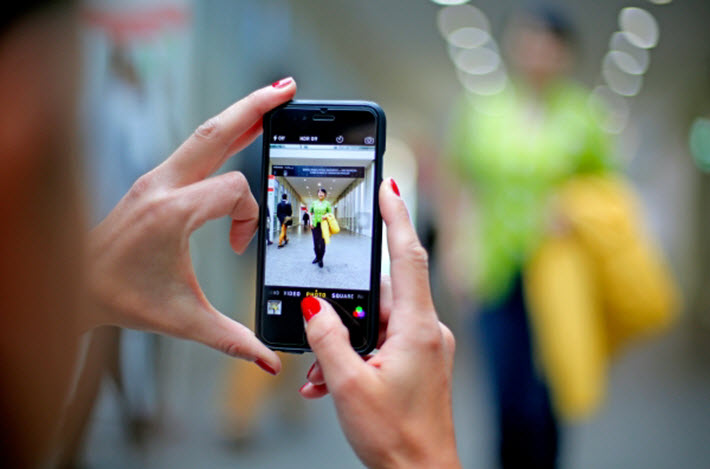 ‘If I can do it, anyone can,’ says Bibliocloud c0-founder Emma Barnes, who speaks Tuesday at Frankfurt’s The Markets about publishing’s need to know tech. With just one day to go before Tuesday’s (October 18) The Markets: Global Publishing Summit from Frankfurt Book Fair and Publishing Perspectives, we hear now from Bibliocloud’s Emma Barnes, who participates as a player from the UK in the program tomorrow at Frankfurt’s Business Club. (To secure any last-minute seats remaining, hurry.)

‘A Baseline of Knowledge’

As we prepare for tomorrow’s The Markets: Global Publishing Summit at Frankfurt Book Fair’s Business Club (Hall 4.0), we hear from one of the speakers who’ll be participating as a player from the UK in the seven-market program.

Emma Barnes, co-founding CEO of Bibliocloud, has made a name for herself in her market as a voice for tech-literacy among publishers. She’s a publisher, herself, the managing director of Snowbooks, and frequently speaks about the importance of not letting the digital transition get by without really grappling with its details.

We begin by asking her to give us three talking points. 1. Publishers don’t know enough about technology. “There’s nothing new, sadly, about publishers being in the dark,” Emma Barnes says to Publishing Perspectives, at least in terms of its production infrastructure. “We’ve rarely adopted the ‘expert’ role in the production of our products.

“In the analog era, printers, not publishers, were expert in ink and paper technologies, manufacturing optimization and shipping.

“But in the digital era,” she says, “it’s third-party agencies, not editors, who know how software works. It puts publishers on the back foot: dependent, without the technical knowledge to either inform or critically assess potential new creative digital directions, or develop in directions that solve their customers’ problems.

“It’s not that everyone needs to be a professional programmer. It’s more that there is a baseline of knowledge that anyone needs to be able to engage sensibly with the problems and opportunities that the digital age throws at us.

“As tech entrepreneur and teacher Michael Hartl suggests, ‘tech is the new literacy.'”

2. Too many not-quite-there innovations. “Last Frankfurt, I wandered through the Digital Hot Spot genuinely baffled by the range of innovations on offer. It was very hard to discern what problem many of the various new apps were trying to solve, and what their unique features might be.

“It feels to me,” Barnes says, “that most digital innovations are occurring outside of the publishing space, then attempting to introduce themselves to our industry, post hoc. This lack of a nuanced understanding of the problems actually facing publishers means that the apps don’t solve the right problems.

“Publishers’ lack of volition in digital product development means that when apps do hit the mark, though, they tend to be from outsiders. Reedsy is a good example of a case in which someone is solving an author’s problems better than publishers are. Blinkist takes advantage of publishers’ ignorance of their readers to disintermediate them, too.”

3. Plenty of resources to reverse the problem. “All is not lost. Anyone with a glimmer of curiosity about developing their skills has an increasingly vast number of resources available to them,” Emma Barnes tells Publishing Perspectives.

“Michael Hartl’s new excellent LearnEnough series promotes not mere programming competence, but also ‘technical sophistication.’  Snowbooks’ new publisher, Tik Dalton, is working through the courses, learning enough about the command line, Git, text editors and then HTML, CSS and JavaScript to be well equipped to continue Snowbooks’ longstanding exploration of what it is to be a modern publisher. Who knows what she’ll create: the point is that she needs the right baseline of skills to be able to come up with the valid, technically-literate ideas that will shape our future.

“For folk who prefer learning alongside other people to a solitary online program, I can recommend RailsGirls (with chapters in cities in many parts of the world, including the UK, India, Brazil, Poland, Germany and beyond).

“There are also Codebar and intensive course providers such as Makers Academy and General Assembly.

“Many of the available resources are free; most are accessible and deliver the increasingly necessary core understanding of how our products and services work.

‘Proud of the Processes’

Publishing Perspectives: How do you come to have these views of the market?

A publisher needs “the right baseline of skills to be able to come up with the valid, technically-literate ideas that will shape our future.Emma Barnes

Emma Barnes: I founded an independent trade publisher, Snowbooks, with my best friend in 2003, after we’d worked for the man as management consultants and for big-box retailers. I wanted to do something meaningful with my life—hence books—but I retained a love of organizational efficiency, born from working in big companies.

My early experience of independent publishing showed me that this was a sector better known for its enthusiasm and creativity than its prowess with data management or efficient organizational processes. We wanted to be as proud of the processes within Snowbooks as the books, so we needed to tool up and get organized.

PP: What was the tack you took?

EB: There wasn’t any affordable, decent software available to help us run the business, so from the start we wrote our own—sometimes in Excel, other times in Microsoft Access, and eventually using XSLT to transform ONIX messages into something more malleable.

In 2011 I bit the bullet and took my first steps down the web application programming path, beginning with Michael Hartl’s excellent Rails Tutorial, which led to the development of Bibliocloud, our ONIX, metadata, rights, royalties and workflow management software. Bibliocloud has a life of its own, now, and is used by more than 30 publishers ranging from Liverpool University Press to Canelo.

PP: To what do you credit your knack for tech?

EB: I’m not a linguist or a mathematician: I’m an arts graduate with a love of simple efficiency.

My non-computer-science background makes me confident in being an evangelist for technical literacy in publishing: if I can do it, anyone can. And they should: programming skills are going to be one of the few ways to remain relevant and happy in a world of automation.

Time is short. We recommend fast action to secure your seat at Tuesday’s (October 18) conference. In addition to our Markets white paper, you can read our series of interviews and information in relation to The Markets: Global Publishing Summit from Publishing Perspectives and the Frankfurt Book Fair.