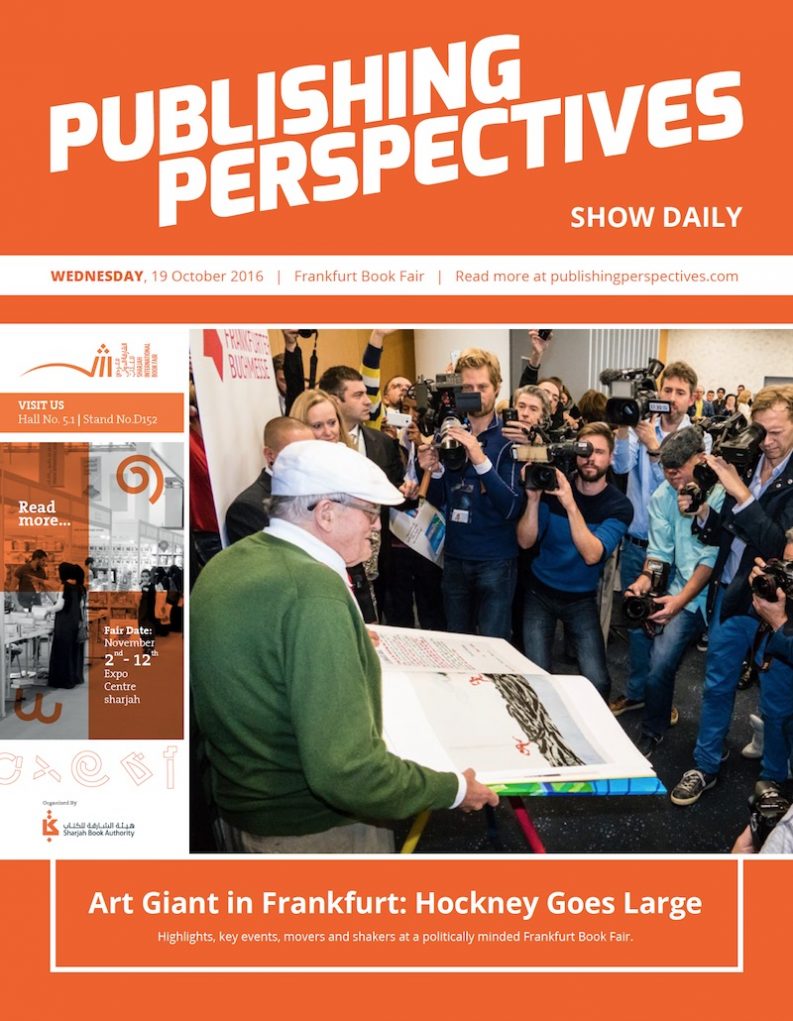 With David Hockney, H.M. King Willem-Alexander of The Netherlands, and others, the 2016 Frankfurt Book Fair opened to showcase the global publishing scene. This year, the Frankfurt Book Fair will feature people and discussions that show just how political and interconnected the global publishing industry is. The opening ceremony featured UK artist David Hockney spoke at the Opening Press conference about the intersection of art and technology, and fair-goers can expect more explorations of this topic at the ongoing Arts+ program.

The Markets: Global Publishing Summit, which took place yesterday in the Business Club, was abuzz with talk of cross-border cooperation and international opportunities. Wiley CEO Mark Allin opened the event with a keynote speech about the role of publishing in today’s “very fragmented world.” His opener was followed by presentations from seven vibrant publishing markets along with facilitated networking meetings.

Growing numbers of agents and rights directors held their Tuesday book fair meetings in the Literary Agents and Scouts Centre, instead of the traditional hotels, the Frankfurter Hof and the Hessischer Hof. Citing high prices and close quarters at the hotels, the agents and publishers Publishing Perspectives spoke to had good things to say about staying at the fairgrounds on the Fair Tuesday.