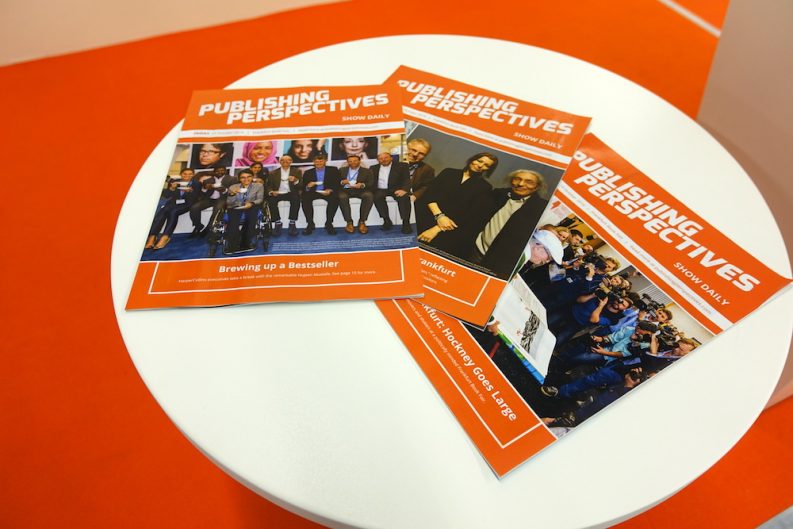 Our show daily magazines include coverage of the 2016 Frankfurt Book Fair discussions on copyright, freedom to publish, cross-media, rights and more. The 2016 Frankfurt Book Fair hosted a number of discussions about copyright and politics, in addition to countless meetings about rights, literature, research, and more.

The Publishing Perspectives show daily magazines include coverage of these discussions and reflections from the people at the Fair.

We covered the messages of hope that Nujeen Mustafa, a Syrian refugee and author living in Germany, and Can Dündar, a Turkish journalist living in exile in Germany, shared with the international community at the Fair.

And we featured a selection of the many people from around the world and the titles they brought to the Fair.

See you next year in Frankfurt!