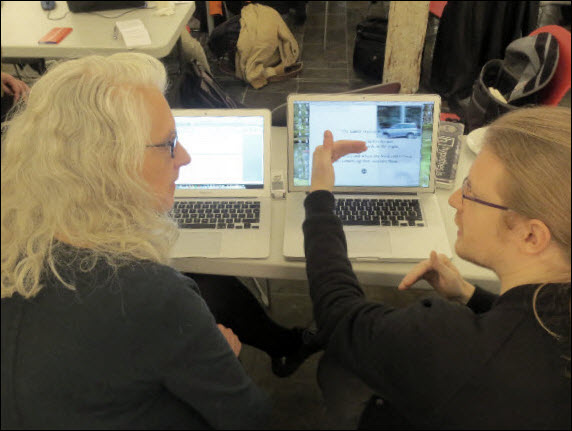 Exploring what Peter Brantley calls ‘the rich and exciting diversity of our image-centric world,’ Books in Browsers takes a new tack this year. San Francisco’s Books in Browsers conference is produced by the University of California Davis and Frankfurt Book Fair, and this year will embrace a more visual context. “Using images, video, and fragments of text, everyday users as well as artists, historians, poets, and filmmakers are creating millions of experiences that inform, entertain, and speculate.”

And so it is that the November 3 and 4 event at the Gray Area’s Grand Theater is formally titled “Books in Browsers VII: Telling Small Stories.”

“All over the globe, mobile users are producing and sharing videos on social platforms, documenting small pieces of our lives and binding the planet together in a tapestry of pictures and videos,” says Brantley.

“And with accessible Virtual Reality platforms like Google Daydream and Sony’s Playstation VR, we’re in the early stages of creating immersive, life-like replications of our world.”

Over the years, the event has drawn a loyal base of delegates whose interest is in seeing publishing in particular and storytelling in general move past the early stages of the digital dynamic.

The rising passion for the visual array of potentials, Brantley says, “is why Frankfurt Book Fair is pivoting Books in Browsers this year to examine these newer forms of interactive and visual story-building.

“‘Telling Small Stories’ explores the rich and exciting diversity of our image-centric world.”

Brantley likes to call this “the edge of the future of publishing.”

You can see the program plan for the conference here. And you can buy tickets here.