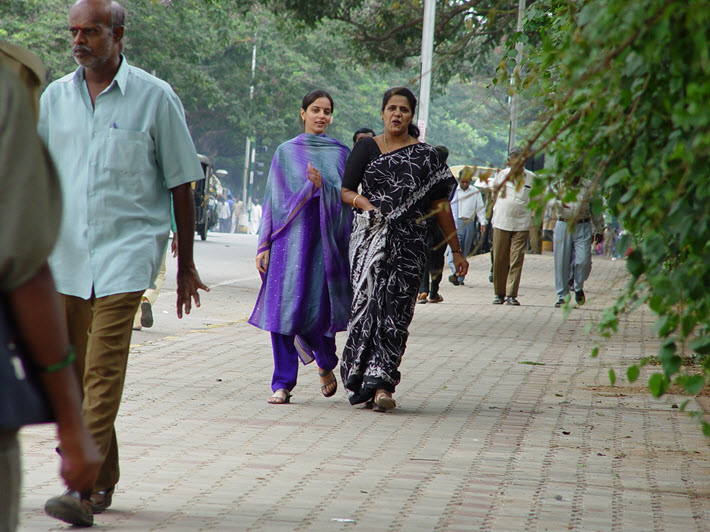 With bookstore expansions and a community-wide pride in hand-selling, Bengaluru has cinched a reputation as a book town. Writing for The Hindu, Nikhil Varma looks at the Indian city of Bengaluru’s “great big book industry” and asks, “What makes this city such an attractive destination for book sellers, stores, and writers alike?”

Varma writes, “Bengaluru is home to writers from novelist Anita Nair to historian Ramachandra Guha, has seen bookstores such as Blossoms, Gangarams and Bookworm grow into legendary institutions and has its share of libraries and book clubs.”

“In Bengaluru, standalone book stores such as Blossoms and Bookworm have always had a strong fan following. Second-hand books have helped them survive, despite tough competition from online stores such as Flipkart.”Vani Mahesh

Both Blossom and Bookworm have opened up even larger stores in the city.

Varma looks at architect Radhika Sethi, whom he finds looking through a large selection of books before finally finding a copy of Amitav Ghosh’s The Hungry Tide at Bookworm’s new store.

Sethi says of his purchase, “It is not the same as getting a new copy. I love the smell and feel of old books. Blossoms and Bookworm are my favorite haunts since I get the best books and discover something new every time I come. If all your book purchases are online, you won’t move beyond the bestsellers.”

The owner of Bookworm, Krishna Gowda, says of the store’s staying power, “I think the older booksellers have survived in the city because of the personal contact we have in our dealings with the customers. There’s a tiny bookstore in Jayanagar that gets visitors from across the city, because the owners always offer recommendations and discounts.”

And for Vani Mahesh, who founded Easylib.in in 2001, launching an online library was a no-brainer:

“The Internet was fairly new then. I’ve always felt that it was important to have an online presence.

“In Bengaluru, standalone book stores such as Blossoms and Bookworm have always had a strong fan following. Second-hand books have helped them survive, despite tough competition from online stores such as Flipkart.

“Now, with book discounts considerably reduced on online platforms, these book stores have a fresh lease on life. Many of our customers also pick up stuff that is not available online yet.”

Talking about Bengaluru being a haven for book aficionados, Mahesh tells Varma, “I feel that Bengaluru is a hub for book lovers and writers alike because of its cosmopolitan nature. It has a sophisticated readership with plenty of exposure to writing and books from across the world.”

Vani says, “I think the trend of setting novels and stories in Indian cities is relatively new in Indian English writing. Many Indians writing in English were often confused about setting the story in an Indian city. That trend is changing now and I am sure in a few years, you’ll have many more books in English set in Bengaluru.”

And Mayi Gowda, owner of Blossoms is quoted by Varma, saying, “As the population has increased, I’ve seen demands for books go up. I started out with a tiny 200-square-foot shop. We’re now so full of books that we decided to start a new store that’s more spacious and allows us to expand.

“It has been a great journey. Reading is a community activity and I feel that only book stores offer one a space to explore and learn about new books. It is one of the main reasons that despite the online boom, book stores in the city have held their own.”