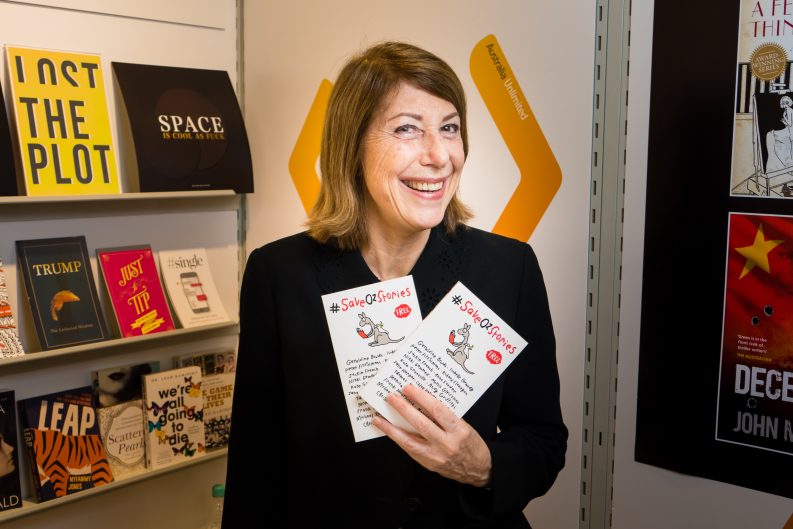 Louise Adler, president of the Australian Publishers Association, at the Frankfurt Book Fair

The rights of copyright holders and the commercialization of intellectual property have been under threat for almost two decades now in Australia, the world’s 14th largest publishing industry.

Despite that, the industry now generates revenues of AUD$2 billion and publishes more than 10,000 books annually.

Our industry operates under parallel importation rules (PIRs). These support the rights of copyright holders and ensure that the import of commercial quantities of a book is prohibited without permission of the copyright holder. However, if Australian publishers do not make a title available within 14 days of the international publishing date, booksellers can import quantities of competing editions or single copies of any title from anywhere in the world.

PIRs have allowed Australian publishers to create a vibrant commercial market and protect their investment in Australian writers.

However, PIRs have also long been a focus for free marketeers, who argue that they are an old-fashioned form of protectionism. Five times the Australian government’s Productivity Commission has been asked to review the industry and has recommended PIRs be abolished.

The reading public doesn’t much care, one way or another, about the commercial viability of behemoths like Penguin Random or lively independents like Text Publishing. But they do care—very much—about the Coca-Cola-ization of Australian culture. Australian books by Australian writers engender huge loyalty and support.

In 2015, the Productivity Commission was again asked to consider the regulatory regime for intellectual property. The entire industry—writers, agents, publishers, printers, booksellers and librarians—has come together to work on a campaign with Australian writers on the frontline.

Booksellers organized a National Bookshop Day to build consumer awareness of the value of bookshops. In tandem, the Australian Publishers Association has worked relentlessly to educate politicians.

Melbourne University Publishing published a free book, #SaveOzStories, with contributions from Australia’s literary luminaries. Penguin Random distributed the book to bookshops and the two major printers in Australia printed 130,000 copies. Fairfax Media, one of Australia’s largest media groups, supported the book through its print and online newspapers and news agencies across the country. Our message was simple: books matter.

The industry has also had to fend off the proposed introduction of fair use. Again, the income of Australian writers (who earn on average just AUD$13,000 per annum) is at the forefront. As one colleague argues: we expect to pay the farmer for her produce, why do we think a writer’s produce should be free?

The barbarians are at the gate, dreaming of a global market in which content is free and creativity and innovation flourish. But their dream is our nightmare. They don’t have the numbers yet, but we would be wrong to be complacent.

Louise Adler is chief executive of Melbourne University Publishing and president of the Australian Publishers Association.