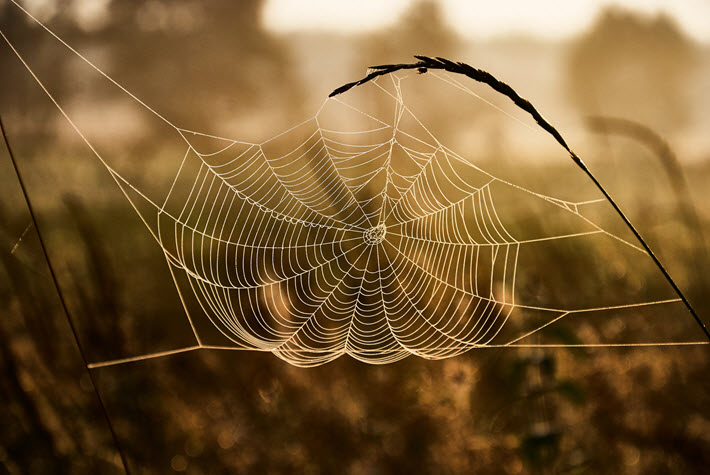 With data crawled by a sales-page ‘spider,’ the new report from Author Earnings sees indies’ share dive from 50 to less than 40 percent of ‘all US Kindle author earnings.’ The Data ‘Basically Blindsided Us’

Calling this new information an “October surprise” (of a mercifully non-political kind) the service has issued today (October 12) a new round of data from the indie-ebook-tracking project created by author Hugh Howey and the technician known as Data Guy.

Conceding bafflement, the authors of the new report write, “During the five short months since May, it seems that indies have somehow lost their market share gains of the preceding 18 months.

“This has been counterbalanced to a limited extent by a slight uptick in traditionally-published unit sales: both Big Five and Small/Medium Traditional Publishers have each gained roughly 1 percent in market share.

“But most of the lost indie market share seems to have instead gone to Amazon [Publishing] imprints, which have gained a whopping 4 percent in market share.”

When Publishing Perspectives reached Data Guy, he said: “After 27 months of trendlines headed in the same direction, it’s easy to get complacent. So, no—I didn’t see this coming.

“It still remains to be seen whether the ebook industry has finally reached the new normal, whether the pendulum will swing back further, or whether this reversal is merely a temporary blip. I’m looking forward to our next look at the data, a few months from now, which might shed some light on that.”

Trade Ebook Prices ‘Up, Not Down’

Here’s the crux of what the interpretation is seeing:

“In May 2016, verified self-published indie authors were taking home nearly 50 percent of all US Kindle author earnings. Now, as of early October 2016, the indie share has fallen below 40 percent. What happened?”

Searching for what could have occurred, Mssrs. Guy and Howey look for any sign that traditional publishers may have dropped their ebook prices to become more competitive with indie-produced ebooks. No dice. They find that, “If anything, compared to May, traditional publishers are now making a smaller share of their consumer ebook sales at sub-$10 price points. The prices at which the majority of traditionally published ebooks are being purchased today has moved up, not down.” ‘The Reversal Is Far Too Abrupt’

The Author Earnings process uses a “spider” to crawl Amazon sales pages and then converts results to sales values based on a curve generated by representative royalty reports from authors cooperating with the program. Always controversial, these assessments, issued quarterly, have become so familiar to the industry that Data Guy was welcomed at Digital Book World’s conference in March.

Since then, the program has been cautiously welcomed by many industry players as at least a comparative point of reference for an industry that suffers perpetual blindness to ebook sales—that data is not reported by the major online retailers.

But having been created with an agenda to help prove that self-publishing is a viable alternative to traditional publishing for authors in terms of potential revenue, the program has been prone to unrelievedly upbeat pronouncements of rising independent-author share. While such steady progress did not mean that the protocol was flawed, it nevertheless created a pocket of doubt for some observers, even as some other indicators have suggested an ongoing rise at least in indie production, if not of sales. (See our most recent report on Bowker’s 2015 indie stats for the States.)

The tone today is entirely different at Author Earnings. “If not ebook prices, what else might have caused this sudden reversal? After a consistent 27-month trend in the opposite direction, it’s hard to fathom why there would be such a big single-quarter shift in indie market share. This reversal is far too abrupt to reflect changing consumer reading preferences or purchasing behavior: such a change would have been far more gradual.

“A far more likely reason would be some kind of underlying structural alteration in the modern bookselling ecosystem: a recent change in the relative discoverability of ebooks by different categories of publisher, that has tilted the digital-sales playing field.”

The report cautions readers that Data Guy and Howey are simply unable to tell whether this turnaround will persist. They read this unusual outcome of their calculations as being “probably good news” for traditionally published authors “of longstanding tenure” but not so for newly published trade authors. They cite strong indications that trade debut authors are struggling more seriously than ever in the current context of higher trade ebook prices. They write, “With traditional publishers sticking more than ever to higher prices for their recent debuts, it seems that with few exceptions nearly all of the Big Five’s ebook sales are going to their longer tenured authors.”

They also see the “print playing field becoming far more level than it used to be” in favor of indie authors using CreateSpace and IngramSpark in print-on-demand and distribution.

And before concluding, they take a look at US independent bookstores, naysaying the recent upbeat claims of a resurgence made by many in the indie bookstore community. Positive media assessments and claims from the American Booksellers Association (ABA) have overstated things, they say, writing:

“With print sales at independent ABA bookstores up a tiny bit, but book sales at all major US bookstore chains and mass merchandisers down by almost an order of magnitude more, then why does Nielsen Bookscan’s ‘Retail & Club’ sector still report that US print book sales are up 5 percent overall?”

Amazon’s 2016 online print book sales, Author Earnings reports, “are nearly 18 percent higher than they were in 2015.”

That breaks down, the report says, to Amazon selling more than 255 million print books in the US in 2015 and being on track “to sell well over 300 million print books in the US in 2016.” Indeed, the authors of the report write, “In 2015, more than 40 percent of Nielsen Bookscan’s 652 million total reported annual US print sales–and the majority of Nielsen’s Retail & Club sector–were online print sales from Amazon.com, rather than brick-and-mortar bookstore sales.”

And by Author Earnings’ reckoning, “US physical bookstore sales must be down by at least 8 percent,” looking at BookScan’s report of 5 percent growth in Retail & Club “when Amazon’s half of those Retail & Club numbers is up 18 percent.”

However report readers will feel about the bookstore issue, it’s clearly the report’s perceived sudden contraction in the indie ebook market share that will lead the chatter on this one.

What happens in the fourth quarter report, Data Guy and Howey ask? “The answer is anybody’s guess.”