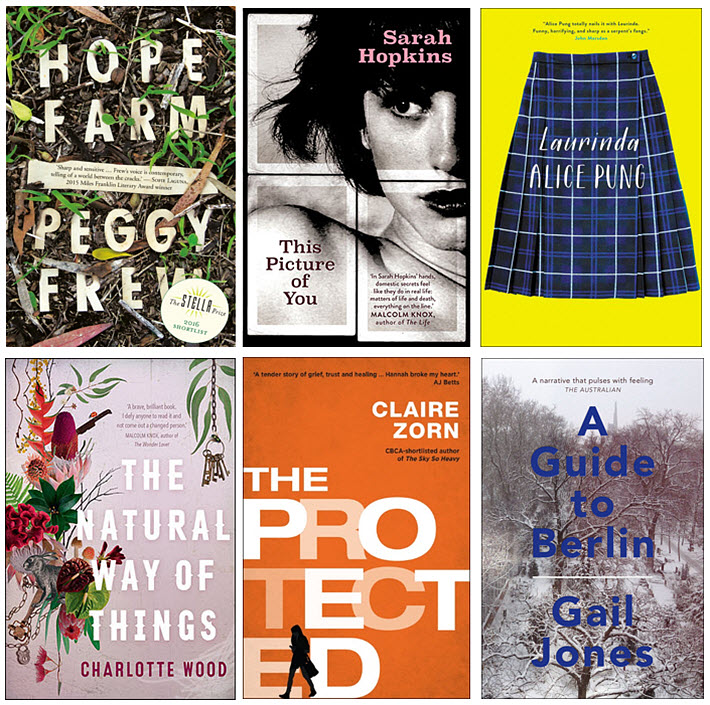 Although open to men as well as women, the Jefferis Award has yet to go to a male writer. And some Hachette Audio YA titles have Booktrack scores. ‘Depicting Women and Girls in a Positive Way’

The Australian Society of Authors has announced the shortlist for this year’s Barbara Jefferis Award.

The winner is to be announced later this month, and commendations were also offered to authors Vikki Wakefield and Mireille Juchau.

According to a prepared statement, prize monies on the line amount to AU$55,000 (US$41,874), among the richest prize pools in Australian literature.

Funding for the award comes from the Jefferis Literary Fund, established by a bequest from Barbara Jefferis’ husband, the film critic John Hinde. “The award is made available from the Barbara Jefferis Literary Fund,” according to press materials, “established by a bequest from Jefferis’ husband, much-loved film critic John Hinde.”

While the competition is open to male authors, organizers say that to date only female authors have won. And this year, of course, the shortlist is made up entirely of women.

Booktrack, based in Auckland and San Francisco, is expanding its offerings made in partnership with Hachette Audio, releasing young adult (YA) novellas with Booktrack’s soundtracks.

The partnership is not new. Publishing Perspectives reported on it in July.

There is a distinction here, however, that might be missed.

In the past, Booktrack’s basic product has been the generation of soundtracks to accompany reading—background music that adjusts its length according to a reader’s rate of speed. These soundtracks’ music and sound effects accompanied the text. The consumer, in other words, did the reading.

But in this partnership, Booktrack and Hachette are putting soundtracks to existing narrated audiobooks to enhance the aesthetic elements of a story. The original product is read. The user listens to this product, as he or she might listen to any audiobook.

In addition, author Laini Taylor’s Night of Cake & Puppets (Little, Brown Teen, 2013) is read by Collins and Hvam, a volume of the Daughter of Smoke and Bone trilogy, was taken to market in August. There are more titles on a Hachette sales page at Booktrack. In a prepared statement, Paul Cameron, Booktrack CEO and co-founder with Mark Cameron of the company, is quoted saying, “We were thrilled with the reception of Booktrack ebooks from Little, Brown for Young Readers when we launched the titles in the Booktrack format this summer.

“Hachette Book Group has always been a leader in the publishing industry and is once again ahead of the curve, leveraging Booktrack’s technology. Beautifully narrated audiobooks from Hachette Audio now join their ebook counterparts in harnessing Booktrack’s creative potential for authors to deliver a new experience to their fans. The soundtracks add a totally immersive, enhanced experience to the amazing Hachette audiobooks.” “Booktrack is doing exciting things in the digital space, and we’re happy to be the first major publisher to expand their technology to a list of audiobooks. We love creating new ways for our YA fans in particular to consume content from their favorite authors.

“We are eager to expand our offerings to established fans and neophytes alike by making these newly imagined editions of original YA audiobook recordings available.” “I’m proud of Hachette Audio’s reputation as a forward-thinking publisher.

“Working with Booktrack, we hope to expand our authors’ audiences, giving current audiobook fans the ability to experience some of their favorite stories in a fresh, new way, while attracting those who may be new to audiobook listening with a ‘cinematic’ gateway experience.

“We look forward to growing our catalog and partnership with Booktrack in the seasons to come.