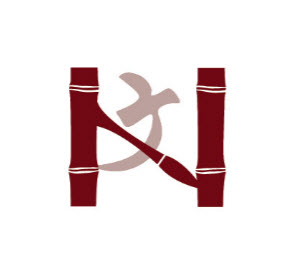 Hailing how Wang Anyi has ‘continuously transformed her writing and altered her literary directions,’ the Newman Prize is set to honor the Shanghai author in its 2017 iteration.

‘A City, Even a Nation, in Literature’

An international jury has announced that Shanghai novelist Wang Anyi is the winner of the fifth Newman Prize for Chinese Literature. Prof. Wang, who currently teaches at Fudan University, is the second woman to be named a Newman laureate, and the third writer from mainland China.

The Newman Prize is sponsored by the University of Oklahoma’s Institute for US-China Issues, is awarded every other year in recognition of outstanding achievement in prose or poetry that best “captures the human condition.” It is given solely on the basis of literary merit: any living author writing in Chinese is eligible. A jury of five literary experts nominated the five candidates last spring and selected the winner in a “transparent voting process” on September 21. Wang Anyi will receive US$10,000, a commemorative plaque, and a bronze medallion at an academic symposium and award banquet at OU in Norman, on March 3. The event is to be hosted by Peter Hays Gries, director of the OU Institute for US-China Issues, which seeks to advance mutual trust in US-China relations.

“All five nominees are exceptionally talented and accomplished writers,” says Gries in a prepared statement. “It’s a testament to Wang Anyi’s remarkable literary skills that she emerged the winner after three rounds of positive-elimination voting.”

In the prize organization’s news release (in English and Chinese), the institute acknowledges that the jury found deliberations difficult. Peking University‘s Dai Jinhau, who nominated Wang Anyi for the prize, writes in her nomination statement, “Over the past 30 or more years, Wang Anyi has continuously transformed her writing and altered her literary directions to produce a spectacular array of works, through which she has created a sort of reality of Chinese-language literature, a city in literature, or even a nation in literature.”

About it, Dai Jinhua writes, “It is not only literary writing, but also mega-writing of literature. It is a majestic experiment of literature and genre, and a demonstration and substantiation of theory: from the family to the nation-state, and from literary imagination to the history of ‘imagined community.’”

A biographical sketch includes these details:

“Wang Anyi was born in Nanjing, Jiangsu Province, but grew up in Shanghai. Like her mother, writer Ru Zhijuan (1925–1998), Wang pursued a literary career and in the early 1980s emerged on the Chinese literary scene. Wang is prolific and innovative: she writes consistently about the history intimately intertwined with her personal memories, and she writes profusely about Shanghai.

“David Der-wei Wang regards Wang Anyi as the successor of haipai (Shanghai-style) literature after the stellar Eileen Chang. Wang’s works are exclusively narratives of Shanghai. Her novel Song of Everlasting Sorrow (Changhenge, 1996) won the Fifth Mao Dun Literature Prize and has been translated into many languages. In addition to Reality and Fiction, her novels include Fuping (2000); Fierce Heroes Everywhere (Biandi xiaoxiong, 2005); The Age of Enlightenment (Qimeng Shidai, 2007); and Scent of Heaven (Tianxiang, 2011).