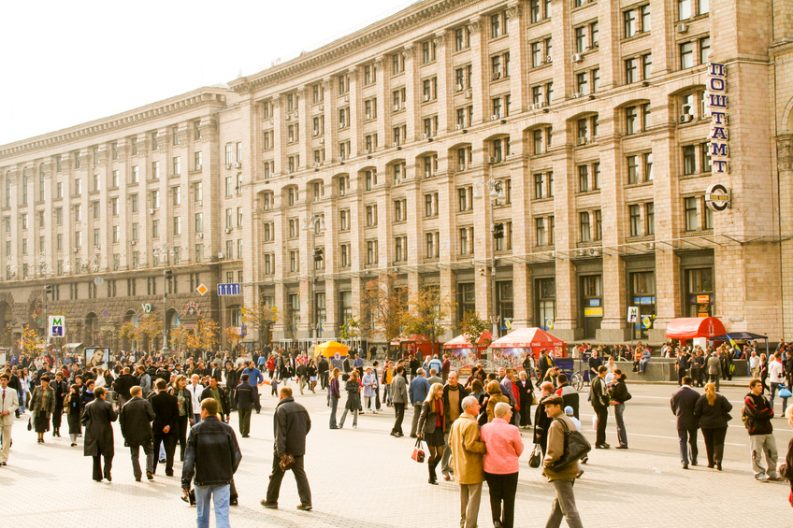 Reports say the ban proposed to Ukraine’s parliament members would require a book from Russia to have permission from a special public commission to be imported. Critics Warn of  ‘Accusations of Censorship’

The Ukranian parliament (Verkhovna Rada) is considering a new, expanded ban on imports of Russian books. According to Vyacheslav Kyrylenko, Ukraine’s deputy prime minister, a draft of the bill has been submitted. He characterizes its main intent as “humanitarian security,” in the interpretation of Halya Coynash, writing at Ukraine’s Kharkiv Human Rights Protection Group, which is opposed to the measure.

Coynash writes that the measure is “guaranteed to elicit accusations that Ukraine is introducing censorship.”

In April, Kyrylenko put forward an initiative to allow the country’s law enforcement authorities to remove books of Russian origin from Ukrainian bookstores.

Meanwhile, Russian publishers say they believe that the introduction of the ban won’t have a negative effect on their business. They say that in recent years, imports of Russian books to Ukraine have significantly declined.

According to Oleg Novikov, general director of the leading Russian publishing house Eksmo, imports of Russian books to Ukraine are at historical lows. The introduction of the ban thus isn’t expected to precipitate serious losses for Russian publishers.

At the same time, the planned ban has been criticized by Ukrainian writers.

According to Oleg Ladyzhensky, a Ukranian science-fiction writer, the Ukrainian book industry is in crisis, as is, and can’t be helped by the introduction of book bans. Current industry woes, Ladyzhensky says, involve problems of bookselling, distribution, and warehouses.

In addition, according to some Ukranian writers, a ban like the one under consideration could transform Ukraine into a police state in which state officials control content.

This isn’t the first ban of Russian books imposed by Ukraine.

In August 2015, the Ukrainian State Committee for Television and Radio Broadcasting compiled a list of 38 books banned for import from Russia.

A broader list of such titles is compiled in this July report at Z-News.