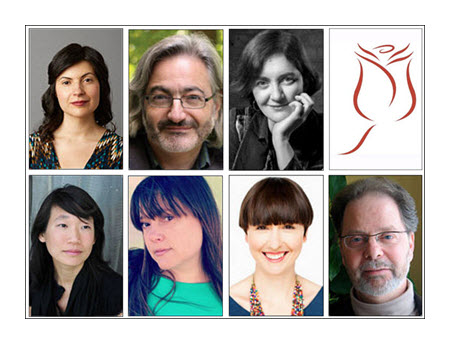 While there are ‘always fewer books on the shortlist than you would like,’ the ScotiaBank Giller six-book list started with 161 entries. Earlier this month, Publishing Perspectives covered the announcement of the 12-book longlist for Canada’s Scotiabank Giller Prize; and now, the shortlist has been announced.

The six titles that are shortlisted are:

Reporting on the shortlist for The Globe and Mail, Mark Medley writes that the “most surprising name” on the list is that of Gary Baldwin:

“His novel Yiddish for Pirates, about an adventure-seeking young seafarer, and narrated by a 500-year-old polyglot parrot, received some stellar reviews when it was published in the spring–writing in The Globe and Mail, reviewer S. Bear Bergman said it contained ‘some of the freshest and most whimsical English ever contained between covers’–but comedic novels have enjoyed little Giller success since Mordecai Richler won for Barney’s Version in 1997.”

He adds that the inclusion of Mona Awad’s debut, 13 Ways of Looking at a Fat Girl, a “novel-in-stories” that tells the story of a “body-image-obsessed woman named Lizzie from adolescence to adulthood” is less of a surprise, given that this year the book received the Amazon.ca First Novel Award, and is already established as one of the year’s Canadian literary debuts.

Meanwhile, Catherine Leroux’s debut novel, The War Party, could become the first novel in translation to win the Giller, in its translation by Lazer Lederhendler, published by Biblioasis, it is one of two books on the shortlist to be published by an independent publisher, the other being Zoe Whitall’s The Best Kind of People.

Rounding out the list are novels by two of Canada’s most acclaimed novelists, Emma Donaghue for The Wonder and Madeline Thien for Do Not Say We Have Nothing.

Fellow juror and Scottish novelist Allen Warner is quoted saying, “You go to a restaurant and there are seven great things on the menu — you want to eat them all, but you know you’ve got to order one. It’s the same–everyone wants more books on it, but that defeats the purpose of lists and prizes.”

The winner of the Scotiabank Giller will, along with a $100,000 prize, be given an opportunity to explore, expand, and develop his or her work in a two-week, self-directed residency in Banff Centre for Arts and Creativity‘s exclusive Leighton Artists’ Colony.

In addition, the winner, in a new and exclusive partnership with World Literacy Canada (WLC), will appear in the WLC 2017 Kama Reading Series. WLC has more than 60 years of experience serving woman and children in an effort to reduce poverty across Canada through literacy.

The 2016 Scotiabank Giller Prize gala, hosted by Steve Patterson, is to air on CBC, live-streamed at CBCBooks.ca, on Monday, November 7. Check your local listings for times.