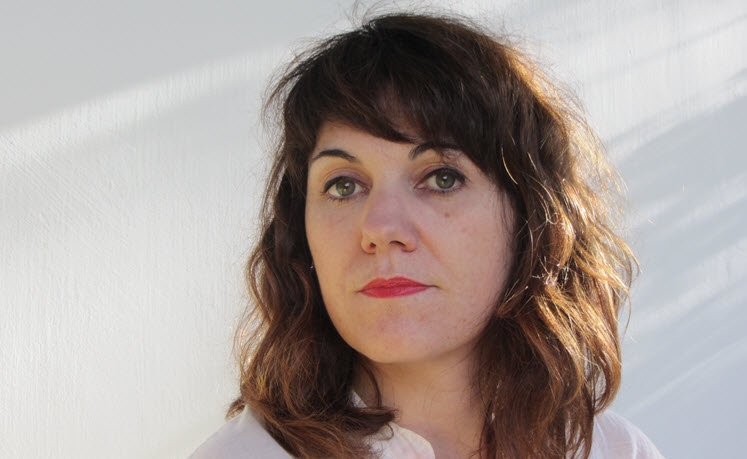 Tel Aviv-based Stephanie Barrouillet of S.B. Rights Agency confirms to Publishing Perspectives that as of the first of September, Israel’s “Book Law” has been repealed.

Passed in February 2014, the fixed-price measure for books was intended primarily to address the nation’s bookselling chain duopoly.

“It was meant to end the endless discount war between the two chains,” Barrouillet says in an interview from her office. The bookselling chains Steimatzky and Tsomet Sfarim at one point were in deep-discounting territory that offered “four books for 100 shekels,” she says, the equivalent of US$25.

And because the bookselling chains have associations with publishing houses, those houses had privileged terms and display agreements with the stores that smaller publishers couldn’t enjoy.

When Israel’s Book Law was in effect, “Most parents were more conservative in their purchases and more inclined to buy a discounted classic over a new book at full price by an unknown author.”Stephanie Barrouillet

As Barrouillet told an industry audience in Seoul earlier this summer: “With the Book Law in force, new books had to be sold at their catalogue price for the first 18 months from publication, with the exception of Hebrew Book Week [in June], during which up to 20-percent discounts were allowed. The law guaranteed a minimum royalty for authors of 8 percent of the catalogue price (minus VAT) of the first 6,000 copies and 10 percent after that.”

The interesting result—and what has led to the law’s repeal—is not only a downturn in sales, reportedly of as much as 60 percent in newly published books, but also a relentless focus on backlist at the cost of frontlist.

Being in children’s books, and with a particular focus on illustrated titles, Barrouillet watched as classics in children’s literature were reissued and celebrated—because old books were not affected by the Book Law. It applied only to newly produced titles in their first 1 months. And while, she says, small publishing houses in the two-and-a-half-year life of the law did seem to fare a bit better, the major bookselling chains still requested the same discounts as before from their associated publishers.

Fixed Prices Can Be ‘Controversial’

When Israel’s Book Law was in effect, “If you took a classic picture book, and published it as a board book, it would not be subject to the fixed price,”Stephanie Barrouillet

Barrouillet’s presentation in Seoul, she says, found particular resonance there because South Korea has instituted a fixed-price law “and the topic is extremely sensitive there, too,” she says, with unexpected results in some quarters. “It’s controversial in Korea, as it has been here in Israel. I’m originally French, and in France, of course, there’s a fixed price, but at least in our market—and Israel is a very small market—it’s been very complex.”

The reissue of old classics, she says, was particularly tempting for publishers in Israel because they could work in new formats and still avoid the fixed price constraints. “If you took a classic picture book,” she says, “and published it as a board book, it would not be subject to the fixed price,” and thus was fair game—and played on parental nostalgia by reviving much-loved literature from their own childhoods.

“In the past when books were discounted,” Barrouillet says, “parents would buy large quantities of books—children’s book publishing was a dynamic and growing sector. Now,” under the Book Law, “most parents were more conservative in their purchases and more inclined to buy a discounted classic over a new book at full price by an unknown author.

“As a result, publishers’ focus has shifted with a large number of books being re-issued. Many classic picture books are being re-issued with new illustrations or in a new format. It is also common to see one poem or one song published as a picture book or board book.”

Established, popular authors continued to sell under the fixed-price regulation, as bestsellers tend to do in most markets, Barrouillet says. But debut authors have been particularly challenged because a publisher faced the most expensive scenario—no discounts for 18 months—on bringing out a new title, a condition made all the more precarious with an author new to the market.

As early as March 6, The Times of Israel’s Stuart Winer wrote of Israeli Minister of Culture Miri Regev announcing her intention to repeal the law. He quotes Regev, who spoke at a conference at Tel Aviv Museum: “I have decided to cancel the Book Law because it failed in its main objective: The price of books has gone up and the main victims are the readers.”

Today, Barrouillet says, Israel awaits a rush of new books as the repeal this month takes hold. “Most publishers have stopped releasing books,” she says, until the repeal, “in order to be able to sell at a discount.”

And while Israel no longer will have a fixed price regulation on books, two points of the law’s requirements may remain in place: Staffers cannot be given incentives for promoting titles, she says, and bookstores are expected to maintain “equal prominence” for books. While in touch with Barrouillet, we asked her to give us a quick preview of a couple of the titles she’ll be bringing in October to Frankfurt Book Fair—where the Literary Agents and & Scouts Centre (LitAg) sold out its entire inventory of 460 tables in record time.

New this year is the special opening of the LitAg on Tuesday 18 October and the adjacent Publishers’ Rights Corner on that same day.

Barrouillet has news of one Spanish and one French book she’s especially excited about offering this year—both with titles that can be understood in many languages.

Bow-Wow-Meow is the Spanish entry, written by Blanca Lacasa and illustrated by Gómez. It’s published by Ediciones NubeOcho.

“This is the story of Fabio,” Barrouillet tells Publishing Perspectives, “a dog who doesn’t bark, fetch or even wag his tail. “Every night Fabio disappears in secret to hang out with a group of cats. Bow-Wow-Meow brings to readers a theme of diversity in a witty and approachable way combined with heartwarming illustrations.”

And her second mention is Les Emotions by Cécile Langonnet and illustrated by Soufie Régani. It’s published by Editions les P’tits Bérets.

“This is an essential guide for children, Barrouillet says, “and for parents too. It presents emotions in a deceptively simple way to help recognize, identify and ultimately understand how one feels.

“Cécile Langonnet is a pshychologist for children and teenagers who sees in this book the opportunity to share her rich experience.”

Registration for the 30th Frankfurt Rights Meeting on October 18 is available here. More about the LitAg and international rights trade at Book Fair is here.