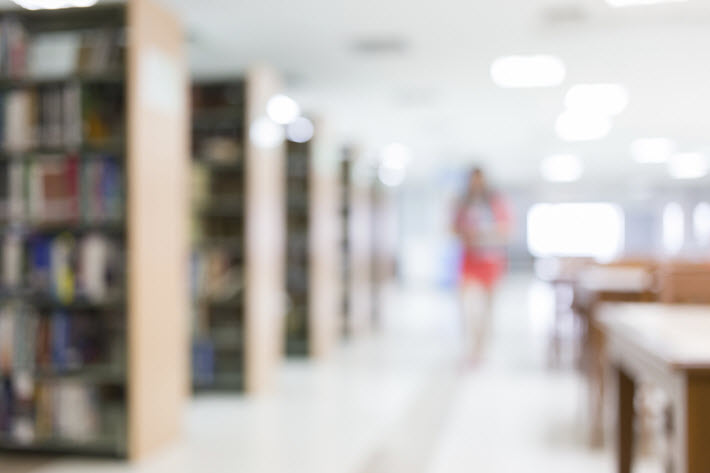 Presented as an effort to collect copyright revenue from public library loans for writers and other workers in literature, Poland’s new program finds a slow uptake among authors. Only Some 2,300 Authors Have Registered

To increase state support to local authors and publishers, Poland has launched its public library lending fee program based on similar efforts in the UK and other countries.

Local applicants were able to register their works in the program until August 31.

Applications were submitted through a form on this website set up by the local copyright association, SAiW Copyright Polska. Eligible applicants include authors, co-authors, illustrators, and translators, as well as heirs with rights to intellectual property within 70 years of an artist’s death (at which time a work enters the public domain).

In this year’s debut of the initiative, about 3.8 million Polish zloty (US$1 million) will be made available to all the stakeholders. The fees are to be transferred by the end of December, as reported by Łukasz Grzesiczak for local daily Gazeta Wyborcza.

The launch of the program was triggered by an amendment made last year to Poland’s authors’ rights legislation, signed into law in October by Andrzej Duda, Poland’s president. The objectives of the amendment include enabling the state to “pay fees for borrowing books by public libraries.”

Such fees are to be handled by a collection agency in intellectual property rights management, that agency to be selected by the minister of culture. The program is vested in the state-run Culture Promotion Fund (Fundusz Promocji Kultury), which is funded by taxation on gambling. University and school libraries were not included in the program. Its scope is limited to public libraries.

Under the plan, 75 percent of the total available amount will be provided to registered, participating authors, translators, and illustrators, and the remaining 25 percent to publishers and the copyright association selected by the ministry.

But local media report that only  about 2,300 authors have registered their books in the first edition of the program, raising doubts about its efficacy.

The website was set up in July, and on August 1, the state-run Book Institute (Instytut Książki) published a news release in which it encouraged local authors to register their works in the system. The maximum amount which can be earned by an author in the program is five times the amount of the average monthly salary, or some 20,000 zloty (US$5,200), according to Karol Kościński, a spokesperson for the ministry of culture, in a prepared statement.

Authors were required to register themselves through the online form, and were not allowed to have their publishers or agents register on their behalf.

“My boyfriend Łukasz helped me register online,” says Gaja Grzegorzewska, a bestselling crime novelist, in another Gazeta Wyborcza article by Grzesiczak. “For me, this process was very complicated. In my opinion, the program was not well promoted, and I wasn’t informed about it by my publisher.”

Prof. Marek Jablonowski, deputy dean of journalism and information at the University of Warsaw, says that all efforts to support authors at the state level should be welcomed. He indicates that the lukewarm response to the program from writers might be because they see the highest-visibility writers getting the lion’s share of the funds from the program.

“It would be a shame if the bulk of these funds were to be allocated mainly to authors who are already acclaimed as bestsellers, leaving less popular authors with only token payments,” Jablonowski tells Publishing Perspectives. “The state has various alternative ways of encouraging budding authors. There are scholarships, awards, and writer-in-residence programs, for example.”

Meanwhile, some observers point to the fact that the new program comes at a time when many public libraries are struggling to attract readers amid budget cuts.

Libraries are an easy target for spending cuts, says a librarian in central Warsaw. She shares her criticism of government cuts with Publishing Perspectives on condition of anonymity.

“Librarians have a very limited capacity to protest such decisions. This is particularly relevant in smaller towns and municipalities where there’s often just one public library and the level of unemployment is high.”

Poland is one of seven key industries featured in The Markets: Global Publishing Summit (18 October 2016) from Publishing Perspectives and the Frankfurt Book Fair. In addition to our Markets white paper, you can read our series of interviews and information in relation to the conference.