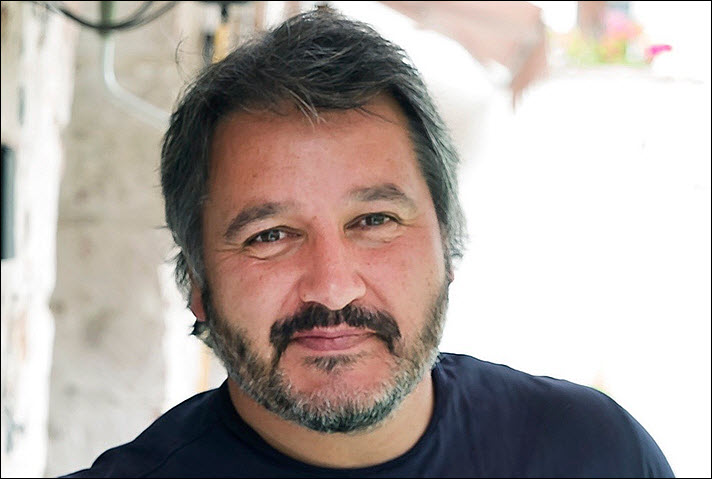 As Hay Festival Segovia opens, Hay founding director Peter Florence talks about the festival’s global appeal, and about literature as “the most dissenting art form.” Having started as an annual gathering of writers and intellectuals under canvas tents on the England-Wales border, the Hay Festival is now in its 29th year and six countries. Host cities have included Belfast, Beirut, Dhaka, Kerala, and Nairobi.

The event touches down, opening today (September 22) for its 11th iteration in the Spanish city of Segovia. That follows the successful debut of the festival in Querétaro, Mexico.

In Segovia, the festival coincides with local celebrations to commemorate the 400th anniversary of the death of Miguel de Cervantes. Local writers hosted are to include Antonio Muñoz Molina, María Dueñas, and Eduardo Mendoza.

Over the years, the Hay Festival has become a network of world events produced by Hay Festival of Literature & the Arts, Ltd., a company registered in Wales and England. Peter Florence and his father Norman are said to have founded the Hay with winnings from a poker game. We ask him about that, too.

Posters of the Hay Festival Cities

Publishing Perspectives: The Querétaro edition of the festival was well received, and the city will host the event again next year, a sign of its success?

Peter Florence: The audiences were really engaged. And the venues were packed with young people. The same was true in [previous Mexican host cities] Zacatecas and Xalapa, and in Mexico City last year. The program explored big themes of violence and corruption and freedoms, and those issues resonate there.

PP: What are the factors that you take into account when selecting a host city?

PF: The question is: will the city embrace the festival? Part of that is about budget, part of it is about location, and buildings, and infrastructure, but the crucial part is about whether what we want to do will play locally to the community. And following on from that, will people locally invite their friends to share it.

‘Our Profoundly Atheist and Liberal Culture’

PP: Which factors favored the choice of Segovia?

PF: [Laughs] That was just a romantic quirk of fate. In 1984, I was invited on a British Council tour with a play. The first city we played was Segovia, and it seemed magical to me. It still does. And I love the way this deeply Catholic and conservative city has embraced our profoundly atheist and liberal culture.

PP: Do you have any plans to revive the Beirut edition?

PF: Beirut was a perfect venue for our project Beirut 39 – which brought together 39 emerging stars from across the Arab world. It’s one of the world’s great cafe cultures, it’s a party town, and it’s home to some of the region’s greatest writers. But it’s too dangerous now for a big international festival, but these cycles turn. We’ll go back. Maybe Byblos.

PP: Are you approached by cities, offering themselves as hosts, or is it a question of you approaching them?

PF: We get an approach perhaps once a fortnight—sometimes from politicians interested in economic regeneration, sometimes people wanting help for their own festivals from our consultancy, and sometimes from book lovers who want to celebrate a shared passion. There’s no one model.

PP: What’s the key to a host city making a success of the festival?

“The great advantage of multiple locations is the scale and scope of the stories you can explore and the range of voices that can be heard. We program 2,000 events a year.  That’s a huge canvas to work on.”Peter Florence

PF: All the host cities are thrilling in their own ways, and each of them provides challenges and opportunities. The simple need to sit down and tell stories, share ideas, just to talk—that’s universal, whether you’re sitting around a campfire or on a picnic rug, or around the most sophisticated table.

Literature is the most dissenting and un-clubbable art form. Writers aren’t ever luxury entertainment like classical music or art. They pose questions, they destabilize, they’re provocative.

Anyone who gets that and embraces it will be a great city host. The great advantage of multiple locations is the scale and scope of the stories you can explore and the range of voices that can be heard. We program 2,000 events a year. That’s a huge canvas to work on.

PP: Much of the festival’s success is due to its function as a forum for debate. How do you balance the themes to maintain the festival’s wide appeal?

PF: We tend to mix the programming quite promiscuously. All the festivals have different directions–Segovia is more engaged with architecture and art because of the director, Sheila Cremaschi’s, personal passions–and because of the city itself. Cartagena is [program director] Cristina Fuentes La Roche’s baby and has always operated under the star of our patron Gabriel García Márquez and his interest in journalism and literature.

Hay in Wales is informed largely by academic research across a huge spectrum of curiosities. It’s both more highbrow and much more vulgar than the others.

PP: What plans do you have to celebrate the festival’s 30th birthday in 2017?

PF: We are working on a big book of pieces for our 30th anniversary next year.

‘All Festivals Have Lives of Their Own’

PP: How big an operation is it, what does it cost to mount each festival, and how important is the festival’s publishing arm?

“The simple need to sit down and tell stories, share ideas, just to talk—that’s universal, whether you’re sitting around a campfire or on a picnic rug, or around the most sophisticated table.”Peter Florence

PF: We have a permanent staff of 14. Most of the festivals’ [have budgets of] around $1 million to $1.5 million. We always operate with a mixed economy of sponsorship, funding, and ticket and book sales, as we publish stories and poetry collections. Our main production, though, is video, with the the talkingaboutshakespeare.org website.

PP: In Spanish, the present indicative of “to have” is hay, which sometimes causes confusion: Hay Festival, “A festival of what?,” people have asked me in Xalapa and Querétaro. Have you considered adding a context to the event’s name in Spain, Mexico, Peru and Colombia?

PF: I love that Hispanic ambiguity. I don’t think anyone in Colombia or Peru knows much about the town in Wales. The Mexicans are the only ones who use the Anglophone pronunciation.

The thing is, you’re never sure what the festival is until you’re in it. All festivals have lives of their own. We like the strap line we use everywhere–’Imagine the World,’ Imagina el mundo. That seems to give the general idea.

PP: Rumor has it you funded the first festival with poker winnings. Is that true?

Hay Festival Segovia runs September 22 through 25 at various venues across the city. Next is Arequipa, Peru, December 8 through 11; Cartagena de Indias, Colombia, January 26 through 29; Hay-on-Wye, Wales, May 25 through June 4; and Kells, Ireland, June 22 through 25. More information is here.