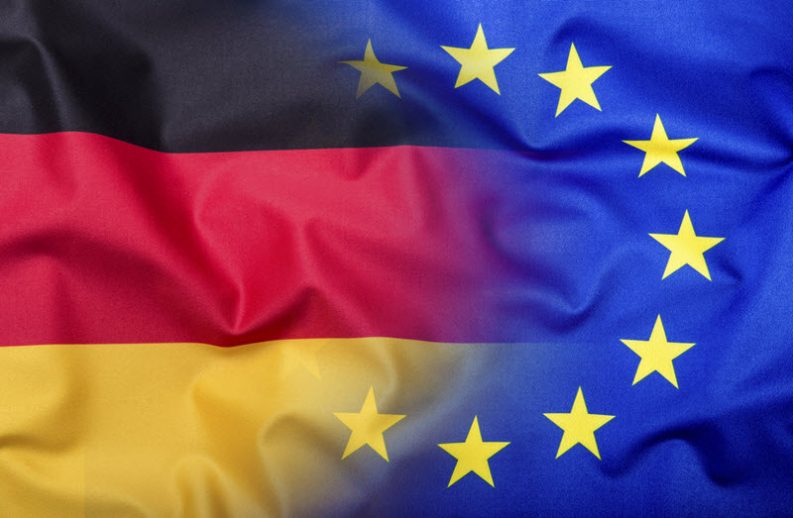 A proposal for redistributing copyright revenues to authors in Germany has been left in limbo, even as the European Commission proposes its own update to the EU’s copyright framework.

As you’ll recall, a ruling from the Federal Supreme Court of Germany in April arrived as a bombshell among publishers and authors in Germany, capturing the concern of the international industry.

The ruling essentially said that German publishers are not entitled to half the copyright revenues that were traditionally gathered for many years by the collection agency Verwertungsgesellschaft, or VG Wort.

Wednesday (September 14), the European Commission issued a proposal for reconfiguring the “Digital Single Market’s” regulations in copyright and communications. One report on the proposal is here, from Sam Schechner and Stu Woo at The Wall Street Journal. There’s also a useful summation here from the WSJ of the EU’s proposed new rules.

In comments provided quickly to Publishing Perspectives by the UK’s Publishers Association, the body’s CEO, Stephen Lotinga, is quoted welcoming the EC position, saying, “This is a sensible set of proposals which recognizes the role of both publisher and author within the copyright framework. “In a number of areas such as education and text and data mining, the Commission has listened to the concerns of businesses and the UK government on the need to balance any further copyright exceptions for public policy reasons with a recognition of the legitimate interests of rightsholders, with the UK framework being regarded as best practice.

“These proposals are of course the beginning of a process and we will want to see much greater clarity about the exact intention behind certain definitions and a stronger evidence base as to why certain changes are needed at all. It is also disappointing that the Commission choose not to extend the publishers related right to all types of publishers without any real explanation.”

In Germany, however, publishers and authors are facing a severe challenge to traditional copyright-revenue practice, and—as we’ll learn here—the effects of new clarity from the European Commission can’t come too quickly.

A ‘Disastrous Decision’ and Its Aftermath

We were glad to have a concise report on the situation from Dr. Jessica Sänger, legal counsel and deputy head of the legal department with the Börsenverein des Deutschen Buchhandels, Germany’s Publishers and Booksellers Association. As Sänger pointed out at the time, the Börsenverein’s estimate was that “around 300 million euros (US$336 million) will have to be returned by publishers.” This, in turn, holds the potential for bankruptcies among some publishing houses and sharp losses of jobs in others where radical cutbacks are made to stay afloat.

In a later article here, Michael Healy, executive director for international relations with Copyright Clearance Center, wrote: “Changes to the existing law” as to how copyright revenues are handled in Germany “might be the only recourse to get publishers back to the status quo ante… “There’s also the prospect of the affected societies having to seek the return of past payments going back many years from publishers. The financial implications could be very severe for many.”

Today, we’re pleased today to have Dr. Sänger with us again with an important update on the issue.

We open our exchange noting that messages to us at Publishing Perspectives have indicated that we were likely to see potential developments in the case this month.

Publishing Perspectives: Has there been any progress? On the basis of the Court of Justice of the European Union (CJEU) ruling in the HP/Reprobel case of November 2015, the German court held that publishers should not have received a share in the revenues generated by VG Wort. This means that VG Wort is obliged to claim for the return of all funds distributed to publishers for the years 2012 to 2015.

PP: Right, as we know, the November 2015 CJEU ruling held, in part, that any compensation collected in the form of levies must be payable only to authors, and not retained by publishers. This set the stage at the European level for the German court decision which followed.

And what was the result of this past Saturday’s meeting?

JS: Unfortunately, the proposed scheme for reclaiming the funds from publishers was not given the green light.

VG Wort’s internal rules require all groups representing the different professions—for example, authors and translators of fiction, screenwriters, authors and translators of academic works, publishers of different types, etc.—to agree on any proposal of this kind. A two-thirds majority is necessary in each of six professional groups. This time, the group representing journalists missed the necessary majority by three votes.

Since none of the alternative proposals tabled received a majority, no decision was taken.

PP: How is it that the journalists were opposed to the scheme? Would they have been put at a disadvantage?

JS: The majority of voting journalists did in fact support the proposal, but their majority did not reach the two-thirds mark. This is regrettable especially since journalists are the group least affected by the whole situation. Journalists generally have not had to share VG Wort revenues with their publishers, so they–unlike their counterparts writing fiction or academic books or articles–are not affected by the redistribution of revenues.

The reason behind the decision is more political. Over the last few months, there has been a drive from critical journalists to join VG Wort in order to qualify for a vote in this process and deliberately block VG Wort’s plans for managing the Vogel case fallout.

A Proposal To Minimize Damage, ‘Lessen the Burden’

“Authors waiting for redistribution of the funds face waiting longer for the money to be returned and available for them.”Dr. Jessica Sänger

PP: To remind our readers, the Vogel case, of course, is the original 2011 legal action and ensuing proceedings precipitated by attorney Martin Vogel’s assertion that the VG Wort’s tradition of dividing copyright revenues between authors and publishers is incorrect and unlawful. What is it that the critical writers don’t like about the proposal for the reclaiming of funds from publishers?

JS: VG Wort had put on the table a scheme which would have taken the return of funds from publishers, step-by-step.

Publishers could face bankruptcy if they’re required to return the full amount immediately to negotiate payment by installments.

Also, provision was to be made for authors to be able to voluntarily waive their claims against a publisher in order to lessen the burden particularly on small and medium-sized enterprises (SMEs).

It seems that these measures were felt to be too friendly toward publishers. The counter-proposal tabled by a number of writers was for VG Wort to reclaim and fully enforce a return of all funds within two weeks.

PP: How did publishers vote?

JS: Despite the fact that it is a very difficult situation for publishers, it was encouraging to see that they voted unanimously in favor of VG Wort’s proposal. This shows that publishers remain committed to the organization and to collective management in partnership with authors, despite the huge difficulties we face due to the CJEU’s disastrous decision.

PP: What does this mean for the next steps?

JS: It means that VG Wort is put into a very difficult situation, unable to proceed with the necessary steps in order to comply with the judgment of the German supreme court.

It also means that authors waiting for redistribution of the funds face waiting longer for the money to be returned and available for them. A number of the authors present on Saturday were quite vocal in voicing their disappointment with the intervention of the journalists.

“We need the German legislature to take its cue from the European Commission and put into place a robust interim solution that will ensure that publishers can receive their fair share of remuneration under the existing exceptions.”Dr. Jessica Sänger

JS: VG Wort will have its next extraordinary meeting in November. Originally, the plan was for members to take the next step and agree on a scheme for redistribution of the funds returned to VG Wort by publishers. But this cannot go ahead before the process for repayment has been put into place.

It’s not yet clear how VG Wort will move ahead. No doubt VG Wort will be analyzing the legal situation and consulting with the government department in charge of overseeing collection management organizations (CMOs) in order to determine the correct way forward.

PP: And is there a way the situation be fixed for the future?

JS: It’s essential that the legal uncertainty caused by the CJEU’s interpretation of the copyright framework be addressed by policy makers.

We’ve seen today (September 14) that the European Commission has understood that a clarification of the existing copyright framework is necessary in order for member states to be able to continue to operate– or, as in the case of Germany  re-establish–systems in which the harm suffered by publishers when uses are made under exceptions be recognized.

Commissioner [Günther] Oettinger’s proposal for a provision expressly permitting the member states to legislate for such systems is highly welcome.

However, we need it to be put into place very quickly, and we will also need to see a clarification that publishers are rightsholders by virtue of transfer of rights from their authors, in order for the EU copyright framework to be consistent.

In the meantime, we need the German legislature to take its cue from the European Commission and put into place a robust interim solution that will ensure that publishers can receive their fair share of remuneration under the existing exceptions.

Stephen Lotinga of the UK’s Publishers Association speaks on October 18 in the role of analyst during Frankfurt Book Fair‘s The Markets: Global Publishing Summit. Registration is open, and you can find more stories on The Markets conference here.