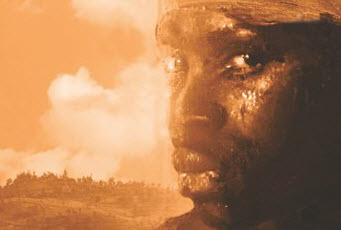 ‘The problem with the Kenyan society is that we read mostly for exams.’ The country’s publishers say they’re troubled by children’s lack of a reading habit. Writing for the Daily Nation, and reposted at allAfrica, Patrick Lang’at reports that publishers in Kenya recently asked counties to set aside funds to buy books not required by official curricula, adding a request to the ministry of education to increase funding to purchase “other reading materials besides school textbooks.”

The Kenya Publishers Association declared that the state of the culture of reading in Kenya was troubling, and was affecting “the language development of children.” “The problem with the Kenyan society is that we read mostly for exams, light academic fires and burn books as we dance after ‘completing education,.”

“The result is that we can barely communicate well in either English or Kiswahili, and most of our children cannot spell words correctly.” The Book Fair ran through Sunday (September 25) and included the announcement of the winners of the Wahome Mutahi Literary Prize.

In addition, the association has called for the removal of value added tax (VAT) on books. They say the tax is a factor that discourages Kenyans from buying books.

Mwazemba is quoted saying, “VAT goes directly to punishing Kenyans for buying books, and is charged at the bookshops and goes straight to the government.”

The fair’s organizing committee chair Mary Maina added, “As things stand now, the VAT being imposed on books is eating into the funds allocated…for buying books.”

And Prof. Wa Mberia is quoted by Lang’at saying that a healthy culture of reading needs to start right at the beginning in the schools. “We have killed the reading right from schools. If you are found reading a book that is not examinable, teachers condemn the student, instead of encouraging them.” As announced at Nairobi’s book fair and reported at the literature blog site JamesMurua.com, Ng’ang’a Mbugua won the Wahome Mutahi for his English language novel Angels of the Wild (One Planet Publishers).

John Habwe won in the Kiswahili language category for Kovu Moyoni (BookMark Africa). The winners each receive an award of 100,000 Kenyan shillings (US$988).