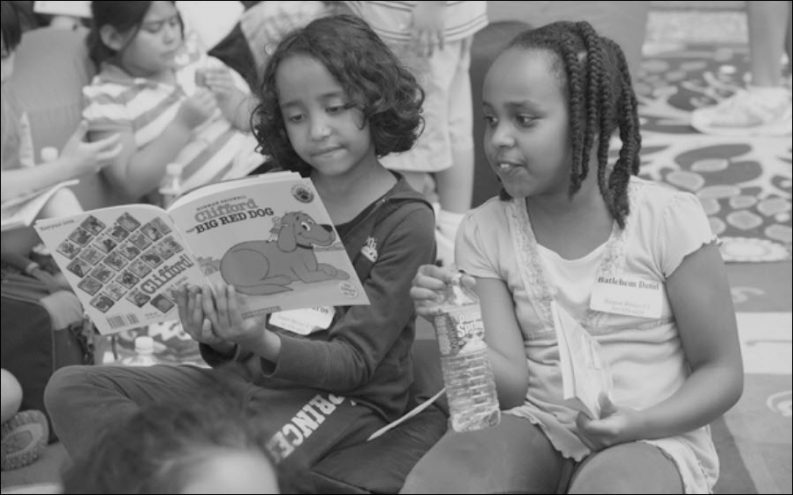 When young readers’ access is limited not only by local challenges to books but also by ‘soft censorship,’ asserts PEN America’s report, ‘diverse books’ may be the first to be yanked. Image: PEN America ‘Missing From the Shelf,’ used by the report courtesy of the US Department of Education

Reporting “a persistent pattern of attempts to remove certain books from public schools and libraries—combined with a lack of diversity in children’s and young adult book publishing,” PEN America’s new study is a chilling echo of some of the themes of the American election season.

And as Frankfurt Book Fair draws closer, organizers and industry leaders are speaking forcefully about the unity that world publishing cannot afford to let falter when it comes to unfettered expression: the freedom to print.

Writing in Publishing Perspectives‘ new Fall Magazine, Frankfurt Director Juergen Boos reminds us that with freedom of speech under attack, “we must interfere”: “One of the biggest concerns currently is the fragile state of the freedom of speech, which is under attack. So, what can we do as an industry? We must interfere.

“As I said last year when I introduced novelist Salman Rushdie as our Opening Press Conference speaker for the Book Fair, authors are fighting for freedom of speech every day because it interferes with their literature. So, too, must the publisher.

“As publishing professionals, we should make every effort to integrate these issues into the general course of our business. It is essential to stay involved and fight those trying to impinge on the freedom to share information.”

Titled Missing From the Shelf: Book Challenges and Lack of Diversity in Children’s Literature, the release of PEN America’s new 35-page free report is timed to coincide with Banned Books Week in the United States. But it takes the extra step of bringing the issue of book bannings into close, troubling proximity with the wider, stubborn problem of a lack of diversity in publishing’s general output, especially for young readers—the industry’s future consumers.

What’s being studied here isn’t a high-level view of the country’s overall picture but examples of localized community pressures that pit and pock the cultural landscape, dark gullies of restricted access that may go largely unnoticed on the national and international scene.

In its introductory commentary, the report reads, in part: “An examination of current patterns of challenges to children’s books reveals that a large portion relate to children’s and young adult books that are either authored by or are about people of color, LGBTQ people, and/or disabled people.

“And even if a particular challenge fails, teachers and librarians are aware that diverse books may draw unwanted scrutiny, prompting some of them to avoid assigning these books or putting them into library circulation in the first place.”

In other words, self-censorship naturally follows even unsuccessful attacks, and the drive to find more diversity that animates parts of the world industry today can be profoundly hobbled at the most local level when educators must operate out of fear.

Even the statistical outlook brought to bear on the study by PEN might surprise some readers of the report:

“We are often hiring assistants with the right ‘fit’ and looking for assistants who share our literary tastes, which only furthers the homogeneity of the industry.”Alvina Ling, Little, Brown for Young Readers

The upshot of the report is a look at how unprepared parts of the American population might be for such an eventuality.

The report is assembled by a study of “news and analytical reports on book challenges and bans,” the text tells us, reportage on “diversity in the publishing industry, and representation of people of color in children’s and young adult books, as well as phone and email interviews with authors, editors, academics, advocates, and others focused on these topics.”

And while we’ll leave you to have a look at the study, yourself, some quick points of interest are easy to draw out for you. Here, for example, is a quick citation of the study’s findings in terms of the number of challenged books in the US from 2010 forward.

And consider some of the books that PEN found were frequently challenged in 2014 and 2015 (see Page 8 of the report for details on each):

In one section of the report, the authors discuss “soft censorship” (see Page 12): “Many librarians, teachers, and school administrators freely admit that they decline to order certain books out of fear that someone might find the content objectionable. Or they order the books, but keep them in special sections, locked cabinets, behind the librarian’s desk, or put stickers on the covers to show they belong to a special category.”

In looking at various dimensions of diversity issues, the study cites the 2015 Lee & Low report, covered here by Publishing Perspectives, and quotes a clear-sighted Alvina Ling, vice-president and editor-in-chief of Little, Brown for Young Readers:

“One of the greatest obstacles to creating a diverse workforce and publishing diverse titles is the fact that publishing has historically been a passion industry…And, it’s only natural that editors will have their own biased tastes. And because publishing, especially editorial, is an apprenticeship, we are often hiring assistants with the right ‘fit’ and looking for assistants who share our literary tastes, which only furthers the homogeneity of the industry.”

The report includes recommendations and best practice guidance on “moving forward” toward healthier understandings of shared culture and the needs of a dazzlingly diverse readership, too many parts of which are left woefully under-served.

The report was researched and co-authored by Robin Shulman, edited by Katy Glenn Bass of PEN’s Free Expression Research unit and James Tager who manages the Free Expression Programs. The report’s design is by Suzanne Pettypiece. Image: PEN America ‘Missing From the Shelf,’ used by the report courtesy of the US Department of Education