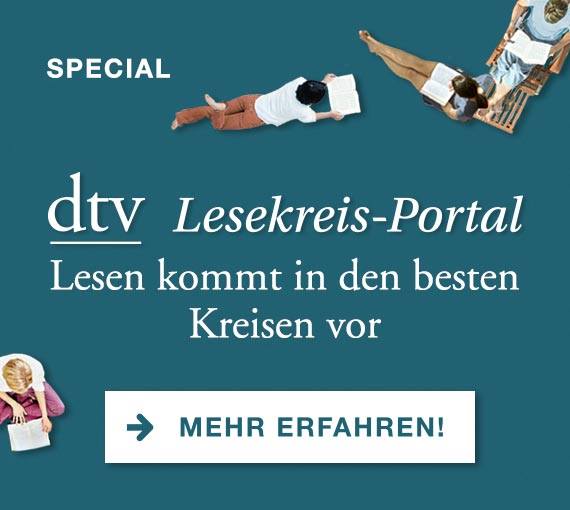 One of German publisher dtv’s latest initiatives is an information portal aimed at marketing their titles to the numerous book clubs around the country. In the ongoing quest to reach new readers and promote customer loyalty, German publisher dtv has come up with a new online portal aimed at book clubs: The Lesekreis-Portal (Book Club Portal).

The portal also offers contributions from authors, translators, and publishers, as well as downloadable info sheets for booksellers.

In addition to offering readers additional information about each book, this portal also serves as a tool for dtv to market its backlist titles. Nine out of ten titles currently in the Book Club Portal are from the backlist, with further titles to follow soon:

Claudia Baumhöver, editor-in-chief at dtv, says: “The large number of book clubs is a manifestation of people’s desire to discuss literature together. The Book Club Portal is the right idea at the right tie. It’s also a great service for booksellers and a fantastic opportunity to connect with customers.”