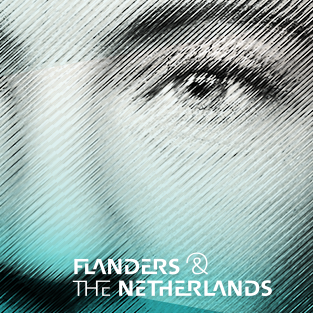 Across the grounds of Frankfurt Book Fair and in many other parts of Germany, the Guest of Honor program featuring Flanders and The Netherlands will stage a range of cultural events and exchanges.

The number seems even larger, as our colleagues point out that the standard annual level of new translations from the Dutch for German-speaking countries is around 85 titles.

One of the strongest elements of the Guest of Honor Pavilion at Frankfurt this year is expected to be a virtual-reality rendering of Mies van der Rohe’s Barcelona Pavilion for the Catalonian world exhibition of 1929.

Programming for the Flemish-Dutch collaboration is to run from 9:30 a.m. to 7 p.m. daily during the Fair, with Frankfurt’s Künstlerhaus Mousonturm hosting a six-week performing arts festival. The Museum für Moderne Kunst (MMK) is to be showing work of Fiona Tan, Willem de Rooij, and Laure Prouvost.

In a prepared statement, Frankfurt also announces that the Schauspiel Frankfurt, the Städel Museum, the Fotografie Forum Frankfurt, die basis, the Deutsches Architekturmuseum (DAM) and the Deutsches Filminstitut will all present artists from Flanders and the Netherlands, adding that of those artists some are “more famous, some less so.”

In association with the Dutch Foundation for Literature and the Flemish Literature Fund, more than 400 events are also slated to take place across Germany under the umbrella, relative to the Guest of Honor activities showcased at Frankfurt.

Some 70 Flemish and Dutch writers are engaged with the program during Frankfurt Book Fair, and the 2,300-square-meter Forum Level 1 setting offers literary, film, and theatrical events, under the artistic direction of Flemish YA author Bart Moeyaert.

An extensive list of programming events is in this PDF edition of the Guest of Honor brochure.

And Flanders and The Netherlands are one of the seven publishing regions highlighted in Frankfurt Book Fair’s and Publishing Perspectives’ conference, at the Business Club in The Markets: Global Publishing Summit on Tuesday, October 18.

A model of the Guest of Honor Pavilion design coming to Frankfurt Book Fair for the Flanders/Netherlands events in the Forum. Image: Provided by Frankfurter Buchmesse

In addition to our Markets white paper, you can read our series of interviews and information in relation to The Markets: Global Publishing Summit, October 18, from Publishing Perspectives and the Frankfurt Book Fair.