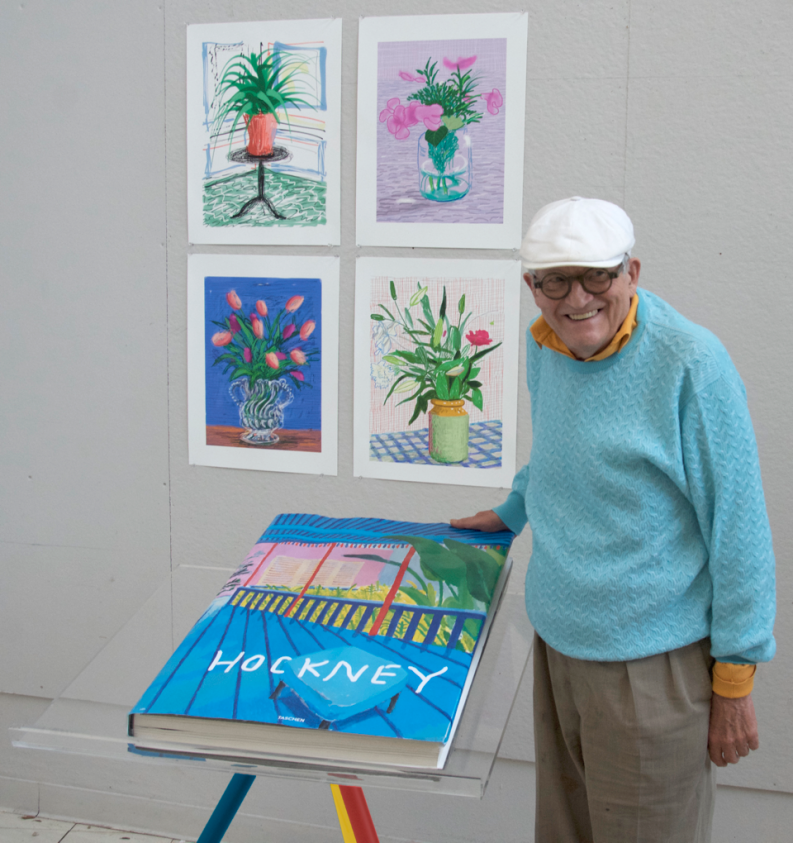 Highlighting The Arts+ at Frankfurt

In a statement issued this week, Frankfurt Book Fair has announced that UK artist David Hockney will be a keynote speaker at this year’s opening news conference, scheduled for 11 a.m. CEST on October 18.

The selection of the iconic 79-year-old Hockney highlights Buchmesse’s new The Arts+ programming, which is focused on new businesses in creative and cultural industries fueled by 3D, artificial intelligence, virtual reality, augmented reality, and other trends.

As part of The Arts+ program, Hockney is to make a presentation of the monograph A Bigger Book, a 500-page, career retrospective of the artist’s work in Sumo large format, upcoming from the publisher Taschen, one of the founding partners of the program.

A Bigger Book follows his 2012 Royal Academy exhibition, A Bigger Picture, in which the artist produced large images with the aid of an iPad. As Book Fair’s news release indicates, Hockney is known for adventurous technique, sometimes using photocopying, fax machines, Polaroid imagery, and photo collage he sometimes has called “joiners,” referring to multiple photos joined together. After a period of focus on photographic work, Hockney returned to painting, as a matter of fact, apparently not satisfied with the photographic results he’d captured. A Bigger Picture is also the title of a 2009 BBC1 Imagine film documentary by Bruno Wollheim. A show named A Bigger Exhibition was mounted at de Young Museum in San Francisco in 2013.

Frankfurt’s The Arts+ programming also includes a Meet the Artist session with Hockney on October 19 at 1:20 p.m., as well as the October 18 address at the opening news conference.

In a prepared statement, Frankfurt director Juergen Boos honors Hockney’s eclecticism of approach, calling him “one of the most multifaceted artists of the present day.

“His openness to new media and his application of digital techniques, which is frankly genius,” Boos says, “have made him into one of the pioneers of contemporary art. It also means he’s an ideal representative of what we want to showcase at The Arts+: the synthesis of the digital and the aesthetic in art.”

Hockney was born in 1937 in Yorkshire and his career has spanned more than 60 years, with major spans of interest including Californian scenarios and operatic set design, notably the 1991 Turandot work for the Chicago Light Opera.

Frankfurt Book Fair opens in 42 days, as of this writing, and more information about it is available here at Publishing Perspectives and in #FBM Countdown.