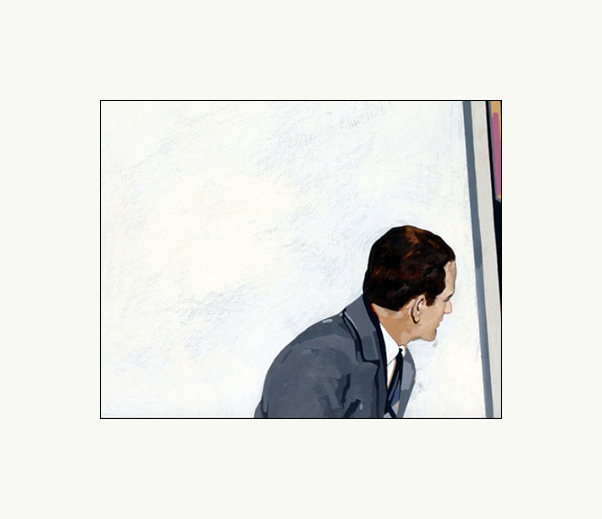 As part of a rich basket of books Milan agent Rosaria Carpinelli is taking to Frankfurt, she’ll have Gianrico Carofiglio’s ‘The Cold Summer’ — and its author, too. A detail from the cover art for Gianrico Carofiglio’s ‘The Cold Summer’ (Einaudi, October)

A Crime Novel With a Message of Hope Milan’s Rosaria Carpinelli will arrive at Frankfurt Book Fair in October with one of the biggest books of the season in Europe—and its author.

Bari-born novelist Gianrico Carofiglio worked as a prosecutor in Italy’s complex battles with organized crime and was appointed advisor of the anti-Mafia committee in the Italian Parliament in 2007. He served as a senator in Rome from 2008 to 2013. It was in the line of duty as a prosecutor that Carofiglio encountered what one of his police associates named “the cold summer” of 1992 when an especially virulent, youthful mafia was trying to establish itself in the southeastern Puglia region.

The Cold Summer (L’estate fredda), being readied now for an October release by Einaudi, is written very close to the events of that chilly, dangerous season, and marks, Carofiglio tells Publishing Perspectives, one of the few times he has found himself interested in delivering a message with his fiction: organized crime is not inevitable, not unbeatable. “We won,” he says, triumph energizing his voice. “We won.”

Carofiglio speaks on Thursday, October 20, at 2:30 p.m. in Frankfurt on the Publishing Perspectives Stage in Hall 6, and we’ll have much more from Carofiglio in our full interview with him.

‘The Ideal Backlist for an Agent’ Carofiglio’s Guido Guerrieri novels, Carpinelli tells us, “are called ‘both literary and gritty’ by Jeffery Deaver, and have been translated into 27 languages. They’re the ideal backlist titles for an agent.

“The character of the Italian lawyer Guerrieri, born in the city of Bari, a magic place in the Southern part of the Adriatic sea’s coast, is so loved by readers around the world that I keep renewing contracts, once they’re expired.

“In many countries,” Carpinelli says, “publishers are reissuing new paperback editions, refreshing them with new cover art. It’s happening in Germany, in the UK and US, in Poland, in Denmark—quite different places. And there are always new countries we’re adding to the list, including Bosnia and Kenya (in Swahili), and most recently, Albania.

“So the  Guerrieri’s novels are like a unique saga, in five parts, for the time being. But Gianrico Carofiglio has also written wonderful stand-alone novels, such as The Past is a Foreign Country, which has been published worldwide, including in Vietnam. It’s been made into an award-winning film. And there’s The Silence of the Wave. In Gay Talese’s words: “Italy’s best exports now include No. 1 bestselling writer Gianrico Carofiglio.”

‘A Never-Ending Love Affair With Books’

Publishing Perspectives: How do you see the prospects for The Cold Summer? Rosaria Carpinelli: I can’t wait to start submitting it. I’ve practically followed the process of its writing. The book is divided into three parts and I’ve been allowed by the author to read each single part as it was completed. It was difficult to wait for each new act to be delivered.

I like the combination of reality and fiction: from one side the tragic facts that happened in Italy in the summer of 1992, when the two Sicilian judges, Falcone and Borsellino, were killed by the mafia in Palermo. And from the other side, there’s a very fast narrative pace to Carofiglio’s fiction, describing how in another Italian region, Apulia, at the same time the local mafia was knocked down by the brilliant investigation of a distinguished officer of the Italian Carabinieri, maresciallo Fenoglio.

Carofiglio is an elegant writer, capable of rare and deep insights into human nature and the mind, but he also has incomparable experience as a prosecutor, specialized in organized crime. Every detail of his work is a revelation to the reader and few writers in my opinion are able as he does to convey such a powerful sense of truth.

What’s more, there’s hope in this novel: not common in books on this topic.

PP: Have any international rights been sold as yet for The Cold Summer, prior to Frankfurt?

RC: We’ve sold German rights, sight unseen. I’ll focus on the other languages in the next weeks.

Many publishers are asking to read the book before the opening of the Fair. And this will be the first visit Gianrico Carofiglio makes to Frankfurt Book Fair, an opportunity for publishers and booksellers and journalists to meet the author.

We’ll also have a conference for the Italian community living in Frankfurt, supported by the Italian Institute of Culture.

PP: What other titles of special interest will you offer at Frankfurt this year?

RC: Among new titles, I’ll offer Andrea Molesini’s The Loneliness of the Murderer (Rizzoli), a literary novel with the rhythm of a thriller, set in Trieste. Molesini’s previous historical novel, Not All Bastards are from Vienna, translated in several countries, has been interestingly defined by The Wall Street Journal as “War and Peace meets The Leopard.”

And I’ll have the new essay by the psychiatrist and a sociologist Paolo Crepet, Kiss Me Without the Net (Mondadori), a passionate but unbiased analysis of the condition of the individual and of interpersonal relationships in our current digital and interconnected age.

Marco Polillo’s novels featuring the commissioner Enea Zottìa and set in the enchanting frame of Lago d’Orta will also be displayed on my table.

More to come: Anna (Einaudi), by the internationally acclaimed novelist Niccolò Ammaniti, just published in the Netherlands, Spain, France, and with many translations underway; as well as for Splendor (Mondadori), by the wonderful Margaret Mazzantini, author of novels beloved by readers around the world.

Regretfully, I have to put a stop to my list, so I’ll just mention The Long Wait for the Angel by Melania Mazzucco, a multi-awarded historical novel about the life of Tintoretto and his special relation with his illegitimate daughter Marietta, an artist herself.

Between 2018 and 2019 an extraordinary exhibition will travel from Palazzo Ducale e Accademia in Venice to the National Gallery in Washington to celebrate the 500th anniversary of Tintoretto’s birth: a wonderful occasion for me to re-offer the foreign rights in this novel and to find new territories for it.