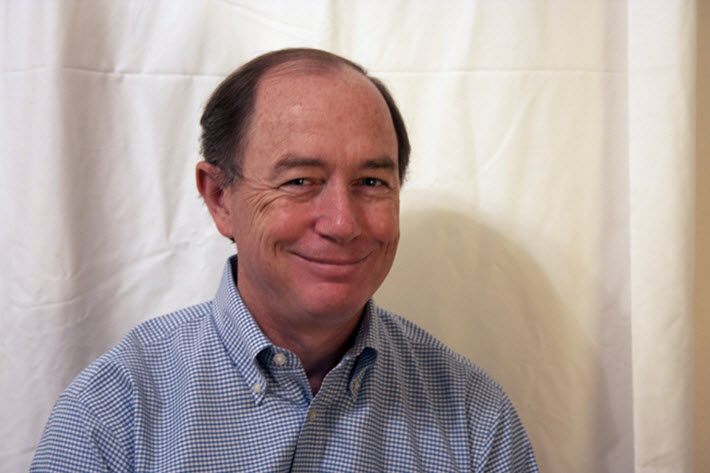 As Book Industry Study Group members gather for a 40th annual meeting, the organization’s incoming director is focused on ‘execution against the objectives and strategies’ of the group. ‘All About Solving Problems’

And for an organization that generally appears to be relatively slow-moving, BISG has had one eventful year.

Last October, Publishers Weekly‘s Andrew Albanese had a Frankfurt Book Fair interview with Mark Kuyper, who had been CEO of the Evangelical Christian Publishers Association and was, last autumn, replacing Len Vlahos as BISG’s new executive director. Albanese asked Kuyper, among other things, about the importance of data development to publishing. Ironically in retrospect, Kuyper turned for a reference to Google’s driverless car that’s “always collecting data,” as he put it, “and telling the car what to do.”

As it happened, BISG would find itself driverless again in under a year. Kuyper left BISG in August, and this month BISG announced that longtime publishing consultant Brian O’Leary has been tapped to step into the leadership role, beginning officially on Monday (October 3).

Having worked in the Time Inc. magazine division on production and distribution for Time, People, Entertainment Weekly, and other Time Warner properties, O’Leary later led Hammond Inc.—a publisher of geographic reference work—through an editorial restructuring and would go on to teach management and leadership in New York University’s School of Continuing and Professional Studies publishing program. Some of us know O’Leary best for his contextual work around the digital dynamic in publishing. O’Leary’s framing of the “abundance” theme in digital publishing and of an “architecture of collaboration” have had lasting resonance in the industry’s discussions, as has his book with Hugh McGuire, A Futurist’s Manifesto: A Collection of Essays From the Bleeding Edge of Publishing (O’Reilly Media, 2011).

On the eve of the BISG annual membership meeting—billed as a chance to “celebrate BISG’s 40 years of transforming the publishing industry”—Publishing Perspectives asked O’Leary to share a little background with our international audience.

Publishing Perspectives:  What was BISG created four decades ago to do in the American publishing industry?

“When you write a column as a consultant, you don’t have to worry so much about implementation, right? And now I do.”Brian O'Leary

Brian O’Leary: BISG initially started as a research organization. A mix of publishers, printers, and trade associations agreed that the industry would benefit from regular, structured studies of what was happening across what we now call the “publishing supply chain,” from publishers through to printers, wholesalers, and retailers.

Since its founding, BISG has grown to address research, information, and standards. Today, it’s probably best known for its work around standards, including implementation of ONIX, the metadata standard maintained by EDItEUR, and regular updates to the BISAC subject codes.

PP: Considering how much change has come to the industry in the last five or 10 years, it’s to be expected that some recalibration and fresh assessments are in order, right?

BO: BISG grew up in a print-only, bricks-and-mortar era, but it has adapted over time to help address challenges presented when new channels and formats come along. The growth of online sales, for example, made it critical that publishers, distributors, and retailers improve their handling of product metadata. BISG’s committee structure brought together representatives from companies across the supply chain to discuss best practices and agree on how that product metadata should be created and managed.

I’d agree that the pace of change has accelerated in the last five to 10 years. The growth of ebooks following Amazon’s release of the Kindle ecosystem is an easy example, but we also have to pay close attention to other areas, like subscription models and the shorter-form content that digital distribution can facilitate.

Recalibration is almost always in order for an established association, and over the next three to six months, I expect we’ll be taking a fresh look at everything we’ve been doing.

PP: In that vein, Jim Milliot’s characterization of BISG’s having “struggled recently to define what its future mission should be” is probably to be expected, right? The ground under it has shifted very fast.

“It’s absolutely critical that we find ways to serve the interests of independent authors. At this point, many don’t understand the supply chain.”Brian O'Leary

BO: BISG was somewhat behind in embracing the potential of digital formats. As a result, observers and probably some members came to see us as focused on physical products.

While we’ve done a good deal of work on things like online use of ONIX, we weren’t seen as leading the charge. IDPF owns the EPUB standard, and it has moved quickly to expand its use. That’s okay: we don’t need to own the standard to help the industry benefit from it. A couple of years ago, BISG formally endorsed EPUB 3.0 as a preferred format, something the organization does only rarely.

PP: And while we assume you can’t say too much about the draft of the strategic plan at this point since it’s to be presented this week, where does that “broad membership” mandate from before stand today? Are there really authors involved, for example, and should there be?

BO: It’s absolutely critical that we find ways to serve the interests of independent authors. At this point, many don’t understand the supply chain, and those who do sometimes feel that it doesn’t serve them.

An example can be found in the use of ISBNs. Within the supply chain, ISBNs are a critical identifier, but independent authors selling in a single platform don’t see the value of paying what can be a sizable fee to obtain one. As a result, we all know less about what’s going on in the supply chain. In turn, that fosters debates about the size of various parts of the market, something we really should be able to figure out in a more transparent way. [Editor’s note: here’s our story on Bowker’s recent revelation about the rising number of ISBNs being applied to self-published books.]

“The good news is that the committees and working groups at BISG are all about solving problems.”Brian O'Leary

We do want to expand membership, but we also need to be mindful of the role that partners like IBPA [the Independent Book Publishers Association] can play in shaping a conversation about what independent authors need. Angela Bole, who leads IPBA, serves on the BISG board and co-led the recent effort to update our strategic plan. We’re already working with members like IBPA to develop solutions that serve the interests of independent authors.

Over time, I think that will interest authors who will see BISG as a companion resource, not a competitor to what IBPA offers.

PP: We were intrigued, of course, with your commentary in August on “Rethinking the Publishing Conference Model” at Publishers Weekly. You referred there to a trend in conferences toward “describing the problem more than solving it.” Isn’t it possible that BISG might have at times fallen prey to the same tendency? And is that something to consciously watch for in reconsidering the organization’s potential?

BO: When you write a column as a consultant, you don’t have to worry so much about implementation, right? And now I do.

The good news is that the committees and working groups at BISG are all about solving problems. If you look at the accessibility working group, it developed a working guide that helps authors and publishers understand how to create and maintain content that meets the needs of reading-impaired consumers. The annual updates of BISAC codes, a key to product discovery, are the work product of volunteers engaged in a BISG committee. We have about 20 active committees and working groups, all organized to provide a specific benefit for the industry.

Going forward, I think you’ll see us place a strong emphasis on the efforts of BISG’s committees and working groups. As we expand programs and events, we’ll try to purposefully convene audiences that are able to help us solve industry challenges. That approach has served BISG well for 40 years, and I think it gives us the right foundation.

PP: If anything, still going off your August commentary, your call for “more and better-structured educational content” seems to be something that BISG can answer, even if some conferences can’t or don’t seem inclined to do at the moment. The certification element you mentioned for entry-level staff seems like something BISG could administer, right?

“BISG is certainly positioned well to convene interested members of the supply chain…to help us deliver leading-edge instruction to those who want to improve their understanding.”Brian O'Leary

BO: You’re right. Certification or ongoing training is probably something we’d develop in concert with other industry associations, as we’re small and our access to certain audiences, like independent authors, is limited. But BISG is certainly positioned well to convene interested members of the supply chain, both to identify what information and education is needed and to help us deliver leading-edge instruction to those who want to improve their understanding.

PP: Remembering your commentary on the mentality of abundance rather than scarcity and on that “architecture of collaboration,” can BISG, in effect, become an engine of that architecture? Is there a chance to revisit this context again?

BO: While I’d love a chance to expand the conversation to address some of the ideas I’ve been working on over the last several years, my focus for the next 12 to 18 months will be execution against the objectives and strategies developed by the board.

Big ideas and effective execution aren’t mutually exclusive, but I feel we need to focus first on getting good committee work in front of the membership and the industry. When that’s done, I think we’ll have a public face that will support both focused and larger conversations.