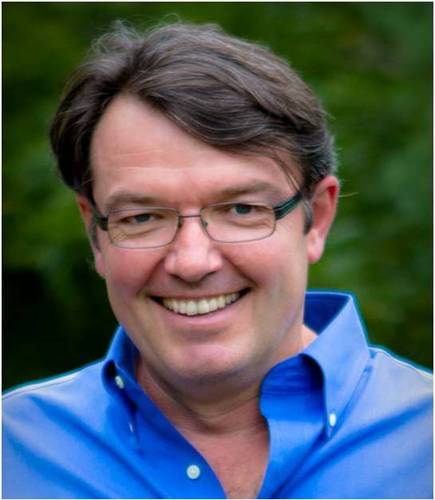 The US ISBN agency, Bowker, reports a 21-percent increase in self-published ISBNs—not titles—from 2014 to 2015: another indication of quickly rising interest in indie publishing. Infographic from ProQuest Bowker’s ‘Self-Publishing in the United States, 2010-2015, Print vs. Ebook’

Note an important update to this story. Our thanks to Beat Barblan and his team at Bowker for providing us with a figure on how many actual titles are represented by the 2015 number of self-published ISBNs: 625,327. Here is a special report on that.

Caution is important at the outset on this report. You may hear people saying that Bowker’s latest report shows 727,125 self-published titles in 2015. That is incorrect.

Publishing Perspectives has spoken with Bowker’s director of identifier services, Beat Barblan, who clarifies that the company’s newly released figures show that in 2015, 727,125 ISBNs were applied to self-published works. That figure includes print and digital books, combined.

The reason for care here is that best-practice guidelines encourage writers to register multiple ISBNs for a single title: one for each format—print, ebook formats (.mobi, EPUB, etc.), audiobook, etc. And so although the top-line information from that report—727,125 self-published ISBNs—certainly gives credence to the burgeoning number of ISBNs being registered to independently produced titles in the States, it does not provide the actual number of titles represented by those ISBNs.

Publishing Perspectives has suggested to the ever-affable Barblan that we might all like to know just how many titles those many ISBNs represent. Perhaps his team at Bowker can share that number with us next.

[UPDATE: Barblan and his Bowker team did indeed provide us with an actual figure on self-published titles its ISBNs represented in 2015: 625,327. See that full story here.]

For now, Bowker’s report, Self-Publishing in the United States, 2010-2015, is welcome, and describes “explosive growth of self-publishing and self-publishing services,” tracked by the company for more than five years. Bowker is designated the United States’ ISBN agency by the International ISBN Agency. (In the UK, Nielsen is designated to handle ISBNs, and has recently opened a new online ISBN Store for the purpose.)

The news from Bowker is all the more notable when the 2010 figure comes into play.

“ISBN registrations capture a significant portion of the self-publishing market,” says Barblan in a prepared statement released with the report. “By comparing the number of registrations year over year, we gain valuable insight into a flourishing industry.”

Some of the report’s most interesting breakouts of figures have to do with where self-publishers who buy ISBNs are having their work produced.

For context, remember that Amazon Kindle Direct Publishing (KDP) doesn’t require ISBN registration, and so when Barblan refers to “capturing a significant portion of the self-publishing market,” he’s referencing the fact that another, also significant, portion is not accounted for by ISBN registrations. Amazon and other online retailers continue to withhold ebook sales data, making a large part of the self-publishing marketplace impossible to accurately quantify.

In its new report, Bowker also provides breakout figures on ISBNs assigned to works published by writers through Author Solutions companies, totaling 23,930 for both print and ebooks in 2015, down from 41,304 ISBNs in 2010. Author Solutions’ various divisions provide what is generally considered to be vanity publishing rather than true self-publishing: an author pays a given amount of money for a set of publishing services rather than gathering and directing those services, him- or herself.

On the face of it, the declining numbers of Bowker’s ISBN output for Author Solutions between 2010 and 2015—while self-publishing sectors generally show substantive gains—might appear to indicate a shift toward self-publishing and away from vanity publishing, as digital self-publishing platforms have grown in number and scale. But there are cases in which whole divisions have been closed by Author Solutions. The Harlequin division called DellArte, for example, was a partnership with Author Solutions and was reported in early 2015 to have been closed. In Bowker’s charting, this is represented by a 100-percent drop for that division in ISBNs—which, needless to say, skews the overall picture.

It was reported in early January of this year that Penguin Random House had sold Author Solutions, Pearson having acquired it in 2012. It will be interesting to see if Bowker’s report next year indicates a change in direction for Author Solutions’ ISBNs since its sale.

For now, even without full clarity as to what’s behind some of these numbers, the report reflects what Bowker sees to be a profound upward trend in the registration of ISBNs in the USA by self-publishing authors in the past five years.

More and more frequently, we hear trade industry leadership figures refer to questions of what impact self-published content may be having on more traditionally produced books’ sales. If nothing else, Bowker’s report is the logical corollary to those questions, as registration of ISBNs by indie authors climbs.

On the other hand, this can be seen as yet another emblem of the market’s inventory glut that worries many: when the trade is not reducing its own output, this sharply increased level of content from self-publishers is adding, along with publishers, to the “wall of content,” a relentlessly rising overhang of competition faced by every title that goes to market, no matter how it’s being published or by whom.

“As the field of self-publishing matures,” Barblan says in his statement, “the quality of both content and format for many of these titles is becoming indistinguishable from those published by traditional houses. In recent years, the number of independent authors topping prominent bestseller lists is a clear indication that readers are embracing author-published titles.”