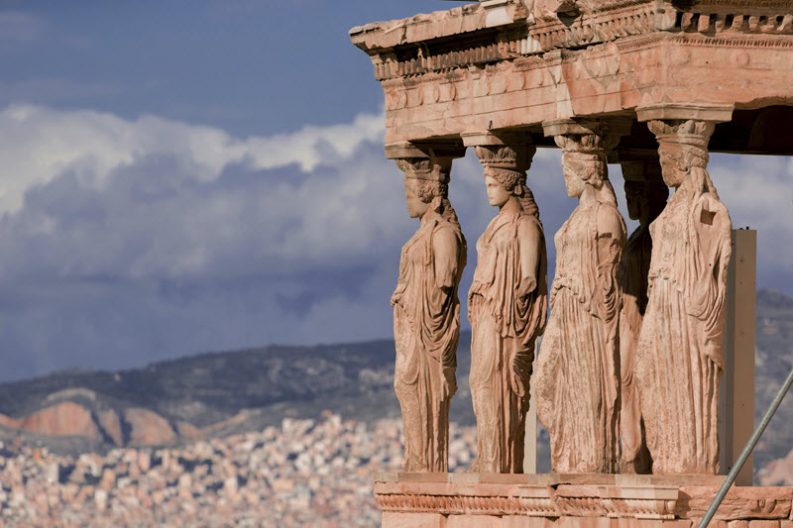 The ancient city learns it’s UNESCO’s World Book Capital 2018 and that its largest bookstore is going under. In the kind of irony that holds no amusement whatever, Athens was named last week by UNESCO as the World Book Capital for 2018—only to learn that its venerable Eleftheroudakis bookstore will close on the 30th of September.

The announcement of Athens’ designation as World Book Capital 2018 came on September 14 from UNESCO Director-General Irina Bokova in Paris. In a prepared statement, UNESCO praised the quality of the proposal made by Greece’s capital:

“The aim of the program is to make books accessible to the city’s entire population, including migrants and refugees.

The designation of World Book Capital is made by the recommendation of an advisory committee, which includes representatives of the International Publishers Association (IPA).

Speaking to the news, the current IPA president, Richard Charkin, said, “Ever since my predecessor, Pere Vicens, proposed the idea for World Book Capital in 1996, it has been about celebrating and promoting literacy and reading culture.

“Our warmest congratulations go to Athens, which put in a fantastic bid this year.

“This ancient city naturally corresponds with the values of the World Book Capital initiative, and I am sure will deliver an outstanding program in 2018.”

UNESCO has issued its call for applications for World Book Capital 2019.

Separately, NDTV reports, “The largest bookstore in Greece with 118 years of history, Eleftheroudakis, will be closed on September 30 due to the seven-year debt crisis.”

The announcement is said to have been made only hours after the UNESCO news was released.

Two years ago, during Frankfurt Book Fair 2014, Publishing Perspectives reported that Eleftheroudakis was emerging from crisis with a financial restructuring plan.

NDTV: “Since 2008, more than 400 small bookshops and larger chains have closed, according to the Association of Greek Books.”

Sales in the Greek book market, the report says, have dropped to 50 percent of their 2008 levels, amid the nation’s wrenching austerity measures. The store in question—the original location of which was in Syntagma Square—is reported to have had €24 million euros turnover in 2008, a figure that fell to some €500,00o last year, according to store manager Sofika Eleftheroudakis. In that eight-year period, NDTV reports, the store’s number of employees was gradually reduced from 130 to 10.

In an interview with The Bookseller’s Lisa Campbell, Eleftheroudakis says, “The current government is against all private business. The worst in this country is that laws change constantly and there is no stable environment for a business to thrive.”

She also tells Campbell that she spoke about the store’s plight to an executive of a UK-US publishing group, but “did not hear from him. My question is, do publishers want booksellers to exist or not?”

The Eleftheroudakis family tells NDTV it will return to bookselling, likely in an online format, once economic stability for Greece is regained.

The IPA’s Richard Charkin is one of the speakers coming to the Publishing Perspectives Stage at Frankfurt Book Fair. For information, click here.