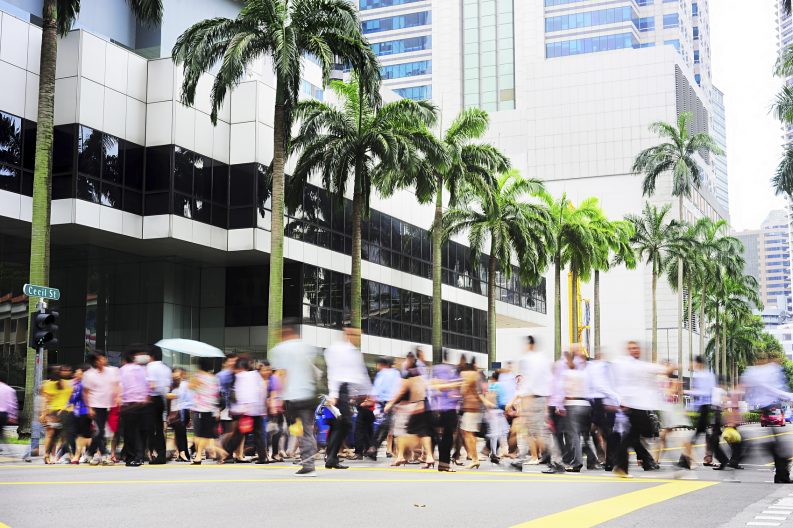 Under-translated and overly vulnerable to censorship, the publishing communities of Southeast Asia nevertheless will soon be ‘making waves,’ according to one of Singapore’s industry leaders. As we look toward Frankfurt Book Fair next month and the new Singapore StoryDrive Asia event in November, many in the industry are looking to update themselves on trends in the works and realities on the ground this autumn.

Among the activities of the National Book Development Council is the biennial Singapore Literature Prize, which confers its honors in all four of Singapore’s official languages, English, Chinese, Malay, and Tamil.

We open our exchange with Quek by asking about the health of the various markets that comprise the Southeast Asian arena. PP: And how about other markets in the region?

KQ: Our neighbors’ industries are quite varied.

Both Indonesia and the Philippines have very robust publishing industries, and have produced some international bestsellers.

Malaysia, Vietnam, and Thailand are at around the same level as Singapore, while for Cambodia, Laos, Brunei, and Myanmar, the industry is still in a nascent stage.

There seems to be growing interest and development in Myanmar now that it has returned to a more or less civilian government and opened up a bit more.

The fortunes of the individual countries’ publishing industries are directly related to their development and economic growth. In general, the prospects for the publishing industries across the countries of ASEAN look positive as the region’s economies develop and the numbers of the educated middle classes continue to grow and boost demand.

PP: Can you describe the challenges facing the publishing industry in the ASEAN world? KQ: I think the two biggest challenges that face the region’s publishing industry stem from language and politics.

With the exception of Singapore and the Philippines, most of the publishing in the region is not in English, and is therefore overlooked by the West. Once in a while, an Eka Kurniawan is “discovered” and makes it big in the West . But the chances of a writer in this part of the world getting a US or UK publishing deal when they’re not writing in English are extremely low.

I can see a microcosm of this even in Singapore, where we have writers writing in our four official languages: English, Chinese, Malay, and Tamil. And although we award the Singapore Literature Prize to incredible works of fiction, poetry, and creative non-fiction in these four languages, it’s the English works that most excite the majority of Singaporean readers.

Our Chinese, Bahasa, and Tamil writers tend to be self-published, or published overseas in countries which have more readers in those languages—China, Taiwan, Malaysia, and India respectively. We do have home-grown publishers and bookstores that deal exclusively with Chinese, Malay, or Tamil-language books, but they’re much smaller compared to the English-language industry.

Indonesia has a huge publishing industry but most of its publishers show little interest in breaking into Western markets. They seem content for the most part to remain firmly focused on and ensconced within Indonesia; even after its Guest of Honor status at Frankfurt last year.

Although Asia has many fine writers, their chances of breaking into Western markets depend largely on luck and fashion. Japanese writers became fashionable in the latter half of the 20th century, so many American and British readers of literary fiction are familiar with Yukio Mishima, Yasunari Kawabata, Haruki Murakami. And the beginning of this century has seen Chinese writers and artists becoming popular in the West. We can only hope that soon it will be the turn of one or more ASEAN countries to strike it lucky and have their decade or two of being the fashionable exotic literature.

PP: What trends can you see in translation of ASEAN nations’ authors? KQ: The current lack of international success is partly because there aren’t enough translators working in these languages.

The Select Center here in Singapore has devoted itself to the art of translation, and has hosted translation symposiums in Myanmar and Singapore, so some inroads are being made there.

Censorship and ‘Its Very Real Consequence on the Literary Landscape’

PP: How much of a role can politics play in the region, relative to publishing?

KQ: The influence of culture and politics is a tricky issue. Most nations in ASEAN are still quite conservative, and this occasionally manifests as censorship in one form or another. This is most obviously seen with media coming from the West into ASEAN: scenes in movies and television are cut or blurred; books and comics are banned from import; books are removed from libraries, etc.

These actions have a very real consequence on the literary landscape within ASEAN. If a young writer sees that his or her government does not support a specific topic, then that young writer may decide it’s not worth it to explore that topic in his or her writing.

There are writers who buck this censorship, whether implied or explicit, and they may be willing to accept the consequences of such actions. But not everyone is. So we get many writers practising self-censorship, just to avoid the scrutiny of their governments.

This is something that I hope will gradually change.

PP: And there are success stories despite so many challenges. Sonny Liew’s graphic novel The Art of Charlie Chan Hock Chye, which melds Singaporean history with the history of comics, and won this year’s Singapore Literature Prize in the English Fiction category, has already been published by Pantheon in the USA.

‘Ebooks Haven’t Come to Singapore Yet’

PP: And what’s ahead for the region? What can publishing professionals expect in the near-term?

KQ: Looking forward, the biggest challenge faced by the industry is still Internet sales and ebooks. Our local bookstores have been feeling the pain of lost sales from Internet giants like Amazon and Book Depository, especially after they started offering free shipping.

Thanks to various rights issues, ebooks haven’t really come to Singapore yet, and because there isn’t a dedicated local eshop, most local publishers don’t bother with it. This is something that will need to change soon, not just because it’s another revenue stream for publishers and authors alike, but because it’s another way for local and regional authors to put themselves out there. However, technical limitations may make it difficult for works written in non-Roman scripts—like Thai, Tamil, or Burmese—to be converted into an ebook format.

“Most nations in ASEAN are still quite conservative, and this occasionally manifests as censorship in one form or another.”Kenneth Quek

Marketing plans are also increasingly becoming more and more important in the region, but most publishers seem to have budgets that are too small. Many authors have to figure out how to market themselves, whether through social media, Web sites, or e-newsletters, all of which take time away from their writing.

The quality of editing also remains an issue. Some publishers have excellent editors, but others don’t. When some titles are published, they look and read rushed and unfinished. But this is also something that has improved in recent years, and looks to continue improving in the future as the pool of experienced editors grows.

PP: Singapore is making some fast growth as a center for the industry, isn’t it?

‘The Best Works for Children’

KQ: Children’s publishing is one of the healthier industry sectors in ASEAN, as it is in most of the world, and Singapore plays an important role in promoting the best works for children across the region.

Singapore is also home to the annual Asian Festival of Children’s Content which brings together writers, illustrators, publishers, content creators, parents, and teachers from across the region to celebrate and promote the creation and appreciation of children’s books and content, with a focus on Asian themes.

PP: And overall, your assessment seems upbeat, then.

KQ: There are challenges, to be sure, but they’re not insurmountable. ASEAN nations have already made incredible strides in the publishing industry in the 49 years the association has existed.

I’m confident that Southeast Asia will soon be making waves in the publishing world as Scandinavia, East Asia, India, and Latin America have done before it.