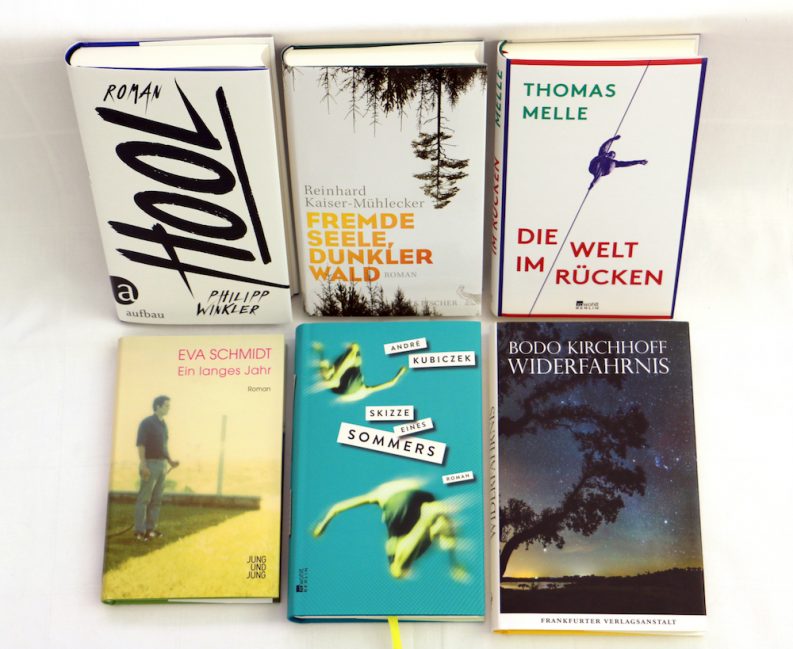 Out of 156 original submissions, a seven-member jury led by Christoph Schröder chose the six finalists for Germany’s most prestigious literary award, the German Book Prize. Commonly seen as Germany’s most prestigious literary award, the German Book Prize is a literary award given by the Foundation of the German Publishers and Booksellers Association. The prize recognizes German-language novels, and the winner is announced just before the Frankfurt Book Fair. A purse of 25,000 euros goes to the winner, and each of the shortlisted authors receive 2,500 euros.

This year, slightly fewer books were submitted for the prize than in 2015: 156 titles were handed in by 98 German-language publishers, 13 of them from Austria and another 13 from Switzerland.

Notable authors to have won the German Book Prize in the past include Julia Franck, Arno Geiger, Ursula Krechel, and Eugen Ruge. The German Book Prize aims to heighten awareness of authors writing in German and functions as a seal of quality for international editors. Many of them have been translated into English, such as Fly Away, Pigeon by Melinda Nadj Abonji and Kruso by Lutz Seiler.

“From silence to violence: the novels on this year’s shortlist cover a broad spectrum of content, yet what they all share is a solid down-to-earthness, a direct connection to observed reality. Through tough, contentious discussions, we struggled to choose the six authors for the shortlist. But now we are confident that our shortlist represents a selection of titles that reflect not just the undeniable quality of this year’s books but also different approaches to the world and ways of describing it”, said Christoph Schröder, jury spokesman for the German Book Prize 2016.

If interested in the prize ceremony on October 17, tune in to a live-streamed broadcast from the Frankfurt Römer on the German Book Prize homepage.

For a synopsis of each novel as well as English sample translations and information about translation funding, visit New Books in German. Follow the links below to contact the foreign rights departments at each of these publishing houses.