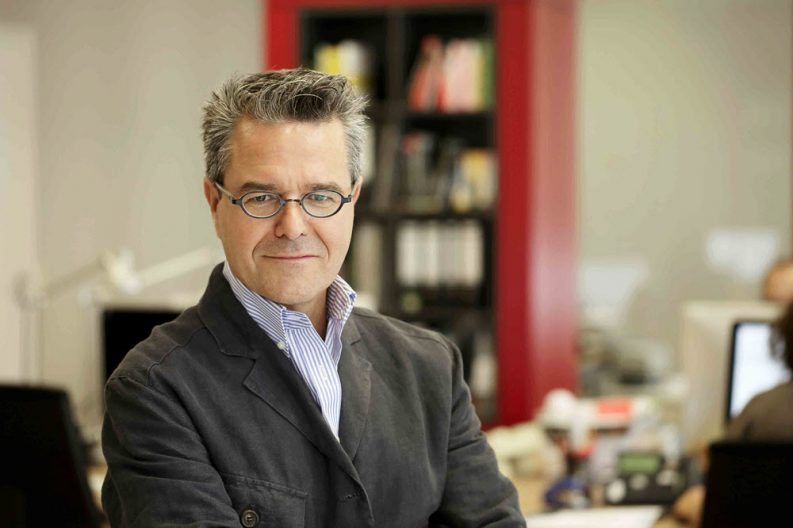 ‘There is good news’ from the publishing sector in Spain, says The Markets’ visionary speaker Javier Celaya of Dosdoce.com. And it’s ‘radically transforming the cultural sector.’ In our series with specialists (analysts, visionaries, and players) who will speak to issues in the seven pivotal publishing markets of Frankfurt Book Fair’s conference, we hear now from Dosdoce.com’s Javier Celaya of Bilbao. He’ll speak in the visionary role on Spain’s publishing industry and what he believes is its promising outlook, at The Markets: Global Publishing Summit on October 18.

On ‘the Evolution of Digital Models’ “According to the Spanish Publishers’ Federation (Federación de Gremios de Editores de España),” Johnson writes, “on top of the financial crisis in Europe, the drop in sales was caused by reduced library budgets (public and school) and changing consumer behavior towards digital products.”

Despite that ride in the wrong direction, Johnson goes on to describe cautious optimism that things are turning around.

“Spanish book industry professionals will have to accept that the key channels of growth will not involve mainly the sale of print books, but rather the sale of all kinds of digital content.”Javier Celaya

This is the situation in which we hear from one of the most seasoned observers of the Spanish-language market, Dosdoce.com’s Javier Celaya. Energized by his enthusiasm for what’s possible, Celaya in interview is also relentless in his insistence that publishers can no longer ” cling to the traditional, romantic definition of a book.”

Bullish on entrepreneurial startups, Celaya sees them as scouts and leaders into new realms of what a “book” is and can be.

“”However large, small, or specialized they may be,” you’ll read Celaya telling us here, “every publisher needs to forge alliances with various technology partners to survive in the 21st century.”

1. Publishers must deeply analyze and understand the rationale behind the huge drop in print book sales.

“In the last five years,” says Celaya, “the Spanish market has witnessed a dramatic 40-percent decline in sales because of the financial crisis.

“Fortunately, it seems that last year we reached the bottom of the downside cycle because there was a small increase in print sales in 2015, mainly derived from the sale of reprinted textbooks. This notwithstanding, if we want to recover the €900 million turnover that has been lost in recent years, Spanish book industry professionals will have to accept that the key channels of growth will not involve mainly the sale of print books, but rather the sale of all kinds of digital content—ebooks, audiobooks, transmedia books, etc.

“The fall in print book sales is not just because of the crisis. We’re currently in the midst of a major transformation of cultural habits that is dramatically altering reader behavior. This is not just a change of economic cycle, which usually corrects itself in a period of three to five years: we are entering a change of era that is radically transforming the cultural sector.

“In this redefinition of new business models, one of the main competitive advantages for publishers will be the data they own about their published content.”Javier Celaya

“In my view, the rapid uptake in Spain of all types of smart devices such as tablets, smartphones, phablets, and so on—last year millions of these gadgets were sold in the country—has changed the ways in which many people habitually access culture, information, and entertainment. Publishers should ask themselves:

“Many publishers continue to cling to the traditional, romantic definition of a book,” Celaya tells Publishing Perspectives. “In these kinds of discussions, they usually say that these new formats are apps or video games at best, but not books.

“Nonetheless, more and more people are beginning to see these new formats as 21st-century stories, told on screens for 21st-century readers, regardless of their age. Just as publishers were able to attract the attention of readers in the analog age by discovering authors from the period, the challenge for the Spanish publishing industry, as well as for any other publishing industry worldwide, is to create new stories in digital formats that attract the interest of readers in the digital age.”

2. Emergence of a new generation of digital publishing entrepeneurs. “Fortunately, there is also good news coming out the Spanish market,” Celaya says. “In the last five years, we’ve seen a burst of digital innovation across the publishing sector. It’s extremely positive to see that many young entrepeneurs believe that there’s a promising future for publishing related businesses in the digital age.

“There’s a digital innovation tool available for publishers for almost every publishing process we can imagine.

“’Established’ companies in the book world, in the good sense of the word—publishers, bookstores, libraries, etc.—need to work more closely with these new ‘digital native’ companies in order to benefit from the business opportunities offered by the Internet.

“If we want the book world to play an important role in digital society, they have to improve the experience of discovery, purchase, and reading on on the Internet.”Javier Celaya

“A closer relationship with future entrepreneurs of the 21st century will allow long-established companies to gain access to new and innovative products and services and provide them with a fuller knowledge of the advantages of business models in the digital economy.

“Digital entrepreneurs usually confront business challenges with another outlook,” Celaya says. “These young entrepreneurs always try to find a new way of solving a business problem or attending to a specific consumer need in a different way. Collaborating with them will allow traditional companies to gain a deeper understanding of the dynamic digital economy and of the business opportunities which arise daily in this new world.

“However large, small, or specialized they may be, every publisher needs to forge alliances with various technology partners to survive in the 21st century. In the analog world, publishing houses reached leadership positions individually. In the new digital era, publishers must understand that leadership will only be reached in collaboration with tech partners. A graphic from CreativeChain.org, which describes itself as “a decentralized platform for content registration” meant to “certify authorship” and license information on “any work or creation.”

3. Publishers need to understand the dynamics of the emerging business models.

“Like it or not, the way culture is being created, accessed, and consumed is itself going through a historical transformation.”Javier Celaya

“In the society of limited attention that we now live in,” says Celaya, “authors and publishers need to understand that reading a print book competes with a huge amount of free content—open and free of copyright—and millions of entertainment options on the Internet. If we want the book world to play an important role in digital society, they have to improve the experience of discovery, purchase, and reading on on the Internet; charge more competitive prices in line with other entertainment options; and offer the possibility of sharing the reading experience—which is not the same as sharing the product itself—with other people who share similar cultural interests.

“Like it or not, the way culture is being created, accessed, and consumed is itself going through a historical transformation. In the next few years, consumers will have never-before-seen access to staggering amounts of user-generated information and knowledge which will require a reorganization of the cultural sector.

“Faced with new ways of creating, accessing, and consuming culture,” Celaya says, “Spanish publishers will need to reflect on what type of business models are required to be able to respond to this new style of consumerism.

“The evolution of digital models will become increasingly complex.

“This increasing complexity should not delay the implementation of the new business models, as this would result in a loss of revenue over the next few years.

“The real added value is getting to know readers directly, seeing their behavior in the process of discovering and buying books, and analyzing their reading.”Javier Celaya

“Looking beyond the turnover generated by each of these business models, the real added value is getting to know readers directly, seeing their behavior in the process of discovering and buying books, and analyzing their reading. Anybody who keeps an eye on new developments in digital analytics will be amply familiar with headlines that announce the big data boom or rise in any sector worth its salt that wants to know all about its customers and provide the best service.

“Until relatively recently, publishers could only access limited information about the sale of their books, such as which bookstores stocked them and the number of copies sold of each title. Now we have moved on to the possibility of getting to know readers and potential readers, sometimes without middlemen.

“In this redefinition of new business models, one of the main competitive advantages for publishers will be the data they own about their published content.”

From an article on ebook growth at Dosdoce.com by Javier Celaya

Publishing Perspectives: How do you come to these observations, Javier?

Javier Celaya: For the last 12 years,  I’ve been trying to help publishers, booksellers, agents, and librarians understand the digital age.

PP: Founding Dosdoce.com was a move in that direction?

JC: I founded it in March 2004 for the purpose of helping book professionals better understand the age we live in. Throughout these years, we’ve compiled more than 50 studies and reports on the use of new technologies in different areas of the sector.

PP: And you’ve had such a range of vantage points, not least as vice-president of Spain’s Digital Magazines Association (ARDE) and in executive board seats with the Digital Economy Association of Spain.

JC: More than 25 years’ experience in strategic business counseling.  In the past 15 years, I’ve  specialized in technological innovation companies and cultural sector companies.