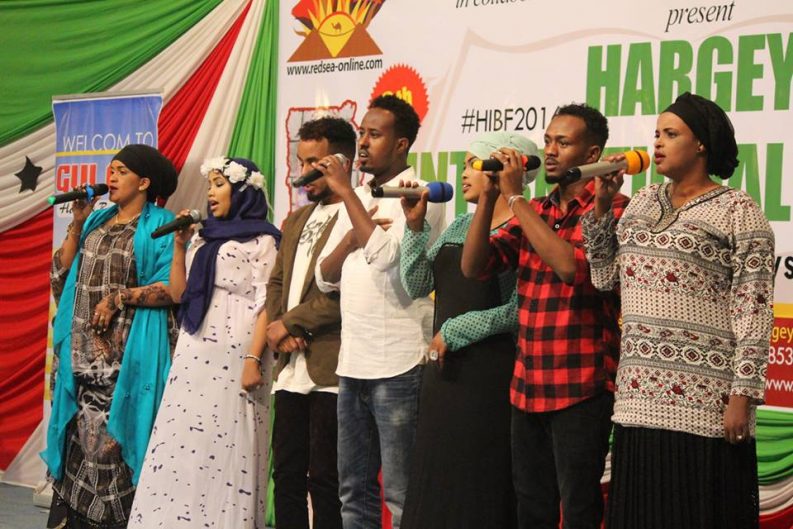 Three festivals are gaining traction in different parts of the battle-scarred African nation. The next, Mogadishu’s fair, is scheduled for August 17 through 19. “In the craggy hills of Hargeysa, the capital of the breakaway region of Somaliland, organizers and participants…flooded the opening ceremony of the ninth edition of the Hargeysa International Book Fair. In four days, almost 400 miles away in Garowe, the administrative capital of Puntland region, the second edition of another book fair [Garowe International Book Fair] will be launched. And in just over three weeks, in the seaside capital of Mogadishu, another international book fair will kick off, also for its second year.”

That’s three fairs in as many regions of Somalia. With increased stability in the conflict-ridden nation, the number of festivals promoting books and reading has grown, becoming what Dahir calls an “important place to expose Somalis to different writers and cultures across Somalia, Africa, and the world.”

Somaliland since 1991 has been an autonomous region of Somalia. The Hargeysa fair was launched in 2008 as a yearly event for international writers, journalists, and photographers. The fair has named a guest country every year (Ghana was this year’s guest nation), while writers from Nigeria, the UK, Malawi, and Djibouti have hosted previously.

“At the Hargeysa festival, western classics by authors like Leo Tolstoy and Shakespeare are sold alongside chapbooks of Somali poetry and short stories. Discussions are held that address key issues including censorship, freedom, creative imagination, and the future. The event has also created a platform for new authors to promote their books as well as share ideas, discuss the problems ailing the country, and come up with solutions.”

This month, organizers are attempting to repeat Hargeysa’s model in Somalia’s capital, Mogadishu.

According to Hamza Mohamed’s report for Al Jazeera, last year’s fair launch at Mogadishu had more than 30 writers and drew 3,000 attendees.

Dahir references World Bank estimates that Somalia is the world’s fifth poorest nation, with a per-capita income estimated at $435. He writes, “Youth employment stands at 67 percent, with poor education opportunities and weak political participation making life miserable for many.”

Even so, the success of the book fairs “have inspired young businessmen including Mohamed Dubo to make his 10-year dream a reality: three months ago, Dubo opened Mogadishu’s first major bookstore.”

“Following the book event, Dubo traveled to Asia to buy 20,000 books, comprise of 7,000 titles. More than two-thirds of the books are non-academic, consisting of motivational and self-help books, novels, memoirs, and autobiographies. He is now importing two containers of books from the United States. Once they arrive in Mogadishu, he says, he hopes to open a major hub for books, which will consist of both a library and a bookshop in the capital.”

An avid reader, Dubo says he hopes to lead a resurgence of bookselling in Somalia. As a businessman, he says he sees the potential of profitability, but as a citizen of Somalia, he says he also sees what he’s doing as a socially responsible effort, helping his fellow Somalis “to grow through reading and [to] nurture their talents.”

“Ayan Mahamoud and Jama Musa Jama, the festival founders and executive directors, probably had no idea that when they set out to bring a book fair to Hargeysa they would become a vanguard of one of Africa’s most fascinating and complex cultures, bringing it to the world on its own terms and despite the Somali civil war’s momentum of erasure.”