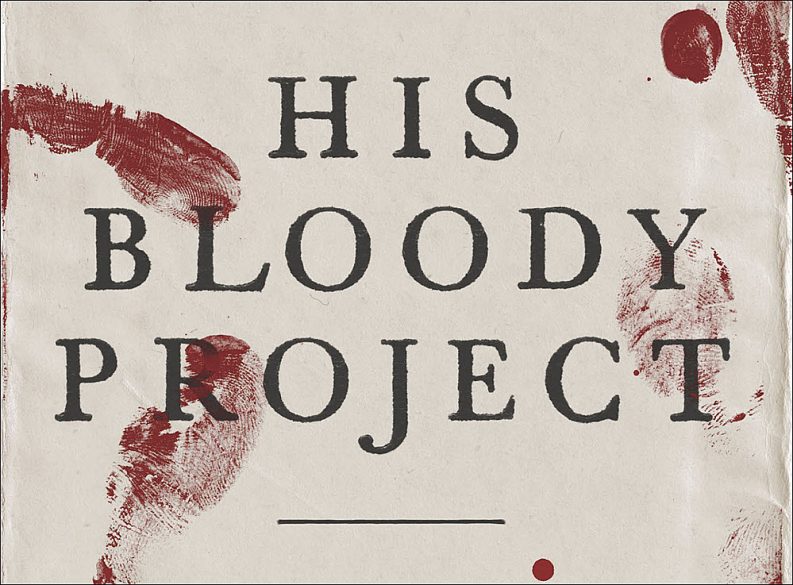 When readers are wooed by ‘global entertainment,’ even an independent press like Saraband, home to a Man Booker longlisted novel, can use ‘a little bit more traction.’ ‘Part of the DNA of the Company’

Scotland’s independent press Saraband shot to public attention at the end of July when one of its titles, Graeme Macrae Burnet’s His Bloody Project, made the longlist for this year’s Man Booker Prize.  Publishing Perspectives asked Saraband owner Sara Hunt about how the Man Booker news has affected her small press in Glasgow, and about the challenges that lie ahead for independent publishers. The team at Saraband is “utterly thrilled” by the news, Hunt says.

Since the prize expanded in 2013 to include work in English from any part of the world, “Everybody in the small independent publishing world has felt that it was an even more impossible dream” to make the longlist, Hunt says.

She hopes, she says, “that one of the effects is that we’ll have a little bit more traction with reviews.” As the amount of space newspapers allot to reviews continues to shrink, getting reviews can be, she says, very difficult for independents.

The publicity may also help sell foreign rights. His Bloody Project had already been sold to publishers in Germany and North America, and film and TV options were also in the works.

And Saraband, Hunt says, has always been a very international publisher.

“When I started the company,” she says, “I was based in the United States, and from the very beginning of Saraband we were hugely international. It was all about co-editions and that sort of stuck as being part of the DNA of the company.”

“With a few percentage points of extra cost, our model is thrown completely into question.”Sara Hunt

Such internationalism means that the consequences of the June 23 “Brexit” referendum, the results of which call for the UK to leave the European Union, are particularly high in Hunt’s mind right now.

The effects, she says, began to be felt the morning after the vote. “I was in the States the day of the referendum,” she says. “I had postal-voted beforehand, but my day began with an email from a printer in Europe, saying ‘I’m very sorry about this, but our board will have to make a new policy for our pricing,’” because of what Hunt describes as the “bungee-jump” in the value of the pound sterling.

An increase in the costs of printing in Europe is likely to have major consequences for independent publishers like Saraband, which relies on short digital print runs to mitigate the financial risks of publication.

“We happen to use a European printer for our digital printing for short-run and that’s a really big plank of our fiction policy,” Hunt says. “We start small and take risks on a small quantity. That doesn’t mean that the book makes money if it doesn’t sell well, but it limits the damage.

“Of course, with a few percentage points of extra cost, that model is thrown completely into question.”  In addition, she says, Brexit means “years of paperwork,” not to mention the effect on selling titles.

Despite all this, Hunt says that she feels there are still bigger challenges facing independent publishers right now than Brexit, such as “discounting and market conditions…tiny margins and the enormous plethora of choices” facing readers.

“Not only the millions of books available at the click of a button,” she says, “but also global entertainment. The likelihood is that someone–even an avid reader–is spending their time watching Breaking Bad or A Game of Thrones, or playing digital games.”

One important positive, Hunt says, is the growing role played by festivals.

The community of independent publishers: “We collaborate with each other. We tend to do quite a lot of sharing.”Sara Hunt

Saraband has benefitted considerably from building close relationships with festivals such as Glasgow’s AyeWrite, Stirling’s Bloody Scotland, and the Edinburgh International Book Festival, both in financial terms–“the Edinburgh Festival shop is a significant chunk of our income”–and in building an audience.

“They can make a big noise about our authors, which gains a bigger reach than we could get alone.”

Relationships with bookshops are vital too, Hunt says. Independent shops like Marjory Marshall’s Bookmark stage events and mini-festivals, and some of the chains are increasingly helpful too. “Many branches of Waterstones,” Hunt says, “and some branches of Blackwell’s–are now as responsive as fully independent bookshops.”

A further source of support in these challenging times, she says, is the collegiate and collaborative atmosphere of the independent publishing community.

“That’s something really important in independent publishing,” Hunt says. “We collaborate with each other. We tend to do quite a lot of sharing.”

She notes with gratitude the help that Saraband has received not only from Publishing Scotland and the Independent Publishers Guild, but also from Chris and Jen Hamilton-Emery of independent publisher Salt, which has published The Many, by Wyl Menuir, also longlisted for the Man Booker.

As Hunt puts it, independent publishers are usually “more broke than some of the more brand-driven larger publishers, but we do have a real sense of community.”

Saraband offers a book trailer for ‘His Bloody Project,’ and we’ve embedded it for you here.