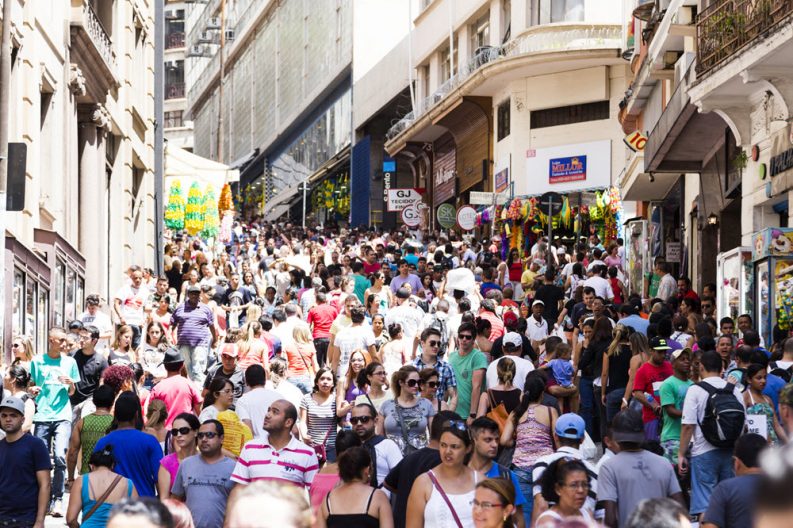 As the Rio Olympic Games come to a conclusion this weekend, São Paulo’s big book fair is being readied to open on August 26. We’ve heard from the UAE’s Bodour Al Qasimi about the trade mission she’ll lead to the event. Today, we hear from the head of the Brazilian publishers’ association about the conditions in which the fair is being prepared.—Porter Anderson

‘For the Promotion of Reading’

Promoting reading in Brazil takes on special and needed focus this month when São Paulo’s International Book Biennial opens on August 26.  The industry—as speakers from October’s 18 The Markets conference at Frankfurt Book Fair are telling us—faces the country’s worst economic crisis in decades.

As described to Publishing Perspectives by Luis Antônio Torelli, director of the Brazilian Book Chamber (CBL), the 24th staging of the fair is likely to draw close to 700,000 visitors this year, putting it on a par with the FIL in Guadalajara, Latin America’s biggest.

The São Paulo biennial this year brings together 280 exhibitors, down from 350 in 2014. Participating exhibitors represent some 750 publishers.

In a country where there are no literacy campaigns or efforts to promote the habit of reading, the São Paulo biennial plays a crucial role in showcasing authors and publishers and bringing them to readers—particularly in the YA, children and family segments. There are attractions, however, for intellectuals, teachers and professionals, as well, Torelli says.

“It’s a very important event for the promotion of reading,” he says, “allowing different sectors of the public to be in contact with their favorite authors,” even as book production and sales are declining.

Brazil’s most important market is neighboring Argentina, with 47 percent of the total. Portugal follows, with 20.4 percent.Brazilian Book Chamber

Efforts have been made to embolden the sector. CBL and the country’s export and investment promotion agency, Apex-Brasil, have launched Brazilian Publishers, a platform designed to promote the country’s publishing industry in global markets, offering publishers participation in events and consultancy services.

And Brazil’s National Library Foundation, a branch of the ministry of culture, has launched two programs to promote Brazilian literature abroad, offering stipends to local authors and foreign translators of Brazilian works.

The author program provides writers with an opportunity to attend events abroad and supports foreign publishers and institutions in holding Brazil-themed literary events. The translator program offers grants and residencies for translators working in Brazilian literature.

Production and Sales Down 10 Percent

In 2015, the Brazilian publishing sector produced 447 million books, sold 389 million and reported revenues of 5.23 billion Brazilian reals ($1.62 billion), according to the Institute for Economic Research and the National Union of Book Publishers.

Compared to the previous year, sales declined by 3.27 percent, but that’s a real decrease of 12.63 percent when factoring in consumer price index variation. Book production and sales dropped by 10.8 and 10.6 percent respectively. Book prices increased by 4.57 percent in nominal terms, a return to the downward trend begun some years ago but which had been interrupted in 2014.

Book sales to the government slumped by 14.9 percent, with no purchases for school libraries during 2015, something that has heavily impacted children’s book production: 33.5 million fewer copies reportedly have been printed compared to 2014’s output—a sign that the children’s book sector is critically dependent on government purchases for schools.

“Unfortunately, Brazilian publishing companies do not receive any support or incentives from the government,” Torelli says.

Interest in rights to Brazilian works is particularly strong in Germany, Colombia, Italy and France, as well as in Spain and Mexico.Brazilian Book Chamber

However, reading as a habit is thought to be on the increase, he says, with marginally more than half the population professing to pursue reading.

Around 56 percent of the population of Brazil, or 104.7 million people, engage in reading, survey respondents indicate, an increase on the 50 percent recorded in 2011, the last time a reading census was carried out.

As in many other countries, women lead the way, with 59 percent of the female population identifying themselves as readers, compared to 52 percent of Brazilian males. Similarly, 67 percent of the São Paulo Book Biennial’s attendees are reported by the organizers to be women.

Brazilians read an average of 2.5 books per year, covering the genres of fiction, poetry, the Bible and other religious texts, and educational textbooks.

Torelli says that the biggest-selling genres in Brazil are religious texts, fiction and YA titles. Books in Brazil—as in the majority of countries in Latin America with the exception of Chile—are tax-free in both print and ebook formats.

In terms of exports, the country’s most important market is neighboring Argentina, with 47 percent of the total.

Torelli says that interest in rights to Brazilian works is particularly strong in Germany, Colombia, Italy and France, as well as in Spain and Mexico. He points to the international readership for Brazilian authors, among them Patrícia Melo, Jorge Amado (1912-2001), and Clarice Lispector (1920-1977).

One recent success story, originally published by São Paulo-based Companhia das Letras, is the novel Blood-Drenched Beard by Daniel Galera, a São Paulo native. It has sold to more than a dozen countries including China, and it won the 2013 São Paulo Prize for Literature. Another is Perfect Days by Rio de Janeiro-born Raphael Montes, which has so far sold to 14 markets, including the US and the UK, Spain, Netherlands, Italy and France.

Companhia das Letras, founded in 1986, is one of Brazil’s largest publishing houses. Penguin purchased a 45-percent stake in the company in 2011.