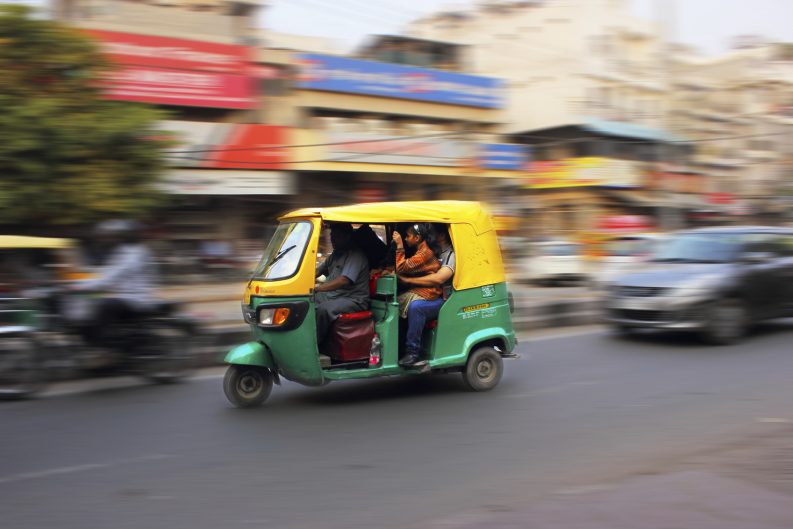 Not least because most publishers accept and commission direct submissions from authors in India, literary agents there are relatively new to the scene. A Career That’s ‘Fraught and Precarious’

Writing for The Hindu, Radhika Santhanam looks at the slow growth of literary agents in India, suggesting that “the relationship between writer and publisher is increasingly being shaped by literary agents, influencing the kinds of books that are commissioned and eventually read.”

While the use literary agents in the US and UK goes back to the late 19th century, Santhanam writes, it’s only recently that their role in India has taken shape, driven by the same market forces that have shaken up the publishing industry worldwide. “India has also been seeing significant changes, perhaps more than anything the West has seen, especially in the last ten years, says Ananth Padmanabhan, CEO of HarperCollins India.

“The meteoric rise of commercial fiction spurred by authors such as Chetan Bhagat, Amish Tripathi, Nikita Singh, and Ravinder Singh has been taking place even as its highbrow counterpart, the literary novel, has been hobbling along. This meant a shift in the readership base too—the new readers seeking accessible, entertaining reads are 18-25 year olds, says Padmanabhan. He calls them the ‘reluctant readers.’

“‘Chain stores burgeoned, shrank because of economics, and are now seeing an upside again,’ he says. Flipkart, Amazon and Snapdeal made grand entries into the market, ebooks were made available, and Nielsen BookScan began operations in India, helping publishers find out who and what is trending.”

In the midst of all this noise, Santhanam writes, literary agents have been gaining ground, slowly but steadily.

“Ten years back, the industry wasn’t this busy,” Shruti Debi, senior agent and director at Aitken Alexander Associates India, tells Santhanam. “Relations between authors and publishers were intimate. By 2010 to 2011, it wasn’t so easy to have a direct relationship with the author, and literary agents became popular.”

But change is slow. “I haven’t acquired any book from an agent to date,” says Premanka Goswami, commissioning editor at Penguin Random House.

The relationship in India between author and publisher traditionally is quite close.

Manasi Subramaniam, commissioning editor at HarperCollins India, tells Santhanam that while there “no friction” between publishers and agents, when it comes time to negotiating deals, it can “lead to sticky situations.” But she says, that’s only part of the process as a whole, and “agents take care of that. And once money is out of the way, publishers and writers only talk about the book.”

An Agency Created by a Writer

One of the literary agents making an impact in India is Kanishka Gupta, who recently spoke with Jyoti Valecha of Entrepeneur about his path from unpublished author to starting his own agency, which he calls Writer’s Side.

Jyoti Valecha: Please share the story behind the conceptualization of your start-up brand. Kanishka Gupta: I started Writer’s Side primarily because of my nightmarish experience as an aspiring writer. I realized there was hardly any support mechanism for debut writers. They either relied on feedback from family/friends or some author known to a family member or friend. That’s why Writer’s Side began as a consulting service for aspiring writers, although I branched into agenting in 2010.

JV: Please share craziest moments which you witnessed during your career as an entrepreneur.

KG: I think all the bad-mouthing and discouragement over the years has hardened my resolve. During my struggling days, a famous bookstore owner told my mother that I had no future in publishing and that she should be prepared to spend at least 50 lakhs enrolling me in a creative writing course in the US. One of my authors told me how his ex-agent told him a few years ago that I was an upstart and not to be taken seriously. I find it ironic that today this same author has signed with this “upstart.”

JV: What is the biggest challenge you faced while running your business? How did you face it?

KG: The biggest challenge which every Indian agent faces is direct commissioning. Unlike in the West, most publishers in India accept submissions directly or actively commission on their own. Add to this the clout of powerful UK and US agents, and the career of an Indian agent becomes extremely fraught and precarious. I overcame this challenge by sharing my own ideas with promising writers and contacting authors before a publisher/commissioning editor could.”