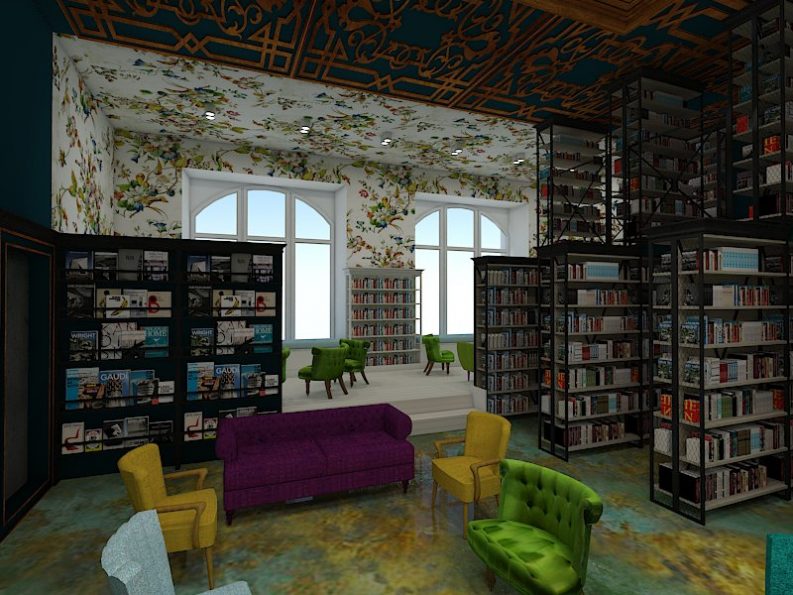 Answering the dominance of two bookstore chains’ 400+ locations, Polish publishers create BookBook, their own chain, banking on ‘the unique atmosphere of our bookstores.’ In a bid to challenge major chains that have dominated the country’s book market, six Polish publishers have launched a new bookstore chain in a joint venture with book distribution company Super Siódemka, and local businesspeople Kristof Zorde and Elżbieta Pustoła.

BookBook has been established in a partnership led by publishing houses Prószyński, Helion, Publicat, Rebis, Zysk and Czarna Owca. The development is a first attempt by Polish publishers to compete, themselves, against bookstore chains.

Empik and Matras are the dominant players in Poland’s bookstore industry. Together, they have more than 400 outlets across the country, and they’ve been criticized by some local publishers for what are sometimes called quasi-monopolistic practices.

At Empik, books are just one product line, the chain also carries music, movies and video games. As of May, Empik was operating some 228 outlets in the Polish market.

By contrast, Matras aims to attract mostly avid readers, and some of its 180 bookstores are located in smaller cities, such as Szczytno, Ustroń, Drawsko Pomorskie and Cieszyn, where its largest competitor is absent. The concept for this new BookBook location in Krakow includes a coffee house and theater.

BookBook is managed by Porozumienie Kultura (a “culture agreement”), a company established in June 2015. Last November, the firm bought an 89.63-percent stake in the formerly state-owned bookstore chain Dom Ksiazki (House of Books), and in April, BookBook was launched as a new brand among bookstores. The chain says it comprises more than 80 bookstores today in various parts of Poland.

Rebranding efforts as BookBook rolls out are accompanied by major discounts. Last month, BookBook added two outlets to its network in eastern Poland’s Białystok, along with bookstores in Węgorzewo, Mońki, Knyszyn, Bielsk Podlask, Ciechanowiec, and Złocieniec. The launch was accompanied by a one-day 30-percent discount on all titles except textbooks.

Company representatives say that BookBook seeks readers in locations that traditionally have been deprived of well-stocked bookstores.

Maria Czarnocka, a promotion and marketing manager at BookBook, tells Publishing Perspectives, “We aim to achieve a dynamic growth of our network through expanding to new locations. Our bookstores are in Poland’s north, south and the [eastern] region of Podlasie.

“In September, we’ll open a new hybrid bookstore in Krakow with a coffee house and theater. We have a big goals and we think Poland is a place where there always will be people who love paper books and the unique atmosphere of our bookstores. Each of our new investments is related to a wide range of events and promotional activities.”

Asked about BookBook’s strategy to compete with the established retailers, Czarnocka says BookBook thinks of its experienced staff as a major asset.

“Competition is an inalienable part of trade,” she says, “and we cannot avoid it. It’s a healthy factor that fosters market growth. Our offer is tailor-made to local tastes, our bookstores have a warm, unique atmosphere, and we have experienced booksellers who have served customers with their assistance for many years. They’re our forte, and other chains will find it difficult to compete against us.” Inside the display window at the BookBook store in Cieszyn. Image: Kazimierz Branny

The Context of a Strained Marketplace

BookBook has entered the market amid major financial woes related to the development of the state-run textbook program.

In 2014, the country’s first graders received their first comprehensive school books free of charge from Poland’s Ministry of Education. This has caused the textbook market to contract. Several Polish publishers have filed for bankruptcy and other industry players have had to look for new market segments. As reported here at Publishing Perspectives, local market research firm Biblioteka Analiz estimates that the value of the textbook marked has decreased by more than 10 percent in 2014.

Plans to introduce fixed pricing for new-book releases for 18 months after publication—a measure strongly promoted by the Polish Chamber of Books (PIK)—were halted by parliament earlier this year. However, the industry organisation says it will continue to lobby for the policy to be implemented, raising doubts, in turn, about the future capacity of bookstore chains to maintain their competitive advantages.

It’s also worth pointing out that Empik’s future has been the subject of speculation, local business daily Rzeczpospolita reporting in May that the chain could be sold to an unnamed investor for more than 1 billion zloty (US$261 million). These claims were denied by Krzysztof Rabiański, then the chief executive of Empik. He resigned the post on June 8.

Poland’s publishing industry is one of seven highlighted at Frankfurt Book Fair’s The Markets: Global Publishing Summit, October 18 at the Business Club. Also: On author-translator collaboration—Poland’s top bestseller talks about his new release from AmazonCrossing, ‘Rage.’