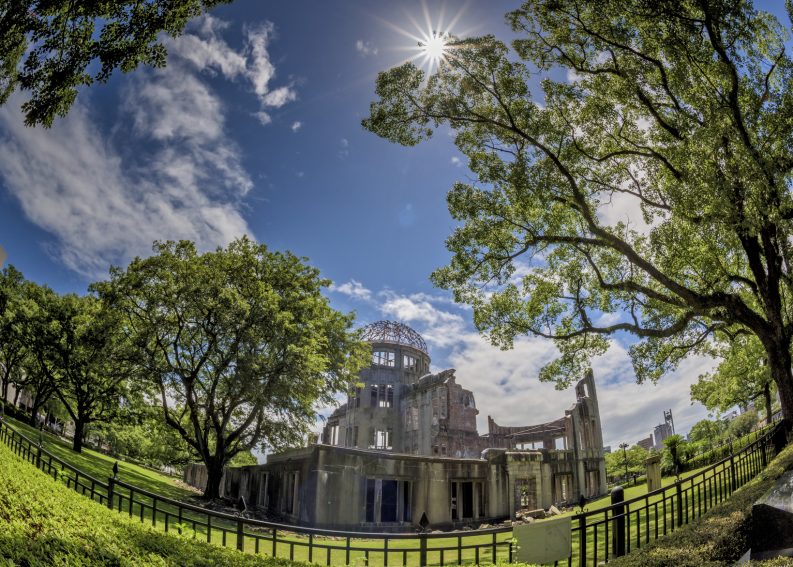 The Obama visit to Hiroshima in May has led to more than one publication of his speech in English and Japanese: ‘Death fell from the sky and the world was changed.’ ‘About Nuclear Weapons and Peace’

A Kyodo report in Japan Today looks at multiple publications of the speech made by US President Barack Obama at Hiroshima in May.

One such book, The Day When President Obama Visited Hiroshima, is out from Poplar Publishing and contains the president’s speech in English, along with a “reader-friendly” Japanese translation said to help “a wide range of people read it.” It comes with a DVD of Obama’s delivery of the speech.

Naomi Saito, the book’s editor, tells Kyodo, “We thought the president’s speech should be put down on paper so everyone can remember it, not just as a one-time event.”

Saito says that the company, which began as a children’s publisher, hopes the book will reach people who are not usually exposed to news reports.

The speech’s translator, Akiko Kojima, tells Kyodo that she found the speech well-written and that she hopes she was able to make it sound natural in Japanese. “I focused on translating it in simple Japanese so even junior high school students can understand it,” she says, “while maintaining the dignified nature of the president’s speech.”

The book includes remarks from local historian and atomic bomb survivor Shigeaki Mori, who was hugged by Obama at the ceremony. “After decades, I felt rewarded for my all-out efforts in my historical studies,” Mori is quoted as saying.

‘The Capacity for Unmatched Destruction’

The text of the Obama speech and comments from Prime Minister Abe can be read at WhiteHouse.gov. An excerpt from the Obama text:

“In the image of a mushroom cloud that rose into these skies, we are most starkly reminded of humanity’s core contradiction; how the very spark that marks us as a species—our thoughts, our imagination, our language, our tool-making, our ability to set ourselves apart from nature and bend it to our will—those very things also give us the capacity for unmatched destruction.”

The Japan Times itself has also published a book containing the Obama Hiroshima speech with a Japanese translation, and with the addition of several speeches by former US presidents. They include an address given by Harry Truman on August 6, 1945, about the decision to use the atomic bomb.

“By tracking back to August 6 when the United States dropped the first atomic bomb on Hiroshima,” says Japan Times editor Hironori Kinami, “the book offers an overview of history on how the United States changed its thinking about nuclear weapons.

“We hope the book helps to deepen understanding about nuclear weapons and peace,” Kinami says.

Sales for these Obama-visit books are reported to be strong, especially in Hiroshima.

Other publishers reacting to Obama’s visit and speech include Goma-Books, which has released a book that includes “commentary on how other countries [have] responded,” in addition to Obama’s 2009 Prague speech in which he called for a “world without nuclear weapons.

Asahi Press has yet another of these books.

One reader has said that Obama’s speech was so compelling that she bought it and its DVD to use with her children and grandchildren.