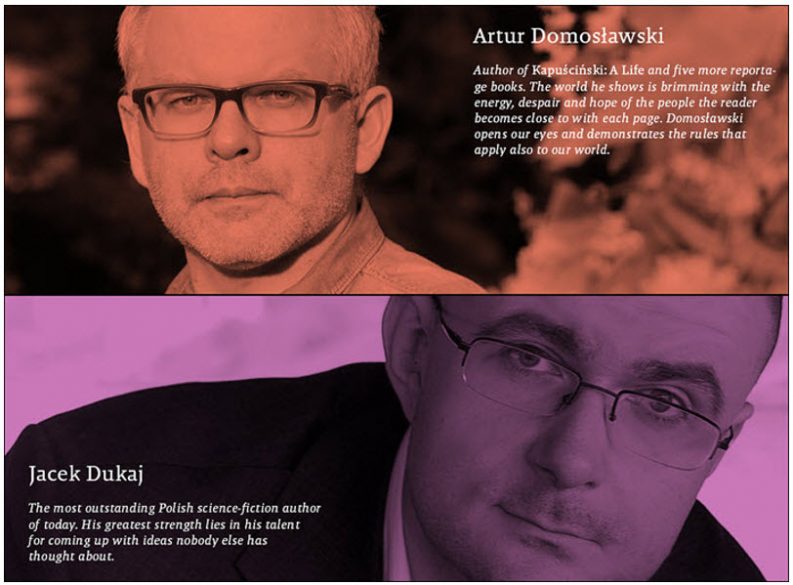 Representing translation rights for contemporary Polish literature and co-owning a publishing house, Magdalena Dębowska worries that Polish readership ‘is at an historic low.’ In our series with specialists (analysts, visionaries, and players) who will speak to issues in the seven pivotal publishing markets of Frankfurt Book Fair’s conference, we hear now from Magdalena Dębowska of Krakow’s Karakter publishing and the Polishrights.com literary agency. She’s one of the industry players from Poland who’ll speak with delegates at The Markets: Global Publishing Summit on October 18.

As described in Publishing Perspectives’ white paper on The Markets: Global Publishing Summit, Poland “has become something of a gateway to the Eastern European market and has enjoyed foreign capital investments for publishers from international companies like Sanoma, Wolters Kluwer and Pearson, and, in the distribution sector, by the Czech investment fund Penta.”

Today in our series of interviews with speakers engaged for The Markets conference at Frankfurt’s Business Club in October, we hear from Magdalena Dębowska, who is co-founder and co-owner of Karakter, a publisher, and a literary agent who represents translation rights for today’s Polish literature.

We start by asking Dębowska where she sees the pressure points facing the Polish market.

1. Lack of market regulation. “There is no fixed-price policy in Poland,” Dębowska tells Publishing Perspectives, “which is one of the major factors responsible for the poor state of the book market.

“There is an ongoing price war among bookstore chains, Internet bookstores, and wholesalers. Readers get used to the fact that sooner or later they will buy a book discounted. More often than not, this is possible on the very day the book is published. Books are considered to be expensive without a reason, since there are so many outlets which offer them so much more cheaply.

“So independent bookstores struggle to survive, and 2016 has seen a substantial decrease in their number.”

2. The market is under-developed in terms of author representation. “There are few agents representing Polish authors in Poland and abroad,” says Dębowska.

“Several major publishing houses have their own foreign rights departments. But other than that, this branch of the market—rights sales—is virtually nonexistent.

“What’s more, the preference among authors is to deal with publishers directly, rather than hire an agent.”

3. Readership in Poland is at an historic low. “We see reading decreasing from year to year,” says Dębowska.

“People don’t read, they don’t have the habit of reading. This is because of several factors including bad education and the unattractiveness of libraries—which have been under-financed for many years, even decades. People don’t keep books at home, they don’t read to children.

“Reading is non-existent in the public domain. No actor or singer would share their favorite books on Instagram. Politicians don’t read, and they say so openly.”

Publishing Perspectives: Give us a bit about how you’ve formed your insights into the market. What’s your background in the industry there?

Magdalena Dębowska: I’ve been working as an agent and independent publisher for eight years now, running the literary agency Polishrights.com, and co-running the publishing house Karakter. Before that, I worked for almost seven years as foreign rights manager at Znak, a major Polish publishing house.

Because of my work experience—both with a big market player  as well as with a fresh, small, independent house—I’ve been able to gain different perspectives on the market. Being active in publishing for the last 15 years has allowed me to observe the development of the market and the way it dealt with major problems and concerns.

PP: What stands out for you among things you’ve seen change in all that decade and a half?

MD: Price wars have become fiercer. And the inability of Polish publishers to form any partnerships, unions, or trade organizations has contributed to a market that’s fragmented. Each player is looking after their own business, rarely beyond it.

PP: And you’ve mentioned a problem of no regulation in the market?

MD: Almost nothing has been done in terms of policymaking to offer the market any framework, something within which all our players could function. Despite several attempts, no laws have been passed, and the current authorities seem to have no interest in this matter.

PP: Can you see a bright spot along the way? MD: A lot has been done for libraries in the past several years. The Book Institute—a gem of an institution with a team truly devoted to books and literature—has been operating a program in which many libraries were renovated or built, equipped, and so on.

So the work of the Book Institute has greatly improved the situation, with programs directed at libraries, readers, publishers, and booksellers, as well as a wide range of activities and programs dedicated to promoting Polish literature abroad.