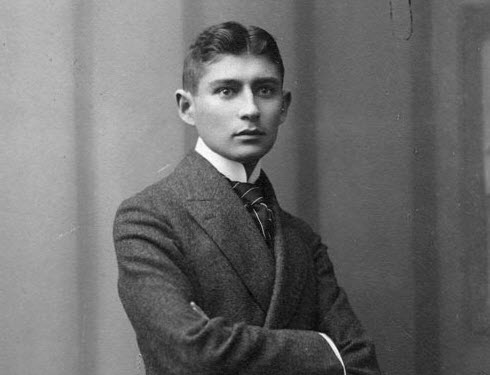 Promising that the Kafka-Brod papers will be made ‘accessible in the broadest way for generations to come,’ a long legal controversy comes to an end at the National Library of Israel.

The National Library of Israel has announced that, “After eight years of legal proceedings, the [Israeli] Supreme Court ruled that all of Max Brod’s writings, among them the writings of his friend Franz Kafka, are to be moved and deposited at the National Library.”

The Guardian quotes a report from Agence France-Presse (AFP) in Jerusalem to provide the background to the case. Brod was a friend of Kafka (1883-1924)to whom the Prague-born writer willed his manuscripts after his death. As the AFP report reminds us: “Kafka had instructed Brod to burn the manuscripts after his death but his friend did not honor that request and took them with him when he fled the Nazi invasion of Czechoslovakia in 1939 and emigrated to Palestine.

“On his death in 1968, Brod bequeathed the papers to his secretary Esther Hoffe, with instructions to give them to the “Hebrew University of Jerusalem, the municipal library in Tel Aviv or another organization in Israel or abroad”.

“But Hoffe, who died in 2007, instead kept them and shared them between her two daughters – sparking multiple legal battles.”

During those legal proceedings, the State of Israel demanded that Hoffe’s heirs surrender all the documents involved, including unpublished writings, arguing that Brod’s last will should be honored. His daughters though, refused, arguing that the papers were given to their mother by Brod, and it was her right to use them in any way she chose.

In its ruling, the Supreme Court said: “Max Brod did not want his property to be sold at the best price, but for them to find an appropriate place in a literary and cultural institution.” During her lifetime, Hoffe had sold the original manuscript for The Trial, for $2 million.

The materials, which have been kept in Chavah Hoffe’s possession in safe deposit boxes said to be in Israel and Switzerland, are to be moved to the National Library.

As The National Library of Israel article has it:

“The decision is in accordance to Brod’s will and testament that mentions the National Library as his preferred location in which to leave his estate. With this ruling, the Supreme Court accepts the Library’s position that Max Brod wished to leave his estate to the Library and that it is time to fulfill his will.”

“This is a celebratory day for any person of culture, in Israel and abroad,” said David Blumberg, Chairman of the Board of the National Library. “The Supreme Court asked the National Library to do its utmost to reveal Brod’s estate to the public. The National Library will follow the court’s ruling and will preserve the cultural assets by keeping them in the country as well as making them accessible to the general public.”

The National Library is to receive materials that include letters written by Kafka to Brod, Kafka’s Paris journals, drawings, and many of Brod’s own works and letters to Kafka.

The library’s writeup says, “It is fair to assume that many other treasures are hidden among Max Brod’s personal material which will be exposed and catalogued by the National Library. As time goes by they will be made accessible in the broadest way for generations to come.” The Mordecai Ardon Windows at the National Library of Israel. Image: NLI