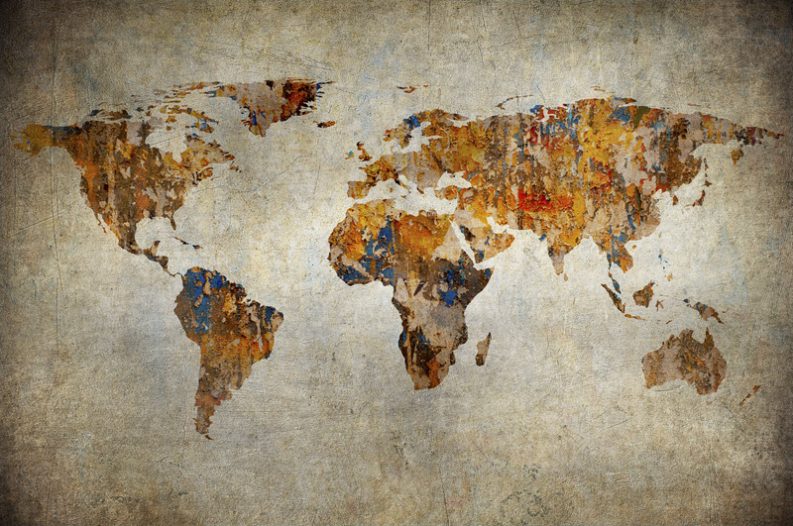 With China making a strong showing on the upper end of the list, a new ranking of 2015 revenue demonstrates that the “Big Five” aren’t necessarily the largest when all sectors are considered. In his discussion of Publishers Weekly’s determination of the world’s largest publishers in 2015, Jim Milliot’s “hammer headline” is a good one: “Digital disruptions, soft economies challenge even the globe’s biggest players.”

The ranking is based on the Global Ranking of the Publishing Industry, an annual Livres Hebdo listing researched by Vienna-based consultant and Publishers Forum director Rudiger Wischenbart co-published by co-published by Bookdao, China, The Bookseller, UK, buchreport, Germany, Publishers Weekly, USA, and PublishNews Brazil. As he writes, “Pearson maintained its place as the world’s largest book publisher in 2015, but that doesn’t mean the U.K.-based company didn’t face its share of challenges. The company began a major restructuring effort in the year that included the sale of the Financial Times and its stake in The Economist.

“Pearson also announced in January 2016 that it will cut about 4,000 jobs from its worldwide educational publishing operation, in an attempt to ‘create a single global product organization.’”

Pearson’s total revenue, Milliot writes, would go on to fall from more than $7 billion to $6.6 billion last year.

Nevertheless, Milliot’s appraisal of comparative standing among the majors sees the five largest world publishers of 2014 remaining as the leading five in 2015, where size is determined by 2015 revenue levels:

Some might be surprised to see that the Big Five in trade publishing do not stack up as the biggest worldwide when all sectors, such as scholastic publishing, are taken into account. In fact, it’s the only one among the Top 10.

As Milliot writes, Bertelsmann AG’s “Penguin Random House, with worldwide revenue of more than $4 billion, was, once again, the only purely trade publisher to be among the world’s 10 largest publishers (Hachette Livre holdings [at No. 8 on the list] combine trade and educational publishers).”

Cengage Learning—here is Publishing Perspectives’ interview with Cengage’s Michael Hansen—follows HarperCollins at No. 14 with $1.6 billion.

Chinese companies, Milliot writes, were introduced to the list when they began to “provide verifiable financials,” and there are five of them on the list this year, representing a quarter of the Top 20 largest publishers.

Some of the more familiar publishers’ names found on the ranking. The Perseus Books Group, for example, was sold to Hachette Book Group USA (taking Perseus’ publishing arm), and Ingram Content Group bought Perseus’ distribution units. And in Italy, Mondadori’s bid to buy RCS Libri was approved, a move that Milliot writes should boost Mondadori’s standing in the 2016 list.