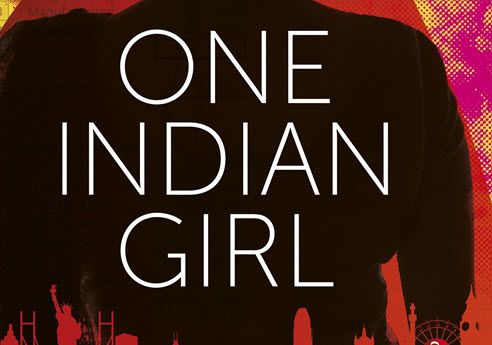 New book, old book: A quick-selling contemporary Indian book and a long-baffling ancient codex are in the news this week in international industry channels. Launched as part of an online partnership between Amazon and Rupa Publications, the pre-orders went live on Amazon at 2 p.m. Friday (August 19) and within two hours had surpassed pre-sales the retailer has seen since that country’s site went live in 2013.

Bhagat, a banker-turned-writer whose first novel is Five Point Someone, took to Twitter to announce the title of his newest book, which tells the story of an “Indian girl who is intelligent and successful, because of which she finds it difficult to get love.” He seems to have set off a wave of pre-sales.

Bhagat, who is credited by some for pioneering “campus novels,” says his intent in the new book is to question discrimination against women. The book is written in first person, in the voice of a woman.

In a blog post, the five-time novelist writes: “It (the book) hopes to question society, which judges women achievers. It asks why when it comes to love, being intelligent and too successful is almost a drawback for women.”

In a video trailer, the book’s text opens: “Hi, I’m Radhika Mehta and I’m getting married this week…One, I make a lot of money. Two, I have an opinion on everything. Three, I have had sex before. Now, if I were a guy, you’d be cool with all this. Since I am a girl, these things don’t really make me too likeable, do they?”

In the US and Spain: That Book We Can’t Read

Scholars have long been stumped by the manuscript, held in a vault at Yale University’s Beinecke Library. The codex features an “intriguing mix of elegant writing and drawings of strange plants and naked women,” prompting some to believe that it has magical powers.

“Within the manuscript’s 240 pages are vibrant sketches, including more than a hundred unknown plant species, mysterious astral charts and drawings of nude women…

“Stranger still, the swirls of script filling the pages of the book…are as inscrutable as the slime trails left by a garden slug. Yale University calls it a scientific or magical text, circa 1401 to 1599 (although that range is appended with a question mark), and believes the script is a cipher based on Roman letters.

“Those familiar with the manuscript say it should come with a warning. ‘The Voynich Manuscript has led some of the smartest people down rabbit holes for centuries,’ Folger Shakespeare Library exhibit curator Bill Sherman told The Washington Post in 2014.”

Now, after a “10-year appeal for access,” Siloe, a publishing house in northern Spain, has won the right to “clone” the manuscript, much to the delight of publisher Juan Jose Garcia.

Siloe, which specializes in publishing facsimile editions of old manuscripts, has purchased the right to make 898 faithful replicas of the Voynich—”so faithful,” writes AFP, “that every stain, hole, sewn-up tear in the parchment will be reproduced.”

Siloe always publishes 898 replica copies of a work it reproduces, at least since the success of its first facsimile, which was given 696 copies Yale University Press has a $50 facsimile with accompanying essays planned for a November release.

The Beinecke’s curator, Raymond Clemens, tells AFP that Yale decided to allow Siloe to produce the facsimiles because so that “libraries and museums have a copy for instructional purposes, and we will use the facsimile, ourselves, to show the manuscript outside of the library to students or others who might be interested.”

Yale University Press is listing a facsimile of its own with accompanying essays, for a price of $50 with a release date of November 22. In that edition, University of Southern California historian Deborah Harkness provides an introduction.

The manuscript gets its name from antiquarian Wilfrid Voynich, who purchased it around 1912 from an Italian collection.

The book itself is said to be more than 200 pages long and to include fold-outs. Siloe will take nearly a year and a half to produce the first facsimiles.

“We call it the Voynich challenge,” the publisher, Jose Garcia, is quoted saying. “My business partner…says the author of the Voynich could also have been a sadist, as he has us all wrapped up in this mystery.”