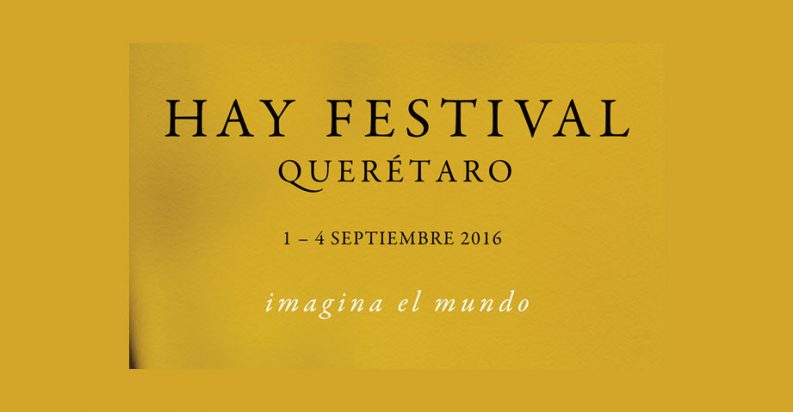 This year’s Mexican edition of the festival that started life in a Welsh valley takes place in the picturesque colonial-era city of Querétaro.

‘A Festival of Ideas’

The Mexican edition of the Hay Festival of literature and the arts will this year be held, September 1 to 4, in the central city of Querétaro. This, after it was moved to Mexico City in 2015 from its original venue of Xalapa.

That move from Xalapa was made to protest the rising number of murders and disappearances of journalists in the state of Veracruz, of which Xalapa is the capital. Since 2005, 24 journalists and photographers have been reported murdered in the coastal state on the Gulf of Mexico.

This year’s event is scheduled to include the participation of 2008 Nobel laureate in literature Jean Marie Gustave Le Clézio.

France’s Le Clézio is no stranger to Mexico. He served part of his military conscription in the country in the late 1960s after he’d been expelled from Thailand for protesting child prostitution. Le Clézio will participate in a talk with Mexican novelist Carmen Boullosa, in an homage to Shakespeare, Miguel de Cervantes and Peruvian writer Inca Garcilaso as part of this year’s festivities to commemorate the 400th anniversary of the three writers’ deaths.

In addition, the lineup features Ahmed Ben Tahar Galai, Vice President of the Tunisian Human Rights League, which is part of the Tunisian Dialogue Quartet that collectively won the 2015 Nobel Peace Prize.

Since 1976, the Human Rights League has sought to promote a free and transparent democracy in Tunisia, in alignment with the intent of the so-called Jasmine Revolution of 2010 and 2011. Tahar Galai will speak about immigration and is to be accompanied by Argentine lawyer Luis Moreno Ocampo and Franco-British lawyer Philippe Sands.

Sands is the author of East West Street: On the Origins of Genocide and Crimes Against Humanity (Knopf, May) will discuss the Middle East and emergence of the Islamic State.

Hay Festival Querétaro is to be set in various venues of Querétaro.

The Hay group of festivals, begun in Hay-on-Wye in Wales and held there annually, also has editions ahead in:

For more on the philosophy of the Hay network of festivals, here’s festival founder Peter Florence in a video.