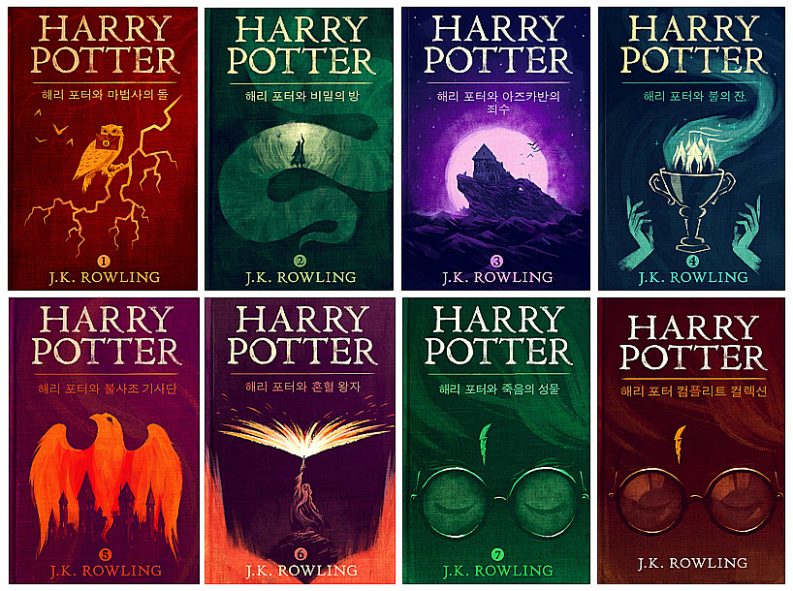 South Korea becomes the latest country to get the Harry Potter series of seven books and the new ‘Cursed Child’ playscript in ebook format. This time, they’re in both Korean and English. In a statement provided to us, Trajectory’s management says: “Trajectory was selected by Pottermore, the London-based publisher of the Harry Potter eBooks and digital audiobooks as well as the digital entertainment news and e-commerce company from J.K. Rowling, to work with three premiere retail partners in Korea to sell the Harry Potter ebooks.  The three companies are: Yes24, Kyobo Book Center and RidiBooks.”

In this case, Trajectory is supplying the Potter ebooks not only in Korean but also in English. In doing so, CEO James Bryant tells Publishing Perspectives, it’s opening an English-language ebook store, which might be of interest to other publishers.

Speaking for Pottermore, CEO Susan Jurevics is quoted in the statement as saying: “As the publisher of the Harry Potter ebooks and digital audiobooks, Pottermore is proud to make the ebooks available to Korean readers for the first time.

“Korea has a large and passionate base of Harry Potter fans and now they can easily access all the Harry Potter ebooks and enjoy them on their favorite digital devices.”

“Also, we are pleased to work hard with Pottermore to launch the Korean translations as ebooks.”

On behalf of Yes24, CEO Ghio Kim is quoted saying: “I am really pleased that YES24 is the provider of the Harry Potter ebooks, which have been awaited eagerly by many Korean readers for a long time.

“YES24 will try to provide even more variety of ebooks to readers, as well.”

Trajectory’s role is as an ebook distribution network. The company is managing the retail partners in South Korea on Pottermore’s behalf.

Co.Mint, a digital content consulting firm in South Korea, is working in partnership with Trajectory.

News reports this week include The Bookseller’s Kiera O’Brien’s writeup on the Harry Potter and the Cursed Child  playscript (from Little, Brown UK) going to a second week in the No. 1 spot for UK sales.

In the States, the playscript—which is written by Jack Thorne with input from Rowling and the West End play’s director John Tiffany—was released by Scholastic with a printing of some 4.5 million copies. According to Nielsen BookScan, first-week US sales were around 2.5 million, with mass merchants (Walmart, etc.) getting the biggest boosting some 848,000 units, according to Jim Milliot at Publishers Weekly.

There is some disagreement among the Potterites, as Alexandra Alter at The New York Times writes, some fans saying they’re unhappy that Rowling isn’t the actual writer of the latest work and that it’s being sold in playscript form.

Overall, however, many observers see the “eighth Harry Potter book” as the blockbuster missing so far from 2016’s season. Others warn, as Knopf Executive Vice President Paul Bogaards has told The Hot Sheet, “Blockbusters are imperfect bellwethers when it comes to assessing the overall health of our industry, mostly because they are outliers.”