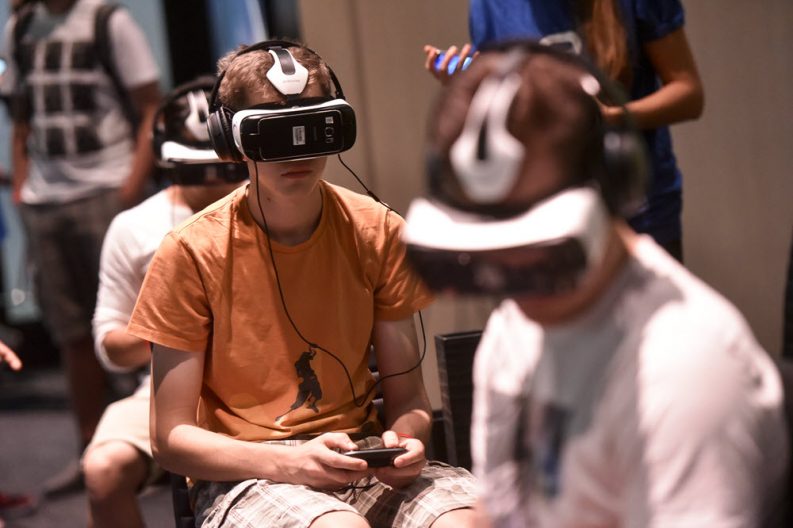 Three German companies, another from Belgium and one from the UK will pitch video game projects to specialists later this month at GamesCon in Cologne. Oculus Rift in Hall 9 at the 2015 GamesCom in Cologne. Image: GamesCom

Our last mention of the chance for publishers this month to present their projects at GamesCom in Cologne was a call for submissions.

Now, Frankfurt Book Fair has announced the five publishing companies that will engage in the “Publishers’ Pitch session on August 17, as part of Gamescom’s “license day.”

The point of pitching in this session will be to offer books that have potential for gaming development. As many as 100 developers, producers and licensing specialists are expected to attend and hear the publishers’ pitches.

Topics included in the content on offer, according to organizers, includes a “range from the history of the Knights Templar and a dystopian story about Hamburg in 2084, to a manga-style graphic novel and some imaginative learning activities for children.” Holger Volland, Frankfurt Vice President of Conferences and Creative Industries, is scheduled to speak at GamesCom on the subject of virtual reality as a new interface for theater and art—this in reference to Frankfurt’s new THE ARTS+ programming.

Classified as Europe’s leading B2B (business to business) entertainment trade fair, GamesCom is scheduled to present several experts with Volland in his session, “A New Stage: Virtual Reality Meets Highbrow Culture” on August 18. Volland will be joined by Thomas Bedenk of Exozet; Olaf Zimmermann of the German Cultural Council, and Dr. Thomas Oberender of the Berliner Festpiele.

“This event,” according to media information, “is intended to build a bridge between highbrow culture and technical innovation, and to examine the associated challenges of stage-setting and storytelling.”