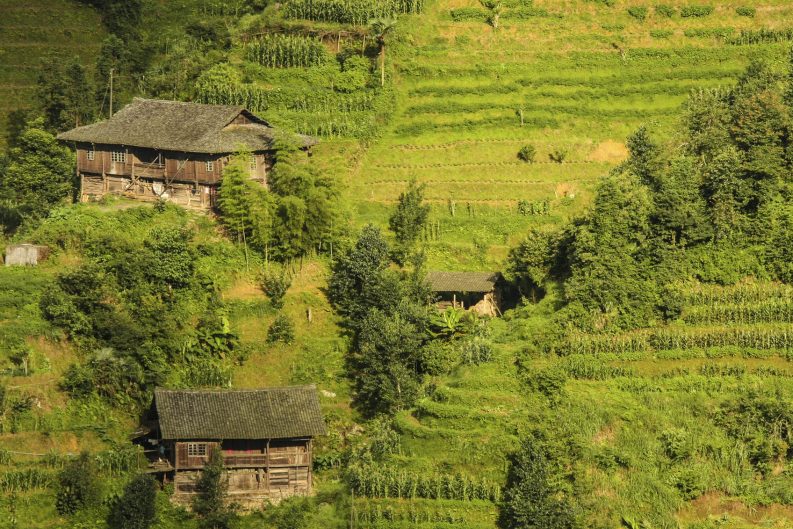 China’s cultural tradition sees a history ‘lousy with apocalypses,’ as Isaac Stone Fish writes, but fictional calamities are rare when the end ‘has no end.’ ‘The mountains and rivers will remain,’ as Isaac Stone Fish writes, in reference to the poet Du Fu. Image – iStockphoto: Juhku

‘Destroying the World Is Fine’

At Foreign Policy Magazine, Arts Editor Isaac Stone Fish examines the question of why apocalyptic fiction seems not to have caught on among the Chinese readership.

Fish starts with a 2014 quote from one of China’s top science-fiction authors, Liu Cixin: “In Chinese science fiction, extraterrestrial civilizations were usually imagined as benevolent and wonderful. This set off the contrarian in me, and I decided to imagine a worst-case scenario.”

Liu’s Three-Body Trilogy, the first two books of which have been recently published in English, differs from most Chinese sci-fi, Fish tells us, in its comparatively dark tale of aliens coming to destroy the world.

“Liu’s series, the best-selling sci-fi novels in China in decades,” writes Fish, “has attracted much attention both domestically and internationally: The White House announced last year that President Barack Obama was reading The Three-Body Problem, the first in the trilogy, as part of his Christmas-break vacation reading list.”

And Fish writes of Liu telling him in an interview that in typical Chinese fiction, “destroying the world is fine,” but destroying China is not.

Fish’s research tells him that, “While the Chinese have on occasion written apocalyptic fiction, with few exceptions its authors can never bear–or dare–to destroy their country.”

There have been, he writes, rare exceptions, particularly after Tiananmen Square. Wang Lixiong’s 1991 novel Yellow Peril imagines a China in 1998 with an economy in freefall; with a civil war raging that sends “hundreds and millions of Chinese” to escape for the safety of Russia, Europe, and the US. Arrested after the publication of the book and released with a warning, Wang would later apologize for the novel.

The Chinese distaste for the kind of fondness American readers and others see to have for dystopian and apocalyptic work seems to be, Fish writes, related to religious tradition.

“China does not follow the Judeo-Christian tradition that foretells the apocalypse and rapture,” Fish writes: “’If the human world becomes too corrupted to live in, you can always withdraw to nature,’ said Sheng Yun, a contributing editor at the Shanghai Review of Books.

“Instead of wishing for a great fire or flood to cleanse corruption or immorality, as persists in the Western tradition, the Chinese reaction is to retreat to an often fantastical earthly paradise, she said.

“(That’s not to say China lacks a substantial fantasy tradition: The mercurial Monkey King is the protagonist of 1592’s Journey to the West, one of the country’s most famous novels.)”

And while he regards China’s tradition of “doomsday prophets and dreamers who reached deep into Chinese history and society to criticize its present,” Fish writes, “The Chinese don’t need zombies to destroy their country. Their history’s ghosts are devastating enough.”

Fish reports that in a chat room at the Chinese Q&A Web site Zhihu, a participant asked why there are so few apocalyptic films and fiction in China.

The reply from a commenter: “One day your house could be torn down, and you’d be left with no compensation, nothing. Does that count as the apocalypse?” Such fiction, this respondent suggested, is as useful to those at the bottom of Chinese society as “knitting wool.”

Fish’s extensive essay references a line from the ancient poet Du Fu’s Spring Gaze invoking the ruinous 755-763 An Lushan Rebellion, “The country is shattered, but river and mountains remained.”

The spirit he captures here is one that tells us, of “the permanence of nature that even An’s marauding troops couldn’t destroy.”