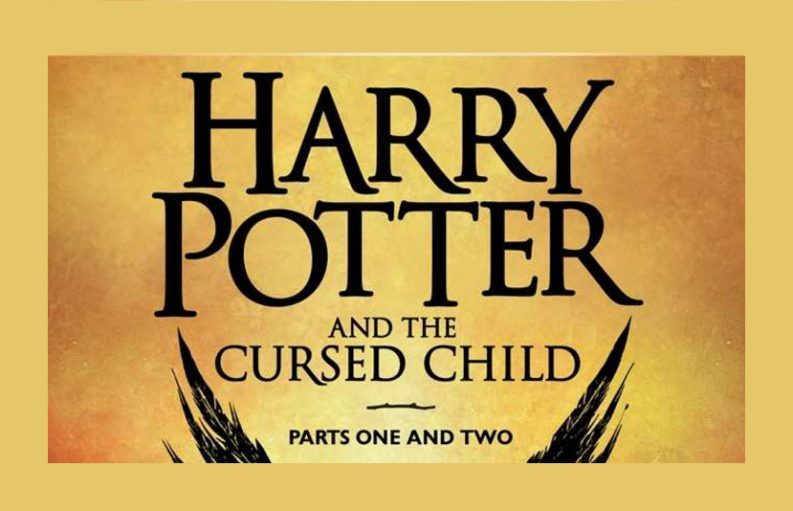 First 7 Potter Books Have Sold 160 Million in US

Having started the week with news of the Harry Potter books’ arrival in China in ebook format for the first time, we now know of Scholastic’s announcement of formidable sales for the “eighth Potter book,” the playscript of Harry Potter and the Cursed Child, Parts One and Two. In today’s news release (August 3), Scholastic trumpets “more than 2 million copies” of the playscript being sold in the first two days.

Cursed Child has three authors: J.K. Rowling is joined by John Tiffany and Jack Thorne, and the stage show opened to wide acclaim in London’s West End on July 30. The script is published by Scholastic in the US and Canada, producing this North American sales report of more than 2 million copies in two days.

“Eager fans of all ages gathered at midnight parties in bookstores and libraries to get their copies of Harry Potter and the Cursed Child, bringing communities together to celebrate the magic of reading and the power of great storytelling,” says Ellie Berger, President of Scholastic Trade, in a prepared statement.

“It’s an incredible start and all the signs are indicating continued strong sales for this exciting release.”

The Arthur A. Levine release (an imprint of Scholastic) has a cover topped with “Special Rehearsal Edition Script,” no doubt generating extra excitement among theater fans.

Scholastic’s statement offers this background on the previous series Potter books for context:

At The Bookseller in London, Lisa Campbell writes, “The Harry Potter and the Cursed Child playscript has sold 680,000 print copies in the UK in its first three days of sale, according to Little, Brown – making it the fastest-selling book in a decade.”

Ironically, The Girl on the Train is still whizzing down the tracks to glory in the UK, because the release date of Cursed Child was July 31 and Paula Hawkins’ steam engine. The Bookseller’s Keira O’Brien reports that Train is in a fifth (non-consecutive) week at the top spot, “the longest-running fiction Number One since E.L. James’ Grey.”

“There’s no doubt about it; this will be our biggest book of the year.”Kate Skipper, Waterstones, to The Bookseller

However, it’s axiomatic that Hawkins’ runaway will be derailed on the next report in the UK, where Campbell goes on to write:

“In the three days since publication, [Cursed Child] has already beaten the biggest single week of sales for any title this decade, which was Fifty Shades of Grey in 2012, with 664,478 print copies sold.

“If it continues to sell at this rate, it will be the second biggest-selling single week for one title since records began, with Harry Potter and the Deathly Hallows as the first, which sold 1.8 million copies plus 780,000 units of the adult edition in its launch week in July 2007. The first Nielsen BookScan figures will be published next week (August 9).

“With the 680,000 print figure alone, indications are the market’s volume could be boosted 21 percent week-on-week.”

The beleaguered and influential bookstore community in the UK is understandably chuffed by this rapid lift-off of the new Rowling read.

“By the end of this first week,” Skipper tells Campbell, “we expect to exceed The Lost Symbol sales and to match the lifetime sales of our bestselling script book ever, An Inspector Calls by J. B. Priestley.  There’s no doubt about it; this will be our biggest book of the year.”