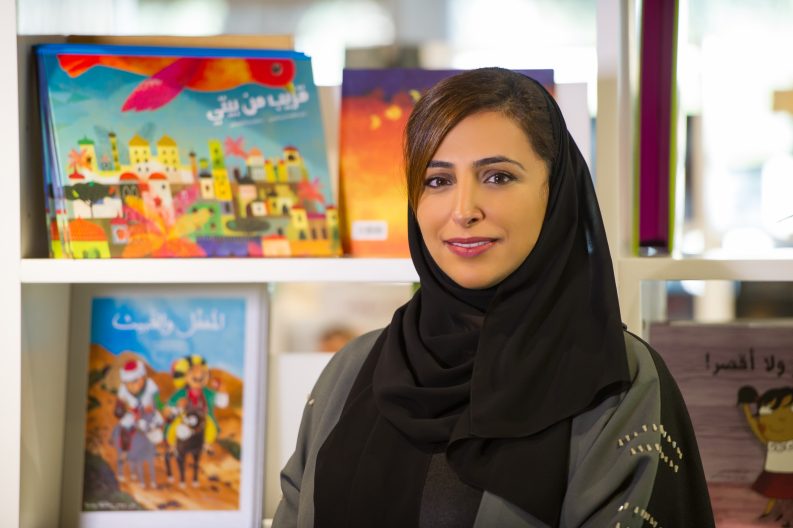 With a major Arab presence in the Latin American world, how much do the regions’ book industries trade? The UAE’s Bodour Al Qasimi leads a trade mission to São Paulo. Latin America and the Arab Diaspora

As our regular readers know, countries from both Latin America and the Arab world are among the seven featured nations of The Markets: Global Publishing Summit, presented by Frankfurt Book Fair and Publishing Perspectives on October 18. Here is our free white paper on the pivotal markets of that conference, you’re welcome to download it.

One of the most interesting things that The Markets format can encourage is a heightened awareness of one region by another, leading to communication, networking, and business—international engagement that can be profitable all around.

As part of our ongoing coverage of the run-up to The Markets, we hear today from a speaker in the 2016 program, Sheikha Bodour bint Sultan Al Qasimi of the United Arab Emirates. Bodour is the founding publisher of the Kalimat Group, an Executive Committee member of the International Publishing Association (IPA), and founding patron of the Emirates Publishers Association (EPA).

“Latin America has the largest population of people of Arab descent outside the Arab world.”Bodour Al Qasimi

Our conversation gives us a chance to look into the growing relationship between Arab and Latin American publishing interests, a relationship that will be heightened with The Markets’ inclusion this year of Brazil and the United Arab Emirates.

Having spoken with Bodour last month about the forthcoming Sharjah Publishing City free trade zone for publishing, we’ve learned that she and the EPA are leading a publisher delegation to São Paulo Biennial Book Fair this month.

We start by asking Bodour for some of her key impressions of the Latin American region and its potential before the Sal Paulo trip.

Publishing Perspectives: With Sharjah and São Paulo some 7,600 miles apart, how have recent developments spurred your interest in Latin American markets? Bodour Al Qasimi: Over the last decade, Latin America has experienced significant economic and social transformation. Illiteracy and poverty—which once denied many in the region the pleasure of reading and led to books being considered luxury products—have fallen dramatically.

Similarly, many of the countries in the Arab world have experienced increasing standards of living in the last decade, and this has lifted millions out of poverty, swelling the ranks of the middle class and producing a growing new generation of future readers.

In such rapidly developing and modernizing economies, surging literacy rates and government investment in education, health, and infrastructure place a premium on high levels of human capital. Book publishers—vital brokers of knowledge in Latin America and the Arab world—have a key role to play in enabling these socio-economic transformations.

In both regions, United Nations statistics show that youths between 15 and 24 make up close to 20 percent of these populations. This young, expanding demographic is digitally connected, highly literate, and wants access to more diverse content. While some of the countries in the Arab and Latin American regions have recently experienced slowdowns, demographic and long-term growth trends still present a compelling market opportunity for international publishers.

PP: Is it possible to quantify the trade activity between Latin American and Arab interests?

PP: How much translation is involved in these existing levels of trade?

Bodour: Despite increasing global demand for translated fiction and the large Arab diaspora in Latin America, trade in translated books between the regions remains small.

Such statistics reveal an unrealized opportunity for increased trade in translated titles between the Arab and Latin American regions.

PP: What’s the extent of the Arab presence in diaspora in Latin America?

“The Arab region is one of the most connected parts of the world, and our youthful, technology-embracing, digitally-empowered population offers a big opportunity for Latin American publishers to provide Arabic digital content—ebooks, apps, video, audio, infotainment, gaming, and e-learning.”Bodour Al Qasimi

Bodour: Latin America has the largest population of people of Arab descent outside the Arab world.

Although precise statistics aren’t available, estimates of the size of the Arab diaspora in Latin America range from 17 to 30 million people, ranging from some 1,400 people in French Guyana to as many as 12 million in Brazil. Estimates are that in Brazil alone, there are more people of Lebanese descent than in Lebanon itself.

PP: We don’t tend to think of Arab culture as being sharply distinctive in Latin America, though, do we?

Bodour: When compared with other regions, the Arab diaspora in South America is more socially and politically integrated.

But in spite of such good integration, Arabs in diaspora retain a cultural affinity for their homelands.

For example, cookbooks featuring Arabic cuisine are very popular in Latin America. In light of the surging interest we see today in so many parts of the world, there should be significant opportunities for Arab publishers to increase the number of translated Arabic titles that reach Latin American markets.

This potential is reflected the 186-percent growth we’ve seen in exports from the United Arab Emirates to Latin America since 2009.

PP: And how about the other direction? How have Latin American publishers fared in the Arab world?

“Instead of the approach taken to reach English-speaking readers in the Gulf Cooperation Council countries, a better option may be to focus on translated Arabic-language titles, in order to meet the demand for genre diversity that Arab publishers aren’t fulfilling at the moment.”Bodour Al Qasimi

Unfortunately, Latin American publishers haven’t been as successful in accessing market opportunities in the Arab world.

Instead of the approach taken to reach English-speaking readers in the Gulf Cooperation Council (GCC) countries, a better option may be to focus on translated Arabic-language titles, in order to meet the demand for genre diversity that Arab publishers aren’t fulfilling at the moment. Several studies in the Arab world show that the traditional focus of Arab publishers on genres like religion, culture, and history hasn’t evolved to meet changing consumer tastes and preferences for more diverse genre coverage.

The Arab region is one of the most connected parts of the world, and our youthful, technology-embracing, digitally-empowered population offers a big opportunity for Latin American publishers to provide Arabic digital content—ebooks, apps, video, audio, infotainment, gaming, and e-learning.

PP: When you go to the São Paulo Biennial this month, what goals will your publishers’ group focus on?

Bodour: The delegation will include several leading publishers from the United Arab Emirates and Arab world. We’ll explore chances to expand rights sales as well as to co-develop potential programs for trade with Latin American publishers, national publishing associations, and other stakeholders.

The Emirates Publishers Association trade delegation to São Paulo is part of a larger strategy to support Latin American publishers in making a market entry into the Arab world. At the same time, we want to increase rights sales and exports of Emirati and Arab publishers’s content to Latin America.

The approach is wider, too, involving more significant participation by Emirati and Arab publishers in key Latin American book fairs, such as Buenos Aires’ and Guadalajara’s international book fairs.

PP: And how do you look to analyze the results of these engagements?

Bodour: To measure the success of these efforts, the Emirates Publishers Association will treat our evaluations as collaborative learning tools so we can improve, adjust, and increase the impact of its trade-development efforts.

We plan to share information both on successes and failures with publications such as Publishing Perspectives so that the industry as a whole can learn. That way, we can all collectively and collaboratively address market and industry issues that might otherwise limit or prevent inter-regional trade cooperation.