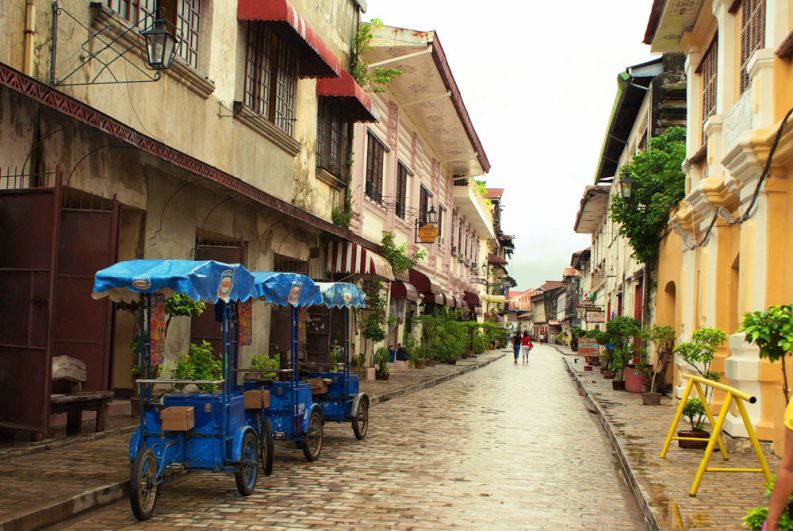 In her appraisal of The Philippines’ book industry challenges, Manila-based literary agent Andrea Pasion-Flores talks of the disparities of retail access to books in various parts of the country. In the historic district of Vigan on The Philippines’ island of Luzon. Image – iStockphoto: Lana Byko

In our series with specialists (analysts, visionaries, and players) who will speak to issues in the seven pivotal publishing markets of Frankfurt Book Fair’s conference, we hear now from Andrea Pasion-Flores of the Jacaranda Literary Agency in Manila. Pasion-Flores is one of the industry players from The Philippines who’ll speak to delegates at The Markets: Global Publishing Summit on October 18.

‘A Young and Vibrant Workforce’

Jacaranda Literary Agency is a boutique literary agency working out of three cities—Bangalore, Singapore and Manila.

As she told Publishing Perspectives‘ Hannah Johnson for our white paper on The Markets: Global Publishing Summit, Pasion-Flores sees “a young and vibrant workforce imbued with growing national economic confidence.”

In that discussion, she went on, “The unemployment rate was down to 5.7 percent in 2015, far from the targeted 6.6 percent. The economy grew by 6.9 percent in the first half of 2016, higher than last year’s 5 percent for the same period.” And that growth, she says, is “sustained by strong government and consumer spending.”

Nevertheless, Pasion-Flores agrees with Bolasco that there are challenges. And we begin by asking her to pinpoint such areas for us in The Philippines market. 1. “K-12 literature,” Pasion-Flores says, is of key interest as “publishers in The Philippines address the challenges of a newly installed K-12 system.

“They’re rapidly producing and recalibrating books for an educational market that added two years of high school to the system,” she says, “while also addressing a call for a multilingual approach to basic education. Though it certainly expanded their markets, it’s something that publishers will be addressing for the next couple of years until the situation normalizes.”

2. “Competitiveness” is another interest Pasion-Flores cites.

“There have been tremendous improvements in the quality of the books and the writing coming out of the country,” she tells Publishing Perspectives, “demonstrated by the number of Philippine authors winning international awards as well as selling to international publishers.

“Local trade book publishers have to compete with thousands of imported books from all over the world so that, side-by-side with international titles on bookshelves, they must be able to offer products at par. To do this, publishers have to improve their game: they need better-told stories, better covers, better marketing and distribution systems—they need to get better at everything they do, especially since they are also setting their sights overseas where the market is even tougher.

“Even now, international publishers are supplying textbooks to the private schools, once only the domain of local publishers. It shows that buyers will source the best books from wherever they can be found.”

3. “Distribution is really the biggest challenge for publishers doing business in an archipelago of 7,100 islands,” Pasion-Flores says.

“Aside from a shortage of bookstores, which might be only where commercial centers are, libraries aren’t yet a reality in every public school and community. Making government prioritize the building of libraries in schools—as well as funding regular budgets for these libraries to purchase books—is only one of many things needing the attention of stretched public funds.

“To the casual observer, digital might seem the obvious answer to the Philippine situation. But it’s not that easy. Although internet access is available in most cities,  that’s not the case in the provinces and remote areas. And, even when online access is available, The Philippines has one of the slowest and most expensive Internet access scenarios in the region. This again is something that might be addressed either by beefing up the infrastructure to improve this or through the liberalization of the market to allow other providers to come in.”

Publishing Perspectives: Prior to becoming a literary agent, what work gave you some insights into the publishing industry?

Andrea Pasion-Flores: I was previously the Executive Director of the National Book Development Board of the Philippines from 2007-2013.

PP: And you also have the viewpoint on all this of an author, as well, right?

APF: When not thinking about or selling books, I try writing them. I have a collection of short stories published by a university press here.