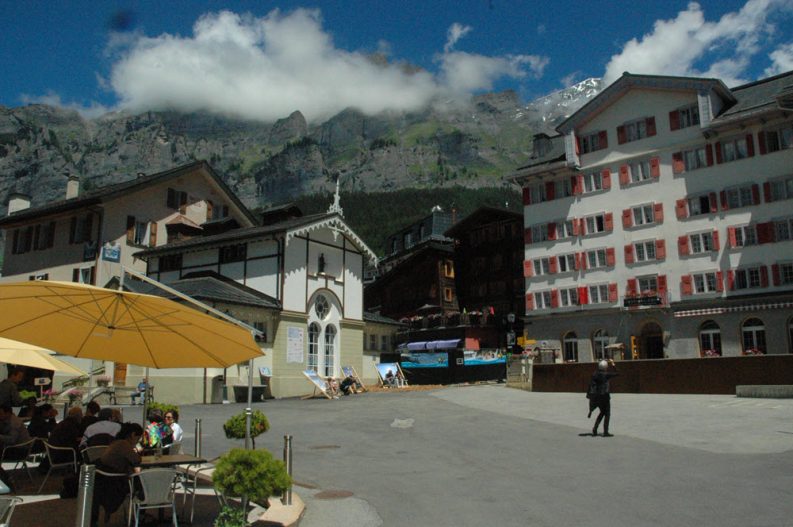 ‘Regional Variants’ in an Alpine Spa

Tfirst weekend of this month brought to a close another round of the Internationales Literaturfestival Leukerbad, among Switzerland’s most international events of its kind. It’s held annually in the Alpine spa, nestled beneath the peaks of the Bernese Oberland.

The four-day festival, this year in its 21st edition, focuses predominantly on German-language writing but always features French and English work, and literature from around the world. James Baldwin used to go Leukerbad to write, using his experiences for his essay “Stranger in the Village,” to which Teju Cole later replied in The New Yorker. The Leukerbad International Literature Festival is run by Anna Kulp and Hans Ruprecht, who also directs the Bern Literature Festival. Leukerbad has funding support from entities including Pro Helvetia—the Swiss Arts Council—the Romande Lottery, and the Canton of Valais.

This year’s program, Kulp says, hosted 33 writers from 14 countries and a record audience of more than 4,000 people who travel from across the country. Among the headline authors from outside of Europe were Canadian poet and translator Anne Carson; the Syrian poet Adonis; Indian novelist and essayist Pankaj Mishra; American translator and essayist Eliot Weinberger; and New Zealand novelist Lloyd Jones.

Novelists Victor Yerofeyev and Vladimir Sorokin from Russia were there, as was the Prix Goncourt-winning French writer Jérome Ferrari.

Events were held in venues across the village, with the format usually in a style common in Germany: a moderator opens with an in-depth analysis of the oeuvre or work at hand, followed by a short discussion, a long reading, no questions from the floor. Audience members seemed attentive, even reverential. This was the case even at the most surprising venue of all, in which attendees sat in an emptied indoor basin of the main thermal spa, gazing up through a haze at Carson, as if from an orchestra pit. Asked why she keeps returning to classical literature for inspiration, Carson replied coolly, “It’s better.”

But then, seeing how uncomfortable such short shrift made her interviewer, she added, “If the Greek language is a tree, then such writing works right down in the roots. And early in the morning.”

Vladimir Sorokin, removing his jacket at the start of his reading, remarked, “Well, I’ve read in many places; but never in a swimming pool before.”

The most entertaining event was a midnight performance on Friday organized in a restaurant perched at the entrance to the Gemmi Pass overlooking the village, a cable car ferrying guests up the sheer cliff-face. Over glühwein (mulled wine) and surrounded by stuffed marmots and chamois, we listened to Pedro Lenz’s surreal prose poetry, accompanied by Evelyn and Kristina Brunner on double bass, cello and accordion. Publishing Perspectives spoke with Lenz, who has been translated into Glaswegian English, and he talked about a resurgence in Swiss-German writing from the 1970s, a loose movement including writers like Kurt Marti, Ernst Eggimann and Ernst Burren. There still isn’t a huge amount of publishing in Schwyzertütsch (Swiss dialected German).

When asked if it’s strange to do most of his reading in standard German while writing and performing in another dialect, he said he welcomes the fact the Swiss state has never imposed a standard orthography on his language. This leaves writers free to use regional variants and allows him to play around with grammar and form.

At first he wrote in standard German, Lenz said, believing he’d only be able to sell audio recordings that way, but when be brought out his first dialect book it quickly sold better than his CDs.

Lenz now makes his living through performances, some 200 a year, using a network that benefits from the federal Swiss cantonal system. He appears before audiences that number in hundreds, he said, in such settings as Lucerne, Solothurn and Schaffhausen.